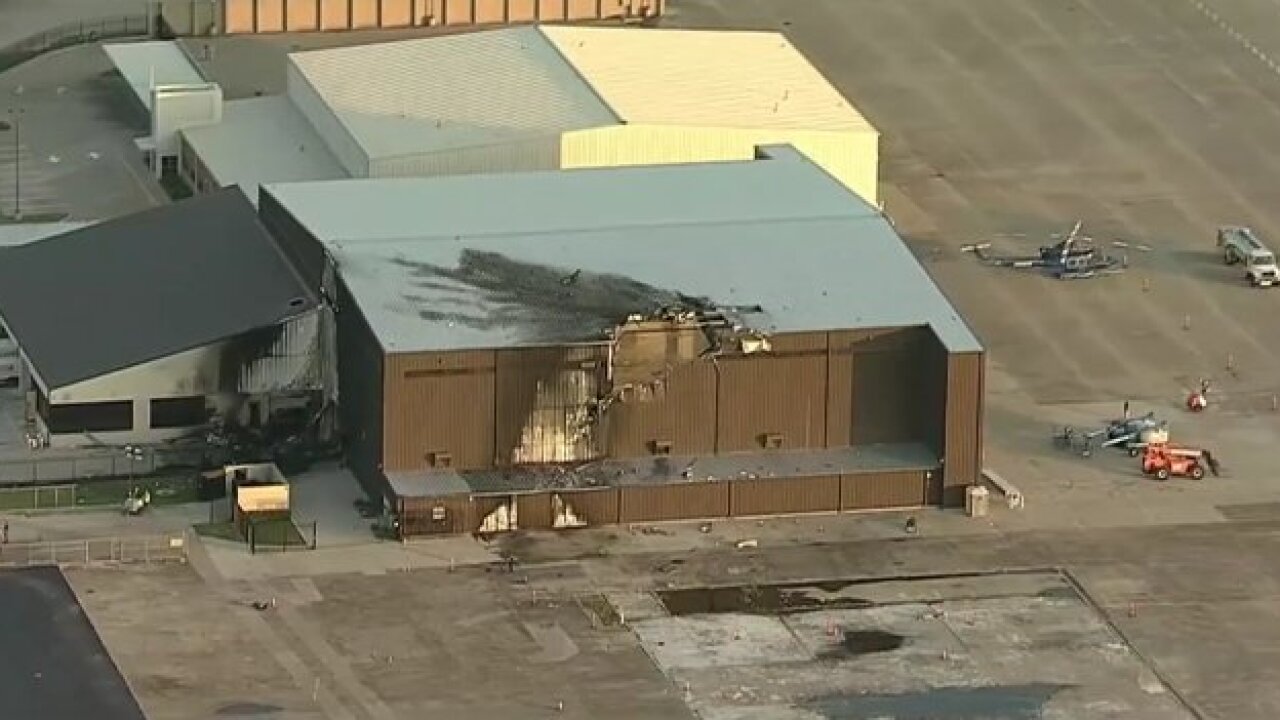 A family of four was among the 10 people killed Sunday in a fiery plane crash in Addison, Texas.

Brian Ellard, 53, Alice Maritato, 15, and Dylan Maritato,13, were among the five people identified by the Dallas County medical examiner's office on Monday.

A statement from the Catholic Diocese of Dallas said Ellard was Alice and Dylan's stepfather, and named Ornella Ellard -- the children's mother and Brian Ellard's wife -- as another victim of the crash. Mille Lire, a Dallas restaurant Brian Ellard co-owned, also issued a statement naming Ornella Ellard as a victim in the deadly crash.

"The Catholic Diocese of Dallas grieves with the communities of All Saints Catholic School in Dallas and John Paul II High School in Plano as we mourn the deaths of passengers Dylan and Alice Maritato, and their mother and stepfather, Ornella and Brian Ellard," Catholic Diocese of Dallas Bishop Edward J. Burns said in a statement. "As a community, we are saddened at the tragic loss of all who perished in the crash and offer special prayers for their families."

The Beechcraft Super King Air 350 aircraft crashed shortly after takeoff Sunday morning when it veered into a private hangar and burst into flames. There were no survivors.

Two of those on board were members of the flight crew and the other eight were passengers, National Transportation Safety Board Chairman Bruce Landsberg told reporters during a news conference Sunday night.

The medical examiner has named five of those killed. Also identified were Stephen Lee Thelen, 58; and Matthew Palmer, 27.

Members of the NTSB arrived on the scene to investigate the crash Sunday and began assessing the damage to the plane immediately, Jennifer Rodi, senior air safety investigator with the NTSB, told reporters.

The plane suffered damage from the force of the impact and the fire that broke out after the crash, Rodi said.