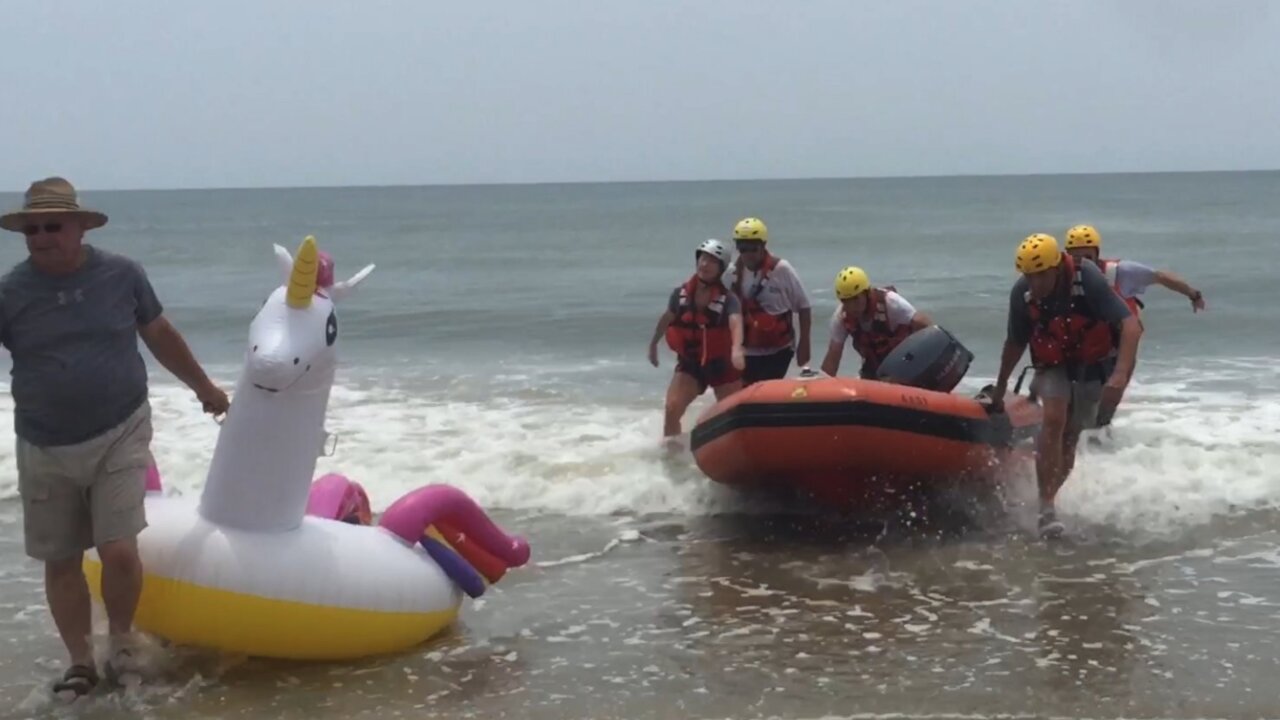 A day at the beach turned into a frightening rescue for one 8-year-old boy after the giant unicorn-shaped raft he was playing on suddenly drifted out to sea.

Declan O'Connor found himself holding on for life as high winds swept him further into the Atlantic Ocean, the unicorn's head and horn serving as a stand-in sail.

Luckily for the boy, a team of rescuers were quickly on scene and retrieved him. Local rescue chief Tony Young credited the boy's decision to stick with the unicorn —a wise move, or else he might've drowned.

"We've rescued dozens of these things over the years, but this was the first time there was actually a little kid attached to it," Young told CNN affiliate WWAY .

The boy and the unicorn were initially stationed on the sand before a strong wave pulled them in the water. By the time his father jumped in to rescue him, the boy floated almost a half-mile beyond the shoreline.

Members of the Oak Island volunteer rescue team sent a boat out less than 15 minutes after O'Connor's parents, who were visiting from Ohio, called them. The team gave him a life jacket and helmet, and he was reunited with his family as another volunteer dragged the unicorn to shore.

The team rescued around six oversized pool floats last year, Young told CNN. They're typically about six feet tall and eight feet wide, enough to fit a couple kids. And while they're frequently sold at beach stores, the floats are labeled warning against their use in open water.