A 12-year-old boy was dragged, then run over, by a school bus in NC; the boy has been released from the hospital as the bus driver faces charges. 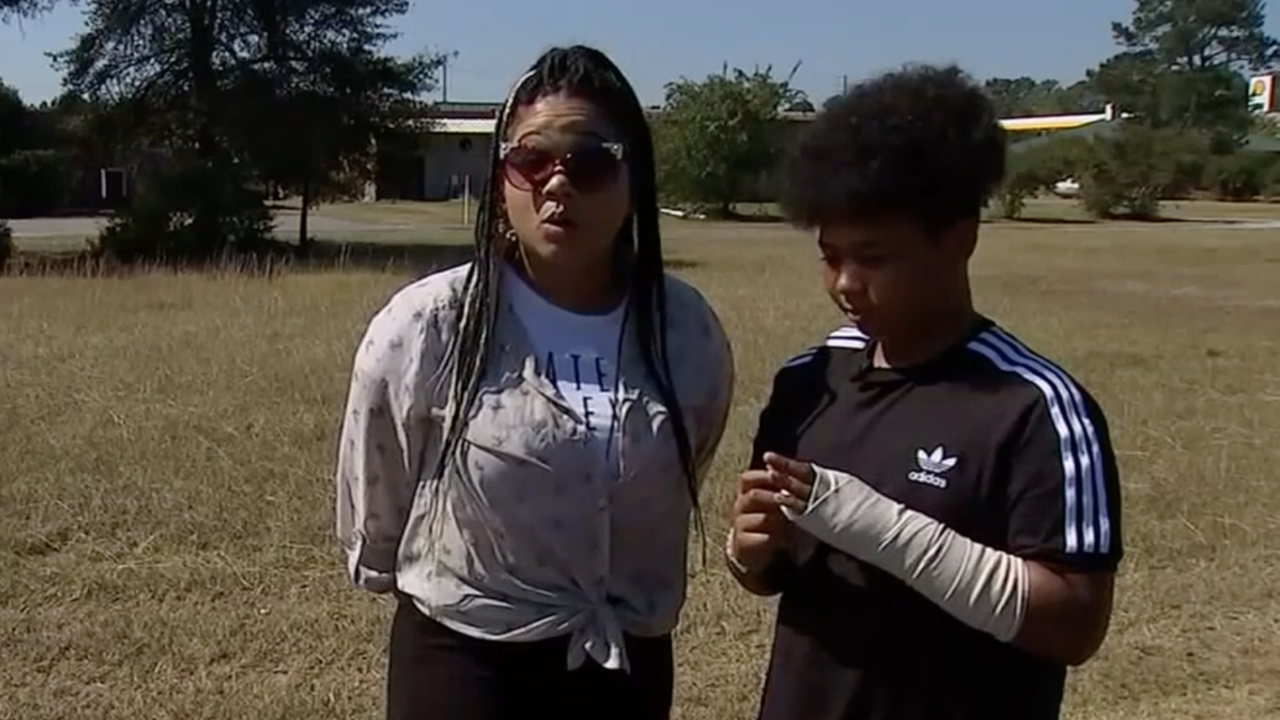 TAYLORTOWN, N.C. — A 12-year-old boy in North Carolina is recovering from injuries after being dragged and run over by the school bus he was riding Wednesday afternoon, according to the North Carolina State Highway Patrol.

The boy, identified as Zion Baker, was getting off the school bus when the doors closed on his backpack and the bus began to move, dragging him about 10 feet, authorities said. He was able to break free from his backpack but the rear tire of the bus ran over his arm.

The mother of the boy, Serena Thomas, told WTVD that her son suffered wrist and elbow injuries as a result of being run over, in addition to bruises and scrapes.

"A bus driver is supposed to make sure that her kids are supposed to be safe," Thomas told WTVD. "I don't send my son on a school bus to get hurt."

The bus driver isn't driving while the school district investigates the incident, WRAL reports. The driver has been charged with reckless driving.

"Moore County Schools deeply regrets this incident occurred," the school district said in a statement to WRAL. "We are working with the student’s family to ensure a smooth transition when he returns to school in the next several days."