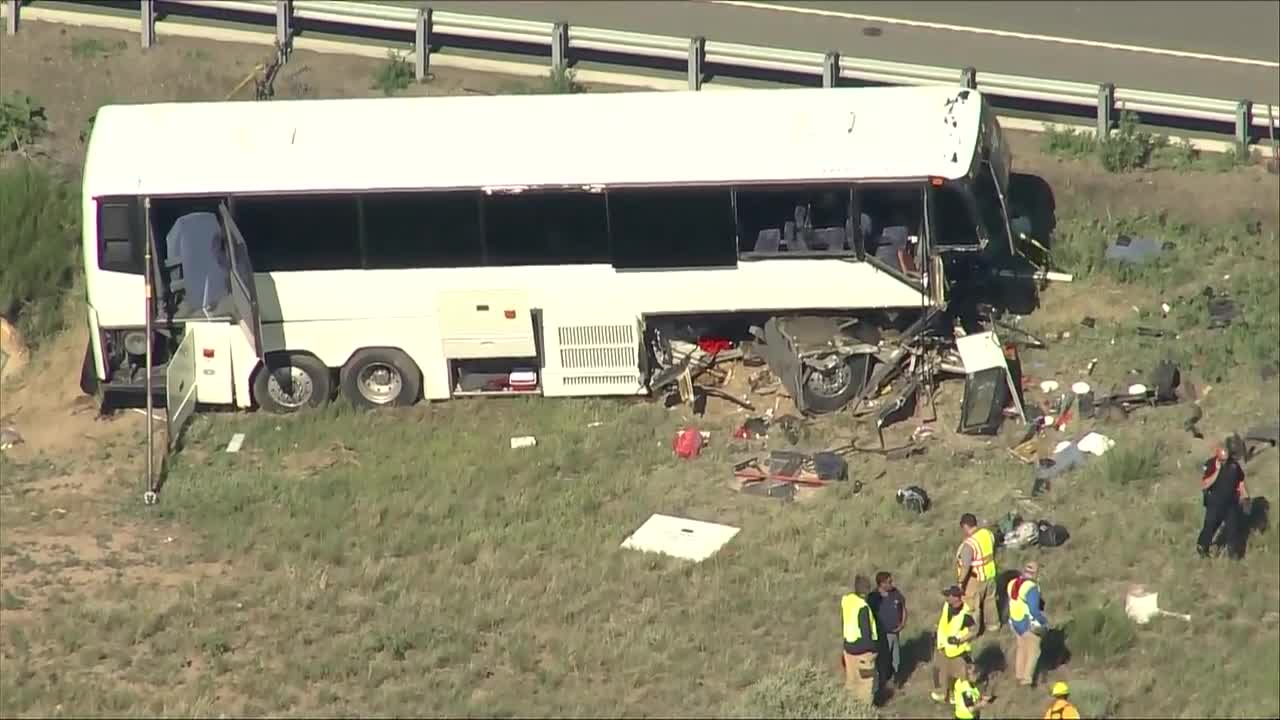 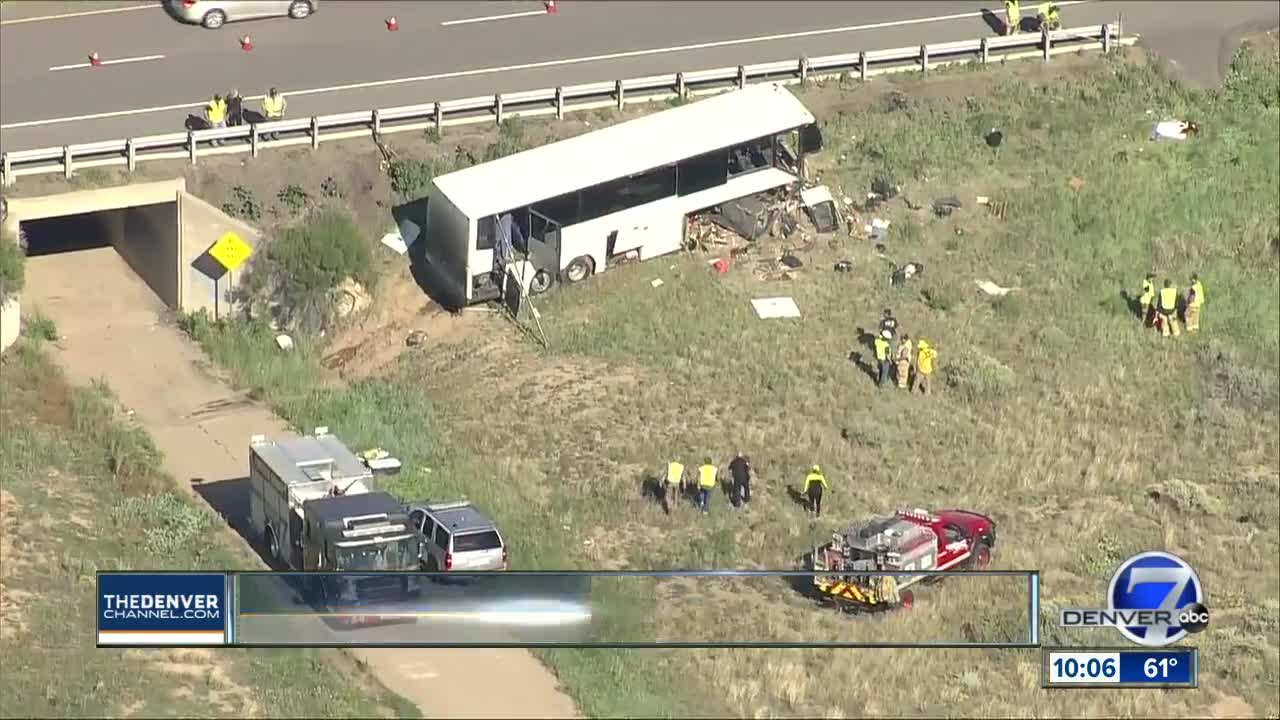 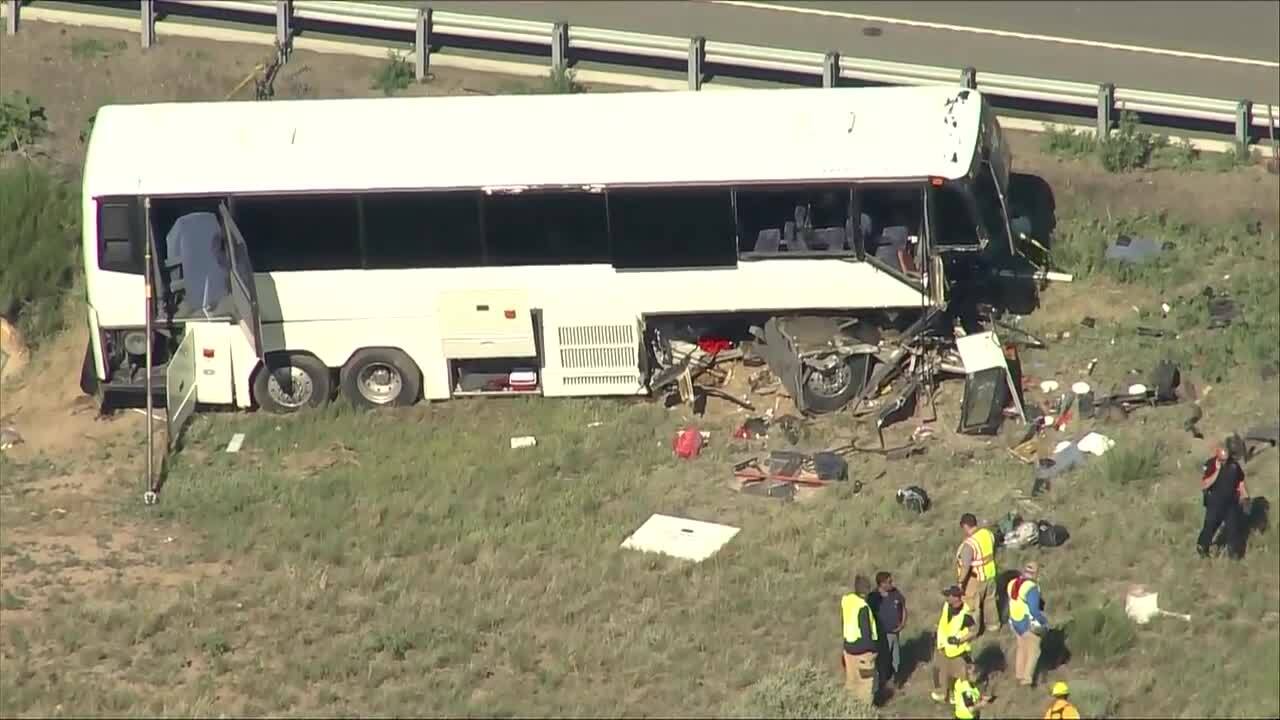 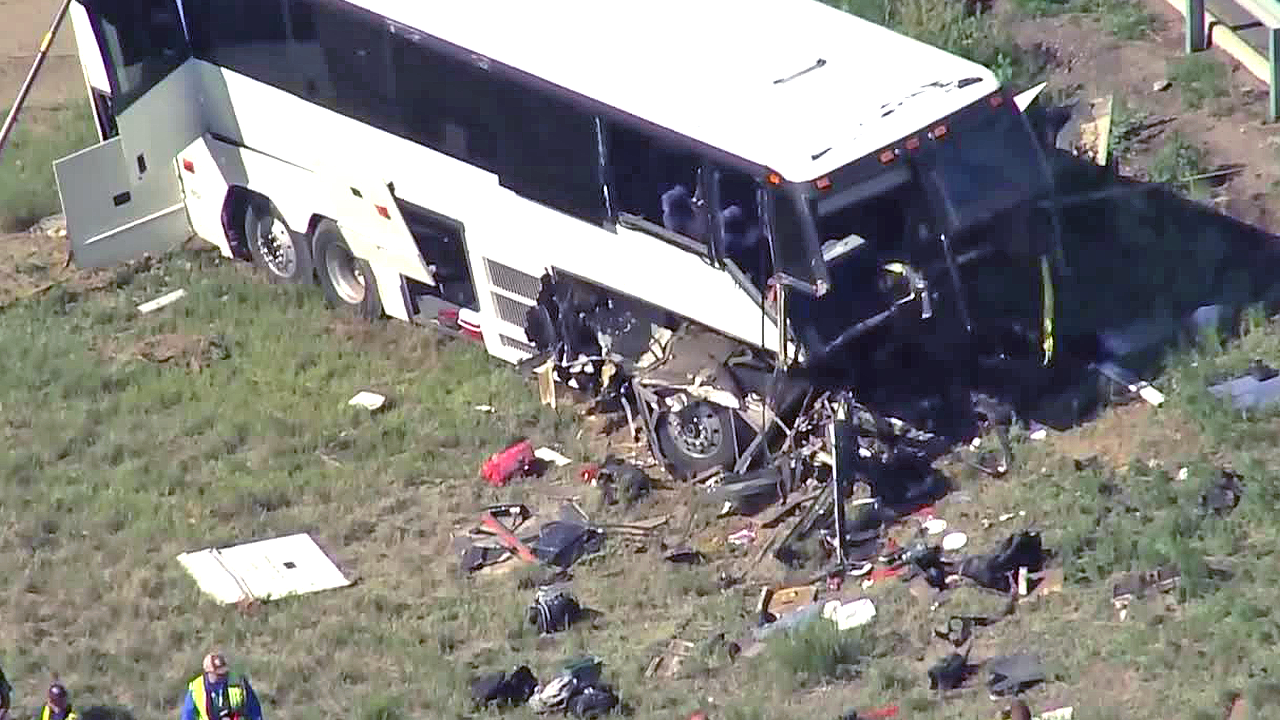 The bus, carrying a group from a New Mexico Catholic organization, was traveling southbound when it veered off the highway and struck part of a bridge embankment structure around 2:30 p.m. near mile marker 109, about 10 miles north of Pueblo.

The 22-year-old male bus driver and another person, whose age and name is unknown, were killed in the crash. The 13 other passengers suffered injuries ranging from minor to critical, State Patrol Sgt. Blake White said during a Sunday evening briefing.

State Patrol Cpl. Ivan Alvarado said the unidentified driver might have suffered a medical incident, possibly a seizure. He was ejected from the bus when it veered west off the roadway and struck the dirt embankment, Alvarado said. The front of the bus sustained significant damage, leading to the two deaths, he said.

The group on the bus were from the Aquinas Newman Center at the University of New Mexico. They were returning home to New Mexico from the Steubenville of the Rockies Catholic conference in Denver when the crash occurred.

The CSP said three medical helicopters responded and dozens of ambulance and fire crews transported occupants of the bus to hospitals. Authorities said five people had to be extricated from the wreckage.

Authorities closed one lane of traffic in the area, causing extensive backups in both directions.