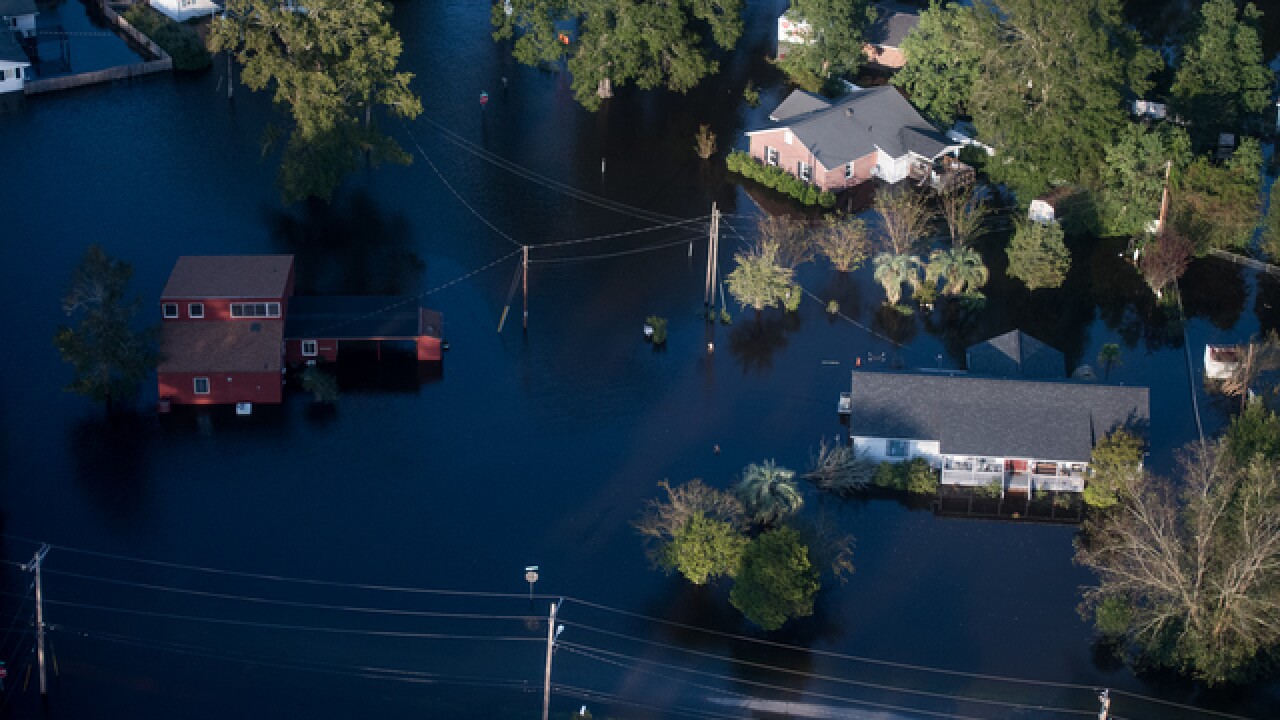 Copyright 2018 Scripps Media, Inc. All rights reserved. This material may not be published, broadcast, rewritten, or redistributed.
Sean Rayford
<p>CONWAY, SC - SEPTEMBER 17: Homes are surrounded by floodwaters from Hurricane Florence on September 17, 2018 in Conway, South Carolina. Many rivers in the Carolinas are approaching record flood stages and their levels will continue to rise through the week. (Photo by Sean Rayford/Getty Images)</p>

Approximately 1.7 million chickens drowned in flood waters caused by Hurricane Florence and more than 6 million more are in danger, according to a major poultry producer.

On Monday, Sanderson Farms, Inc. released a statement explaining that the chickens died at 60 independent farm buildings across the state of North Carolina. The company added that the number of chickens killed might continue to increase, as a result of the flooding.

"In addition, approximately thirty farms, housing approximately 211,000 chickens per farm, in the Lumberton, North Carolina, area are isolated by floodwaters and the Company is unable to reach those farms with feed trucks," the company wrote in a press release. "Losses of live inventory could escalate if the Company does not regain access to those farms."

Sanderson Farms, Inc. says it does not believe the loss of housing capacity will affect its ongoing operations.

So far, at least 32 people's deaths have been attributed to Hurricane Florence, and that number is expected to increase as flooding continues.