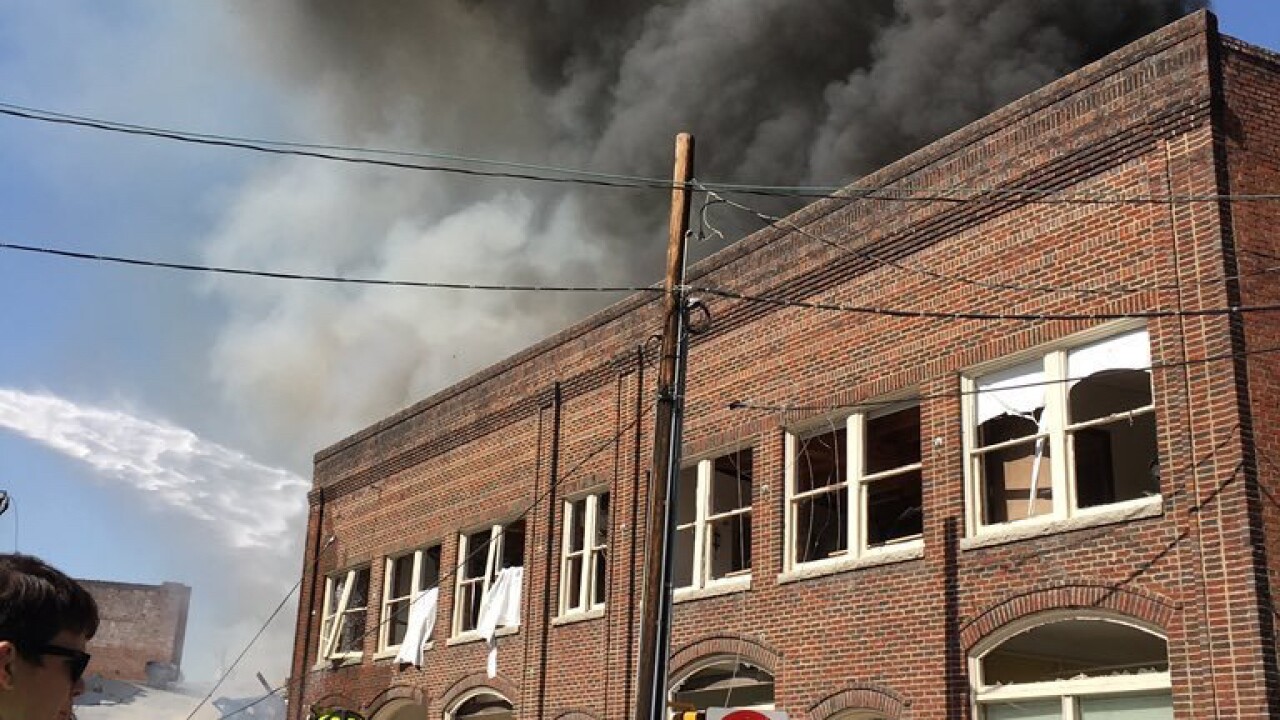 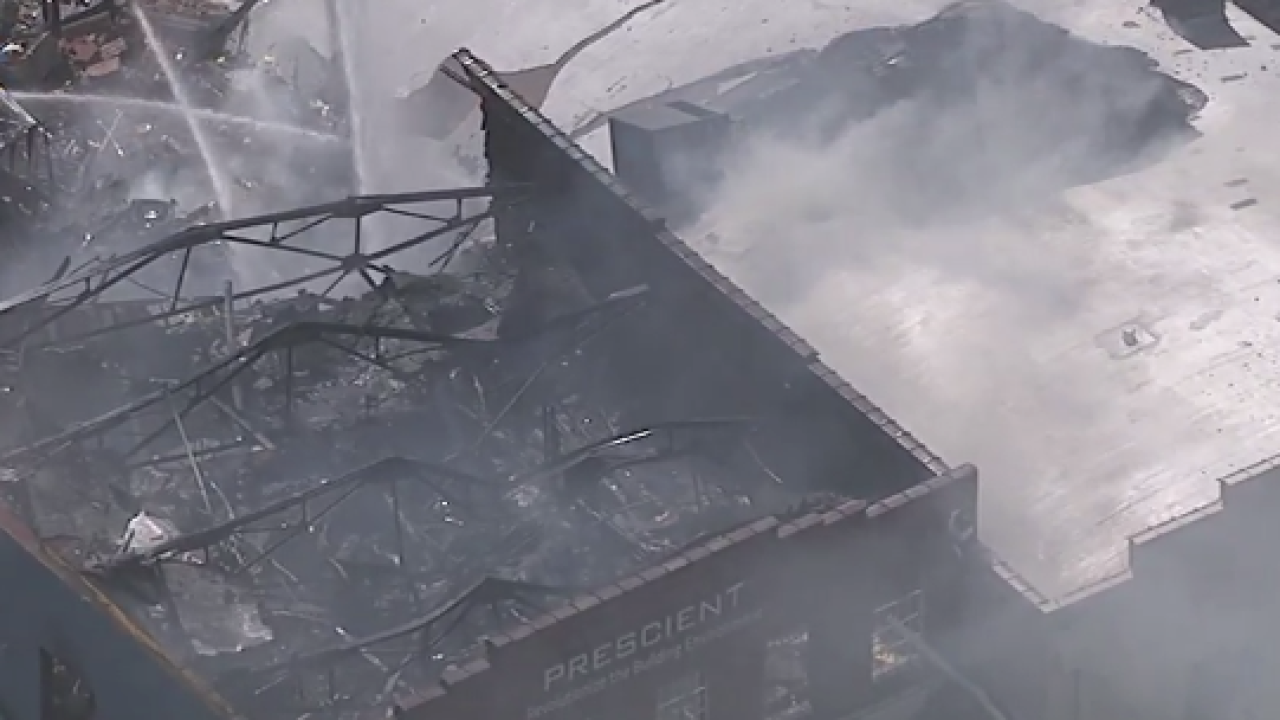 The cars near the site of a gas explosion that killed one person in Durham, North Carolina, on Wednesday look like they've been in accidents.

Windows are blown out. Air bags are deployed. Some have dents and dings. The roads are awash in glass, so much so they glisten. The air reeks of dust and pollen.

Some 60 emergency responders and cleanup people are on the scene of the blast, which happened hours earlier after someone smelled gas.

The blast occurred just after 10 a.m. in the busy area of Brightleaf Square, where people grab a morning coffee and visit other shops. A contractor boring under the sidewalk hit a 2-inch gas line, said Durham police spokesman Wil Glenn.

The search-and-rescue mission has given way to a cleanup operation. Workers were using heavy-duty backpack blowers to clear debris on the ground and firefighters were spraying the remaining hot spots with water.

One of the critically injured patients was taken to the North Carolina Jaycee Burn Center in Chapel Hill, VanVleet said. A Dominion Energy employee who responded to the initial gas leak was among the injured, police said.

The firefighter's injuries are serious but not life-threatening, Zoldos said. He was in surgery, the chief said.

Authorities asked people to avoid the Brightleaf Square area and warned that parts of downtown will be closed, possibly for a couple of days, as they conduct their investigation.

Maverick's Smokehouse & Taproom, though closed to the public, brought in employees to help feed the emergency crews.

A witness described a scene like a war zone, with first responders scrambling to ferry injured people to safety after the blast.

"Half the block is destroyed," Jim Rogalski told CNN via text message. "Lots of injuries. Our office across the street was blown out. It was terrifying. Glass and debris everywhere. No one killed in our office but several injuries -- deep cuts, head lacerations."

"The ceiling tiles and structures collapse(d)," added Rogalski, whose workplace is across the street from where the blast occurred. "Windows blown out a block away. Our office was filled with glass, dust and debris."

A human resources employee told Rogalski and his co-workers that authorities were investigating a gas leak across the street and they should remain inside. About 15 minutes later, they heard what sounded like a bomb, he told CNN.

"The first second was stunned silence, then lots of scream(ing) in the building. Several of us shouted, 'Is anyone hurt?'" he recalled. "The injured were quickly taken to an exit."

Another person who works nearby said firefighters entered his building and told employees that workers had hit a gas line, and "we heard the big explosion right after they told us they may evacuate us."

The blast shook the structure and blew out its windows, said the witness, who declined to give his name.

"It sounded like the building was going to collapse, and we left immediately," he said.

Police arrived quickly, within about a minute, Rogalski said, and he went outside to find throngs of people and paramedics trying to help the injured. Firefighters soon arrived and pushed everyone back about four blocks in case of another explosion, he said.

"Paramedics pulled writhing people on the street to safety," he said, adding that he saw bystanders using their own shirts to treat injuries.

The Durham School of the Arts is nearby and reported no injuries but said it was sending students home early. Students without transportation will be taken to the Brogden Middle School auditorium to wait for their parents, the school said.

The building where the blast occurred is a former Studebaker dealership that now appears to host other businesses, including a coffee shop and a mental health clinic. Aerial video showed the two-story building missing its roof and back wall, the inside filled with charred debris.

Four other buildings were damaged, officials said. The city observed the 150th anniversary of its founding on Wednesday.