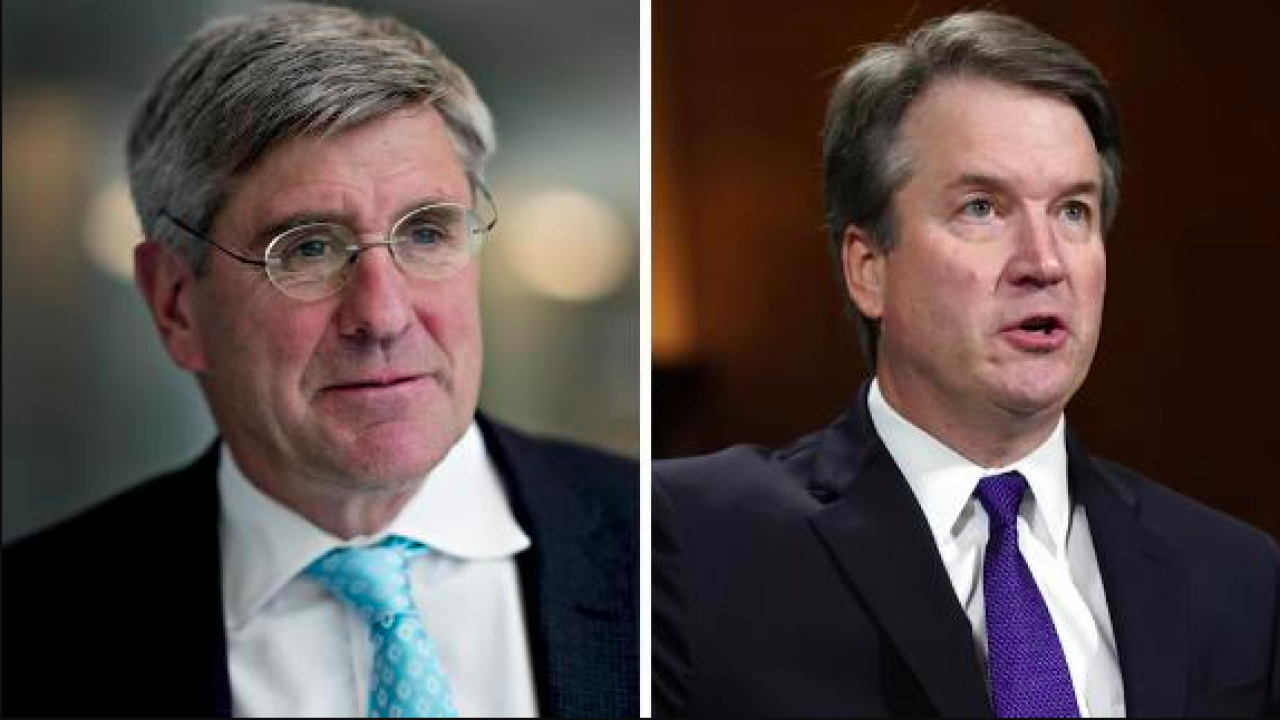 President Donald Trump's Federal Reserve pick Stephen Moore, facing criticism over his past writing about women and gender equality, said he would back out of the process if his previous activities make him a "liability" for Republicans running for re-election in 2020, the Wall Street Journal reported Wednesday.

Moore told the Journal he would remove himself from consideration "'if something I said or something I've done becomes a political problem' for the White House or Senate Republicans, particularly those facing reelection in 2020."

"I don't want to be a liability," he told the paper. "Why should we risk a Senate seat for a Federal Reserve board person, you know? I mean that just doesn't make any sense."

Earlier this week, CNN's KFile reported that Moore had written in columns for the National Review that women should be banned from refereeing, announcing or beer vending at men's college basketball games. He also criticized female athletes advocating for pay equality, writing that they wanted "equal pay for inferior work."

"This was a spoof. I have a sense of humor," Moore, a longtime conservative commentator and former Wall Street Journal editorial board member said..

The White House signaled Wednesday that it still supports Moore as his vetting for the Fed's Board of Governors continues.

In a radio interview Tuesday, Moore compared himself to Supreme Court Justice Brett Kavanaugh, whose confirmation last year was marked by allegations he had committed sexual assault as a teenager. In one interview he said that reporters covering him at various news outlets -- including CNN -- are "pulling a Kavanaugh against me."

Earlier this week, Trump's other pick for the Fed's influential interest rate-setting board, former Republican presidential candidate Herman Cain, withdrew from consideration, citing the pay cut associated with the move, though Cain also faced the revival of previous harassment allegations.

In his interview with the Journal, Moore also commented on the $183,100 salary he would be receiving should he get onto the Fed's board, saying, "I'm not complaining, that's still a high salary," according to the paper.

He noted that one of his sons is set to begin college next year, according to the Journal, and said that although the salary is "not a big deal," "it was certainly a consideration when my family and I sat down and really discussed it."