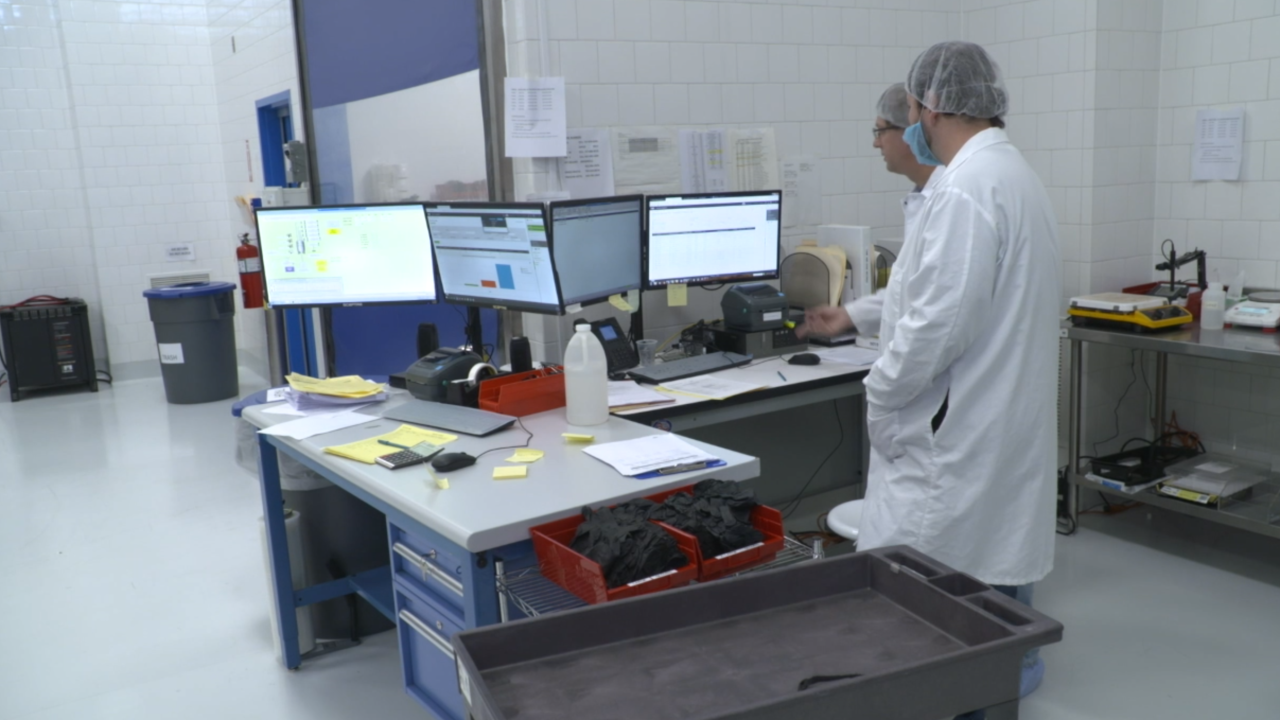 Creating vape juice, the liquid inside e-cigarettes, is a complicated process, that someone like George Cassels-Smith can talk for hours about.

Cassels-Smith’s knowledge of e-juice and the electronic tobacco business stems from his family’s long history in traditional tobacco.

In the early 1900s, his great grandfather ran a company around flavoring cigarettes. His father took the business over and eventually, it fell into his hands after his father passed.

“I lost my father due to cigarettes,” said Cassels-Smith. “He was a lifetime smoker. He had three heart attacks and two strokes and cancer twice, and that’s why I entered into manufacturing e-juice.”

The family business is now eLiquidTech, located outside Maryland.

“I’d like to try and help people with their nicotine dependence with a safer alternative,” he said.

When it comes to the safety of vaping, the Centers for Disease Control says almost 1,500 people around the country with a reported a history of vaping have been hospitalized with acute lung illnesses. More than two dozen people have died from it.

“For the last 10 years, there have been relatively no health risk associated with it or very low,” said Cassels-Smith. “Now, all of a sudden, people are dropping like flies. What has been new that’s been introduced?”

The CDC is still trying to figure that out. However, that question bothered George Cassels-Smith so much, he decided to test every product eLiquidTech makes. The test revealed, “that we were not introducing a biological problem to the agents that we compound.”

Weeks of talking with other vaping manufacturers and industry insiders has left Cassels-Smith believing the cause of the outbreak may stem from black-market products or people introducing additional substances to legally manufactured vaping products. His strongest suggested culprit is THC.

“I have a hypothesis that it is cannabis related,” Cassels-Smith said. “Those are oil-based products for delivering big aerosol, as opposed to PG glycerin-based, which is for making nicotine products.”

Around 78 percent of the people who have come down with vaping related illness, or who have died, have reported using THC liquids in their e-cigarettes. However, the CDC has not definitively pointed to that being the cause of this outbreak.

The CDC’s current statement on the cause of the rash of recent lung illnesses and deaths is, “At this time, FDA and CDC have not identified the cause or causes of the lung injuries in these cases, and the only commonality among all cases is that patients report the use of e-cigarette, or vaping, products.”

“I would ask the CDC and the FDA to carefully look at the delineation into scrutinize what these elements are associated with,” said Cassels-Smith. “We need to do more effort to find out what is exactly doing this.”

Answers would help eLiquidTech’s business, which typically it produces 80,000 to 100,000 kilos of vape juice. But this month, it is only projected to produce 10,000.

“With people dying, I need answers. I need to sleep well at night,” he said. “I am doing everything I can to make sure I am not part of the problem.”

But most importantly, answer would help families, losing love ones around the country from vaping related illnesses.