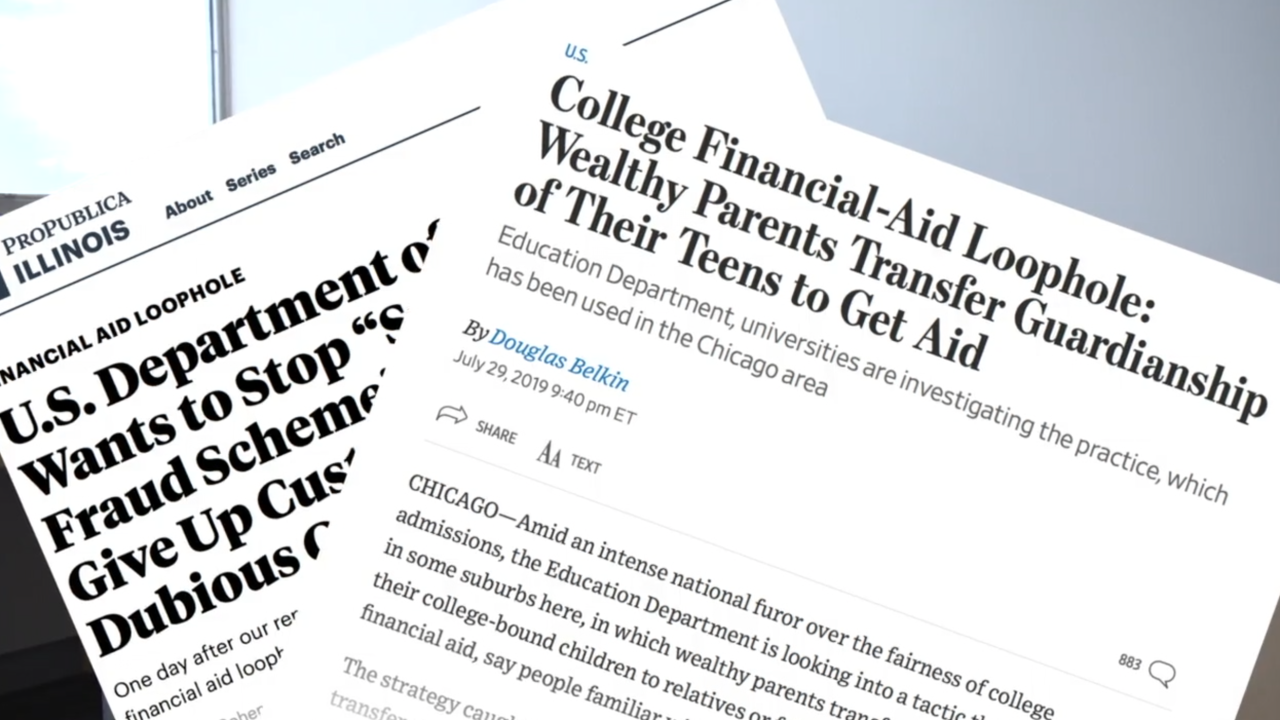 A new reported loophole in the federal financial aid process is raising concerns about fairness.

According to multiple reports, some parents from Illinois are giving up guardianship of their child before they go to college. It gives the student “independent status,” which can help them qualify for more student debt since their parents’ income isn’t considered.

“They’re really taking away opportunity for our low-income students in our state who may be the only access to college,” she says. “The only pathway to college is through state financial aid.”

The reports say more than 40 families in question came from some of the wealthiest places in Illinois: Lake County.

State Representative La Shawn Ford is working to close the loophole to make the system fairer.

“These parents that really have the ability to pay are robbing the dreams of certain families and their kids the ability to go to college,” Ford says.

He says the practice isn’t technically illegal, so any impactful change would have to happen on the federal level. He plans to crack down on private college admission businesses that allegedly pointed parents to this practice.

“They can have some type of restrictions on how they guide and drive people to these types of immoral behaviors," Rep. Ford says.

But others aren’t as confident that new regulations are the solution.

Justin Draeger is one of them. He works for the National Association of Student Financial Aid Administrators.

"What we don't want is an overcorrection that then makes it really difficult, if not impossible, for students who are in legitimate legal guardianships to qualify for financial aid,” says Draeger.

Rep. Ford argues the loophole only exposes a bigger issue.

“If people have to go through measures to lie cheat and rob others of opportunities to go to college,” Ford says, “college is not affordable."