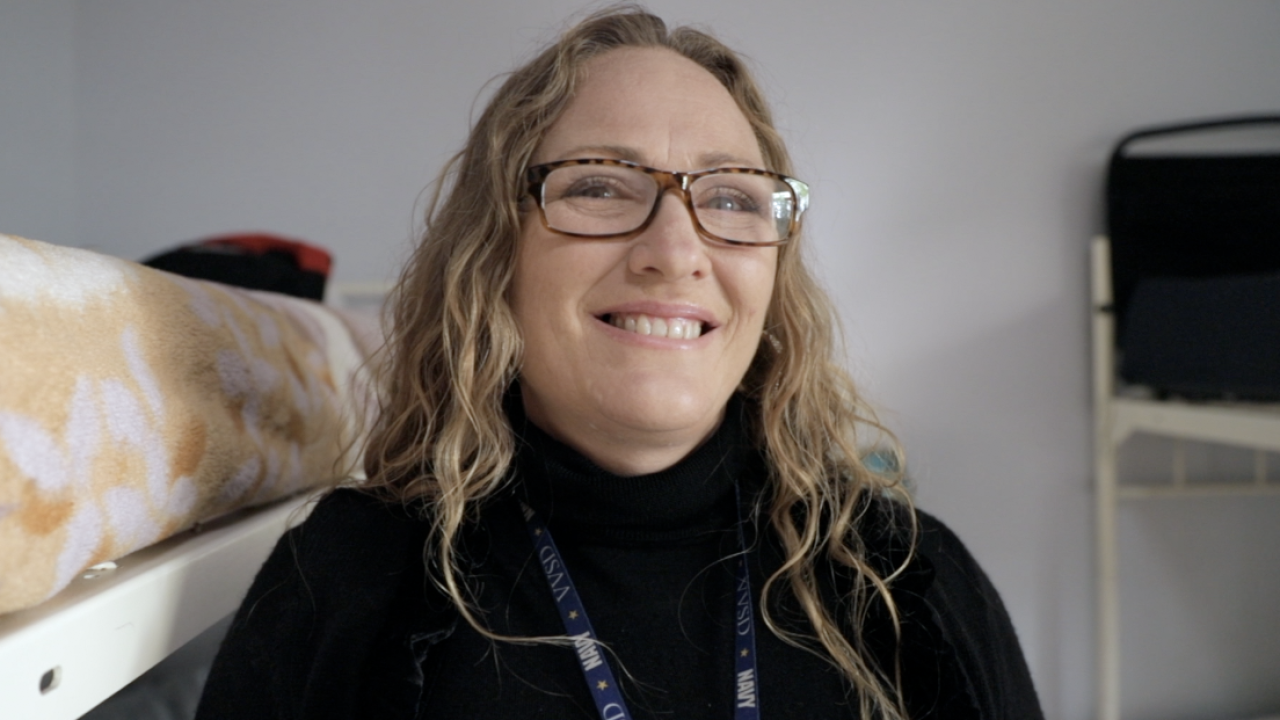 Women make up roughly 10 percent of our nation’s veterans and face different challenges when reintegrating back into society after serving.

“We’ve done a better job, I think, with men. Because we often associate military service with men. When we think about trauma and PTSD, and even combat, we think about men," says Akilah Templeton, president and CEO of Veterans Village of San Diego.

The nonprofit serves thousands of veterans.

“We get out into the real world and it’s a culture shock," said Erin Smalley, who joined the Navy when she was 24.

Smalley says military life became more complicated when she had a baby as a single mom.

"It was definitely a challenge, being away from her, having to figure out who would watch her. Having strangers, chief’s wives watch her, that I didn’t know but a couple of weeks," said Smalley.

Stationed with only three other women, Smalley felt alone as she navigated work and motherhood.

And while Smalley joined the Navy 20 years ago, it’s only been three months since she started working through the trauma that ultimately ended her military career.

Smalley tried burying the trauma while serving and for many years after.

“The only way I knew how to cope was to numb myself, and that’s where the substance abuse came in, just you know, it was completely numbing to me. It was easy not to think about it, not worry about it. But it cost me a lot," said Smalley.

When Smalley left the Navy, she didn’t know there were resources available.

“Depression, mental health issues, but then you add to that the stressors that come with being a mom," said Templeton. "You're building a young person's self-esteem and trying to maintain your own. That's rough."

“I didn’t want to tell anyone. I was ashamed. I felt like I was not only letting myself down but letting the country down, by being discharged the way I was," said Smalley.

After years of substance abuse, Smalley went to federal prison for attempting to smuggle people into the country.

Then, she found Veterans Village, where she's now getting counseling and help for addiction.

“I’m 58 days clean, sober. I’m on track to getting my daughter back. She’s living with my mom," said Smalley.

After 20 years, Smalley is no longer facing her trauma alone, rebuilding her life one day at a time.