Farmers are still recovering after floods in 2019 destroyed hundreds of miles of levee systems. 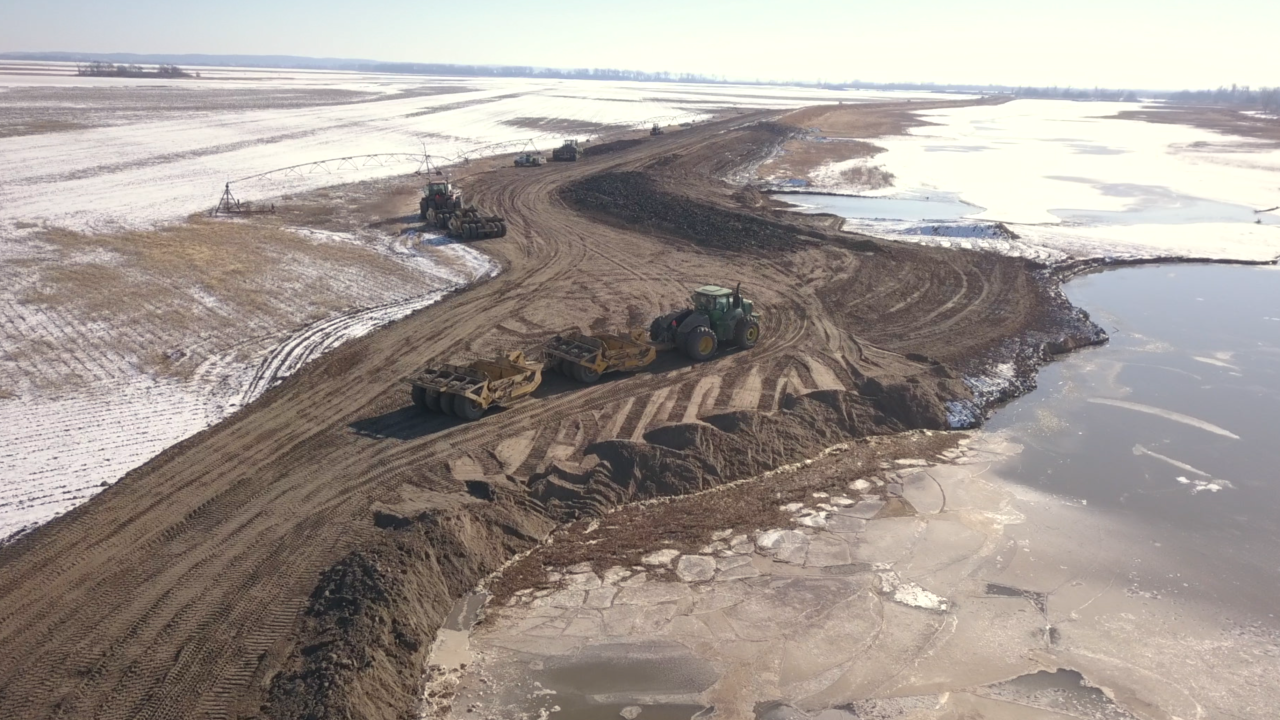 Since March of last year, more than 500 miles of levee systems along the Missouri, Platte and Elkhorn rivers were damaged by flooding.

“The storm that came through here that was known as a bomb cyclone," says Jeff Bohlken of the Army Corps of Engineers.

The storm brought a dangerous combination of heavy rain and melting snow into the Missouri River that breached the levee system protecting land behind it.

The result was more than $1billion in damage.

The Army Corps of Engineers' Omaha district says there were 49 breaches in the area it's responsible for. It's repaired 18 at this point and 15 breaches remain to be fixed.

Farmland is still covered with water more than nine months later. The water is now starting to freeze as winter sets in.

The Army Corps of Engineers is one of the groups working on the rebuild. The job is expected to continue through much of 2020.

“We’re estimating by the time we’re all said and done with the repairs, it will be over a billion dollars," Bohlken says. “There are a lot of things behind these levees that are very important to the nation.”

For the farmers impacted by a wet 2019, it could be years before their land is ready and fertile again.