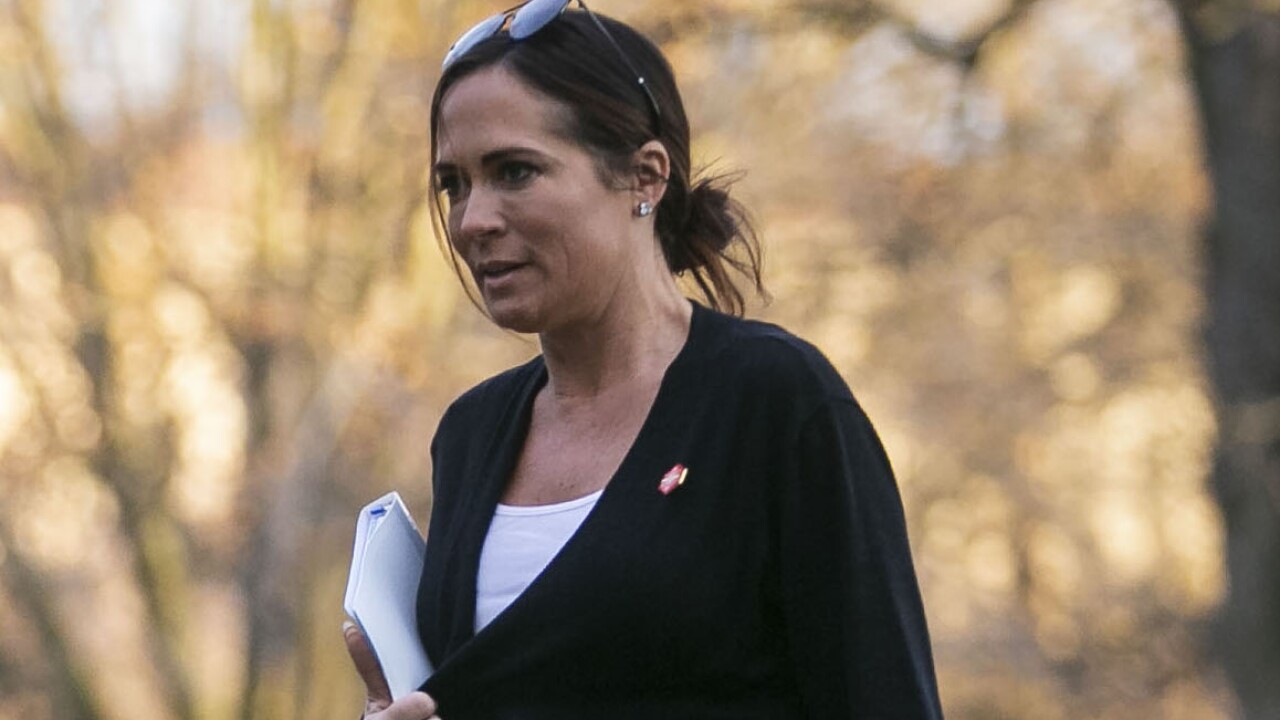 Stephanie Grisham is leaving her job as White House Press Secretary, according to CNN and Politico.

Grisham has not briefed the press since she took over the position on July 1. The White House press secretary has not held a briefing since Sarah Sanders briefed the press on March 11, 2019. However, President Donald Trump has appeared in front of reporters daily in recent weeks during briefings with the White House's coronavirus task force.

Grisham will become the Chief of Staff for First Lady Melania Trump.

“I continue to be honored to serve both the President and First Lady in the Administration,” Grisham said in a press release from the White House. “My replacements will be announced in the coming days and I will stay in the West Wing to help with a smooth transition for as long as needed.”

“I am excited to welcome Stephanie back to the team in this new role,” Melania Trump said. “She has been a mainstay and true leader in the Administration from even before day one, and I know she will excel as Chief of Staff. I appreciate all that Lindsay Reynolds did over the past three years, and wish her well in her future endeavors.”

Grisham is the fourth press secretary — and the second-longest tenured — to leave the post since Trump took office in January of 2017. She follows in the footsteps of Sean Spicer, Anthony Scaramucci and Sanders.

CNN reports that Trump's Chief of Staff, Mark Meadows, is hoping to shake up the White House's communications staff. Meadows assumed the Chief of Staff position on March 31.