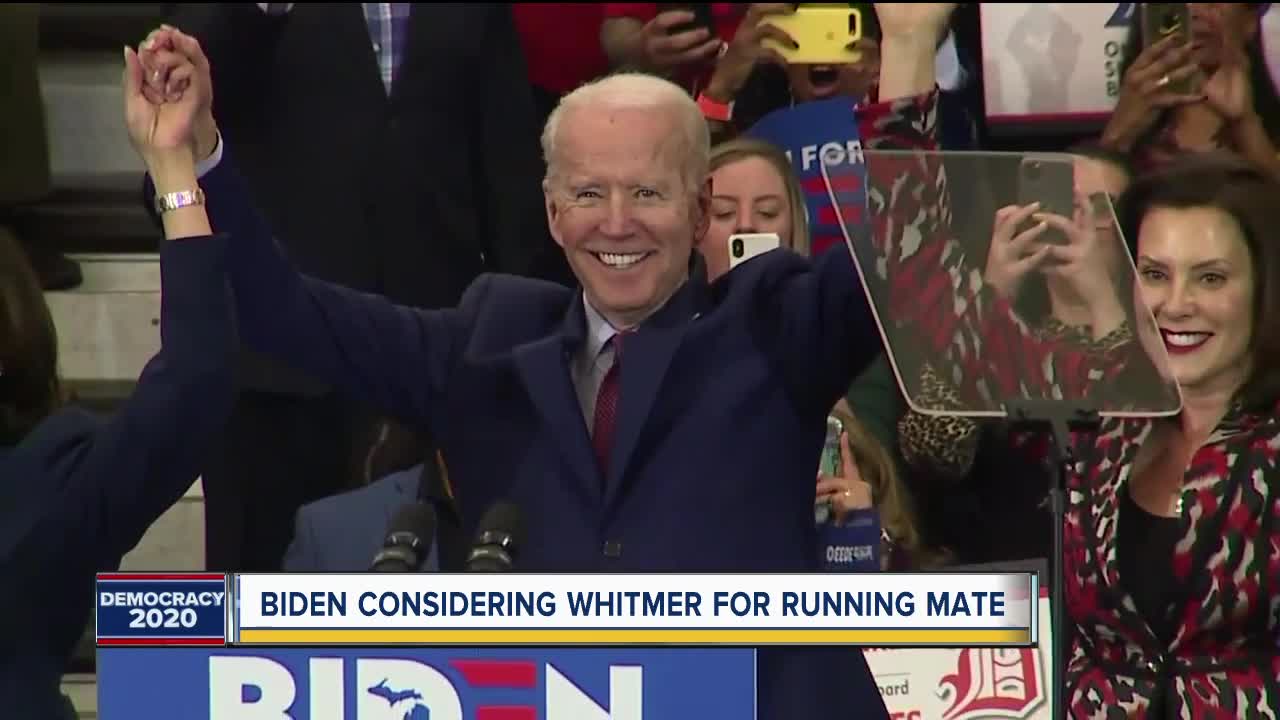 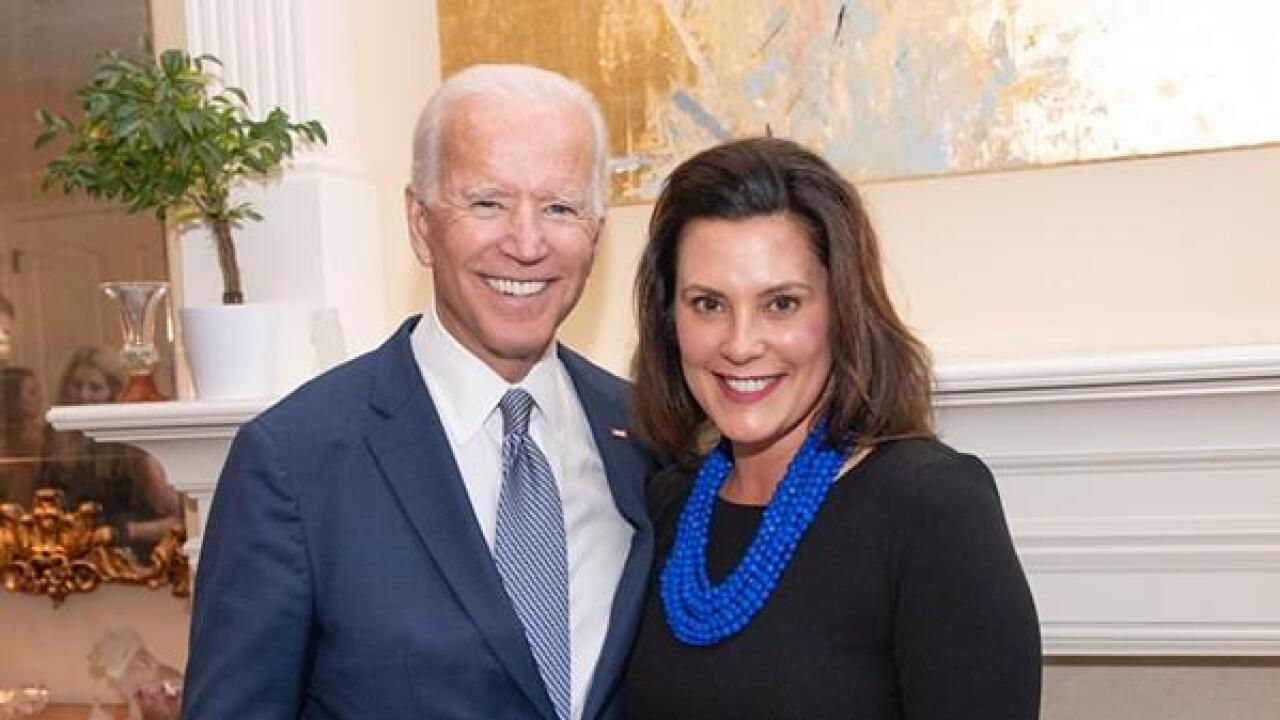 Whitmer's has earned national attention in recent weeks for her response to the coronavirus pandemic. She has not been shy about her disappointment in the federal government's response, calling on the Trump administration to provide more medical equipment like ventilators and protective masks. She's even had some harsh words for President Donald Trump on social media more than once since the pandemic began.

Trump fired back, criticizing the governor both online and during press conferences, even referring to her as "the woman from Michigan," a title Whitmer supporters have since coined as a badge of honor.

Over the weekend, the White House approved the governor's request for a federal disaster declaration due to COVID-19, something Whitmer said is a good start, but that Michigan will need more federal support to stop the spread of the virus.

Whitmer currently serves as a national campaign chair for Biden — who has previously said he will choose a woman as his VP, should he win the nomination.

Tuesday night on MSNBC, Biden made it clear to anchor Brian Williams that Whitmer has his attention. He said candidly, Whitmer is on his list of potential running mates.

"She hadn't lengthened the list, she made the list in my mind two months ago," Biden told Williams.

"The governor is flattered that Brian Williams would ask and that the vice president would mention her, but right now she is focused 100 percent on doing everything she can to slow the spread of COVID-19 and protect the people of Michigan," Whitmer's office said in a statement.

Whitmer was on stage at Detroit Renaissance High School the night before the Michigan primary, which Joe Biden won a double-digit victory over Senator Bernie Sanders. The very next day, Michigan confirmed its first COVID-19 cases.

This story was originally published by Jenn Schanz on WXYZ in Detroit.