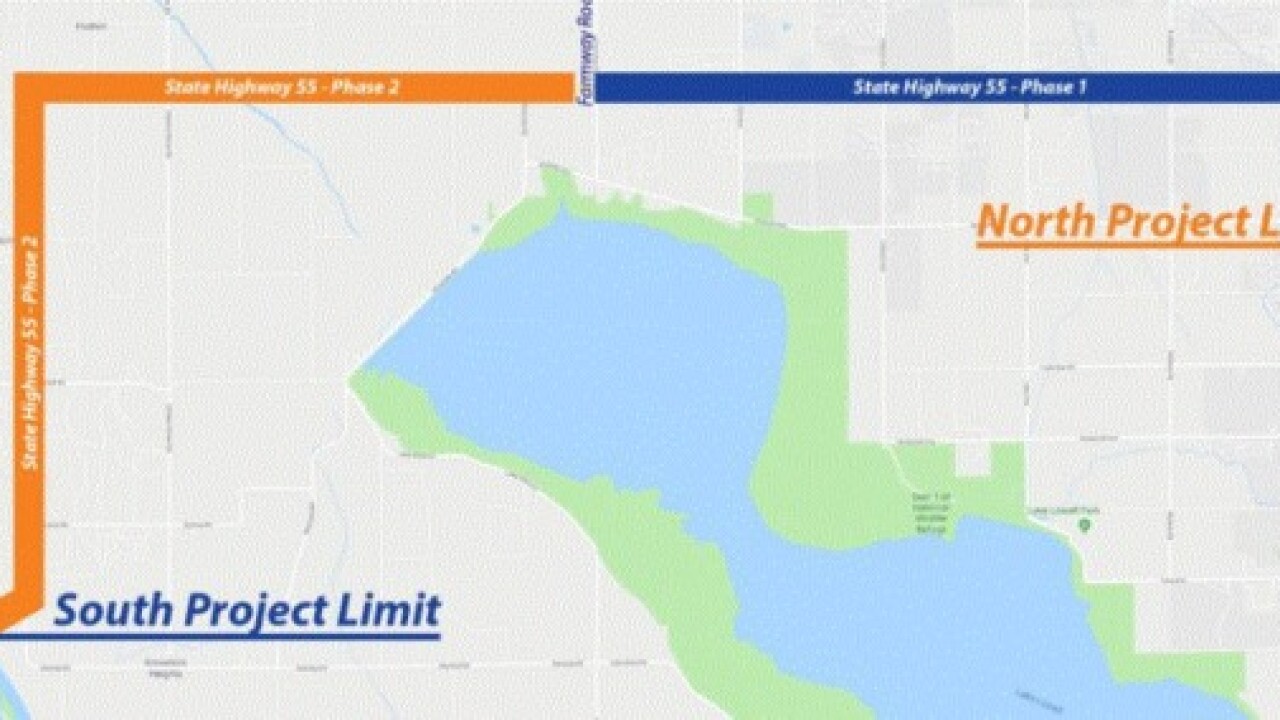 Copyright 2018 Scripps Media, Inc. All rights reserved. This material may not be published, broadcast, rewritten, or redistributed.
Idaho Transportation Dept.

Pavement rehabilitation projects between Nampa and Marsing are scheduled to begin July 9th, and wrap up in late July or early August, according to the Idaho Transportation Department.

Officials say the work will seal the pavement and extend the life of the roadway.

“The first phase, a six-mile micro-seal from Nampa-Caldwell Boulevard to Farmway Road, will occur in the evening (from 10 p.m. to 5 a.m.). Work is expected to conclude the week of July 16th,” said ITD spokesman Jake Melder.

“The second phase, an eight-mile chip-seal from Farmway to the Snake River Bridge at Marsing, will occur during daylight hours. Work is expected to conclude in late July,’ he stated.

During both phases, drivers can expect reduced speeds and up to 15-minute delays as traffic will be periodically reduced to one-lane with a pilot car guiding traffic. Where work is occurring, intersections will be controlled by flaggers with minimal delays.

Motorists are encouraged to drive with caution through the work zone.

The schedules, however, are subject to change.

Crews will also be working during the week and on weekends.