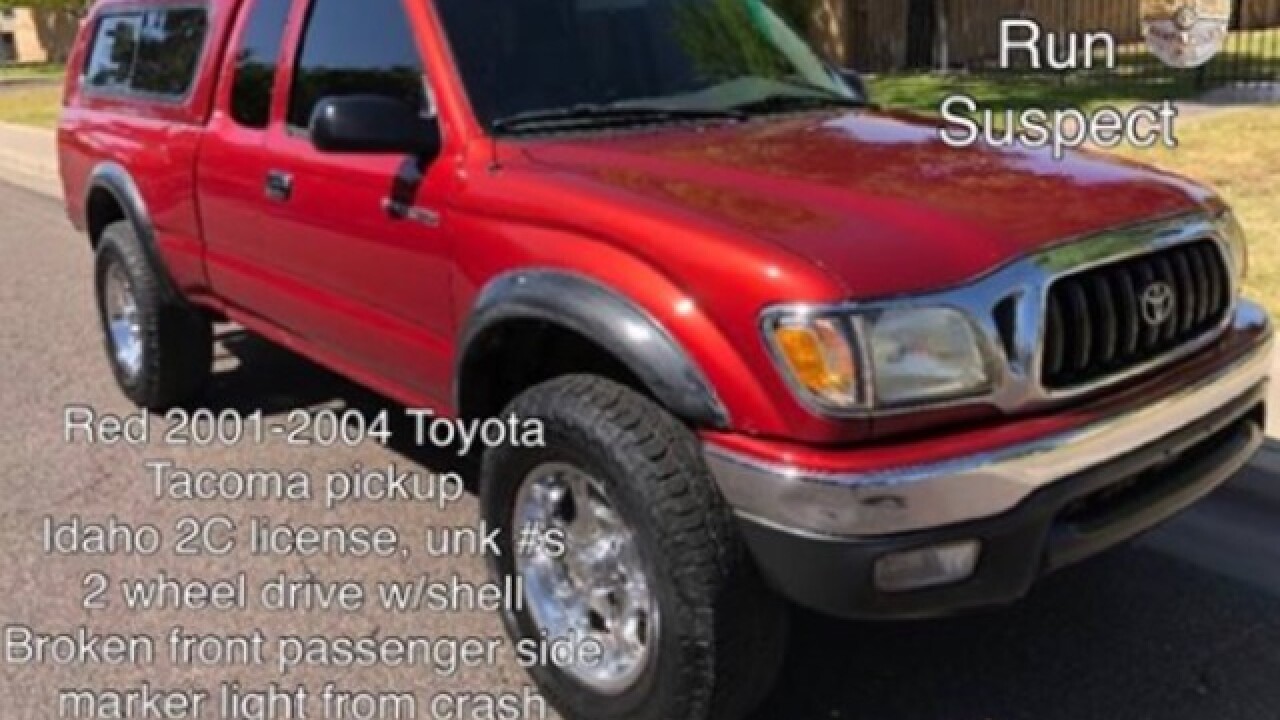 The Nampa Police Department is asking for the public’s help in locating the driver of a vehicle involved in a hit-and-run crash.

About 9:30 p.m. Tuesday, officers responded to the intersection of 12th Ave. Road and Colorado Street, where they say a male teenager was struck by a pick-up while he was walking in a crosswalk. Police say the driver then left the scene.

Witnesses describe the suspect vehicle as a red 2001-2004 Toyota Tacoma pickup with a camper shell, with Idaho 2C (Canyon County) license plates. Reports indicate no one was able to get the license number.

“The pickup has a broken front passenger marker light from the crash,” according to an NPD Facebook post.

Nampa Police posted a stock photo of a similar vehicle.

If you witnessed this incident, have information, or are the driver of the vehicle, you’re urged to message the Nampa Police Department on Facebook -- or call 208-465-2257 and select option 2 to leave a voice mail for the investigating officer. Refer to case number: N18-43224.