Nampa man dies after motorcycle crash on EB I-84 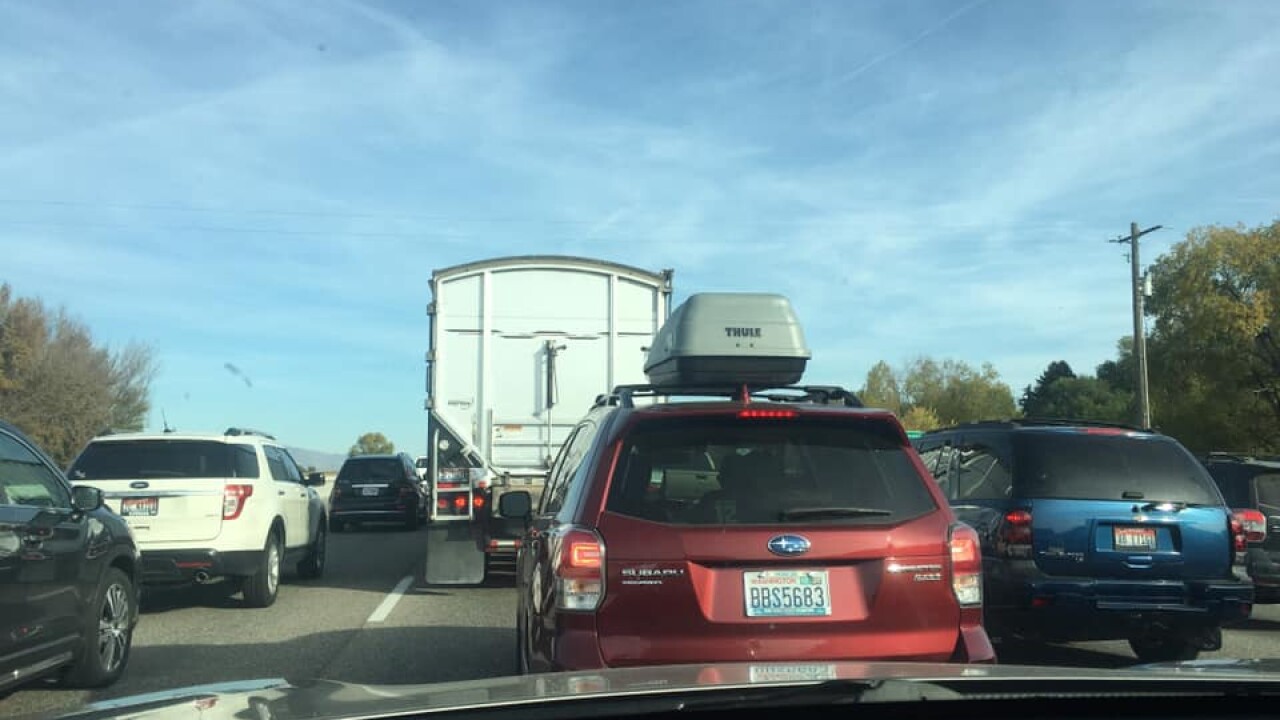 Cecilia Villareal
Multiple lanes blocked on eastbound I-84 due to crash.

NAMPA, Idaho — UPDATE (2 a.m.): A Nampa man driving a 2012 Suzuki motorcycle died at the scene of the accident that happened on eastbound I-84 between the Ten Mile and Garrity exits.

29-year-old Clark Nelson was driving east on the Suzuki at a high rate of speed. He drove onto the left shoulder and hit a disabled 2003 Honda Pilot that was parked in the median. He then sideswiped a 2010 Ford Explore and was ejected from the motorcycle.

Nelson died from his injuries at the scene, next of kin has been notified. He was wearing a helmet.

Three lanes of the interstate were blocked for around two hours as Idaho State Police investigated.

UPDATED (6:50 p.m.): All lanes are back open after an accident stalled traffic on I-84 eastbound Monday evening.

Idaho State Police are investigating a crash that blocked several lanes near the Black Cat overpass between the Ten Mile and Garrity exits.

ISP has not yet released information on what caused the crash, or if there were any injuries. Check back for updates.