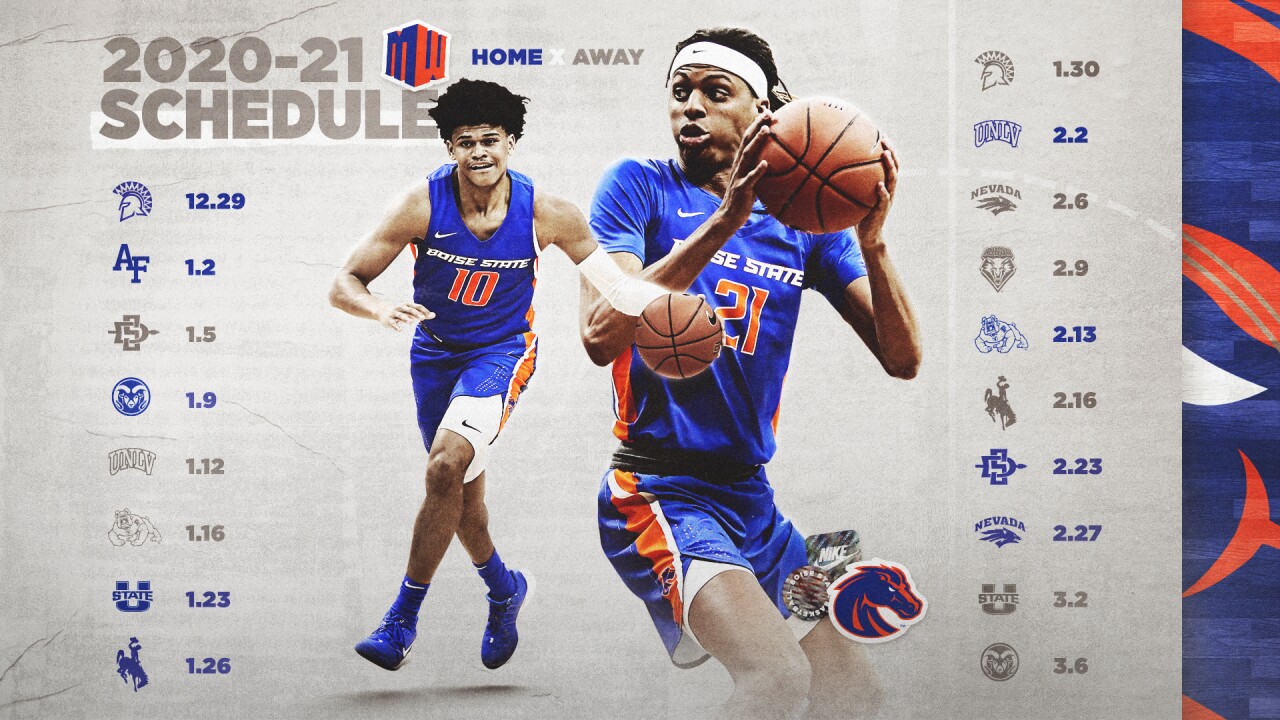 The Mountain West announced the conference schedule Friday, which will feature 18 conference games, subject to approval from state, county and local officials, according to the conference.

The Broncos will begin the season at home against San Jose State Tuesday Dec. 29. Each conference program will play eight home-and-home series, as well as one additional home game and one additional road game. BSU will not host New Mexico and will not travel to Air Force, according to BSU Athletics.

Get pumped for the @MountainWest season!

The team is coming off an 11-7 Mountain West season, the fifth time the Broncos have notched at least 11 league wins in the last six seasons.

The season was originally set to begin Nov. 25 with up to 27 games. More non-conference games could be added to the team's schedule as BSU is set to participate in the Orlando Invitational, which would mean they could play a maximum of nine non-conference games, according to BSU Athletics.