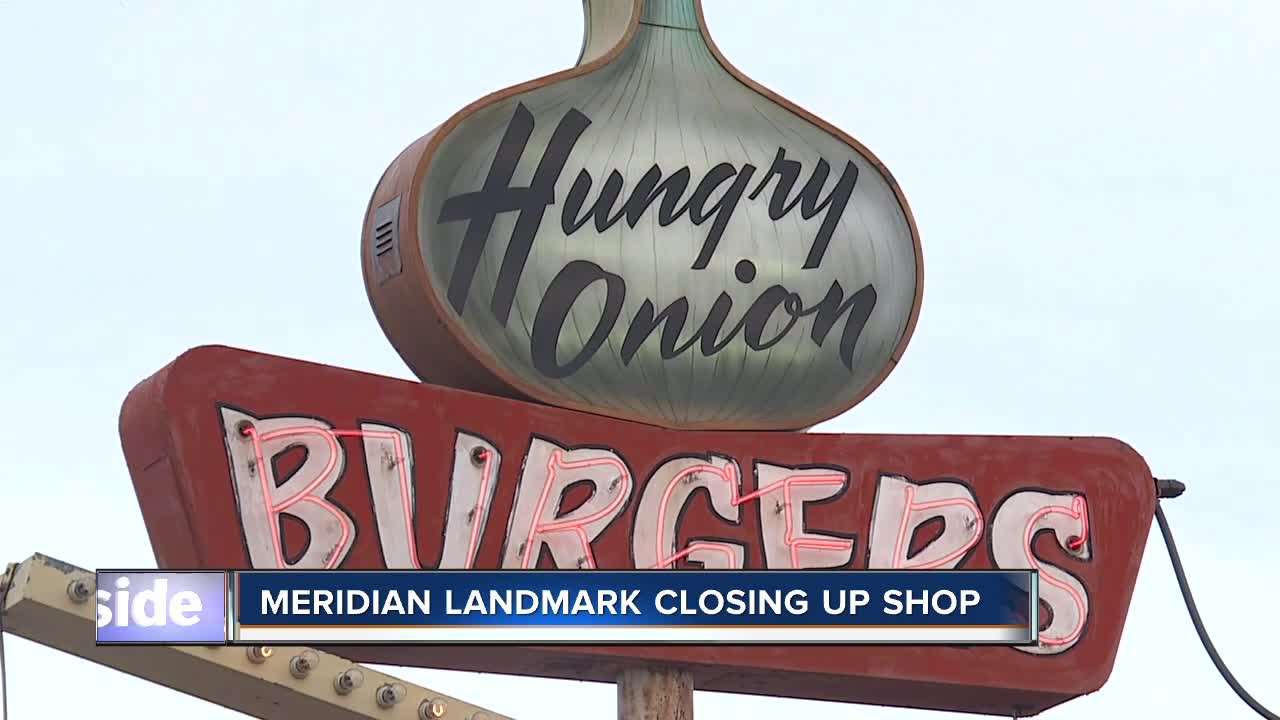 The Hungry Onion will close at the end of the year after decades of dining in Meridian.

MERIDIAN, Idaho — A Meridian icon is riding off into the sunset.

As first reported by BoiseDev, The Hungry Onion Drive-In - which has been a landmark in downtown Meridian since the early 60's - is closing up shop.

The restaurant is known for it's delicious hamburgers, ice cream cones, and of course, it's iconic onion sign.

But perhaps it's greatest claim to fame is the fact that it was featured prominently in a scene in Clint Eastwood's 1980 movie "Bronco Billy", which was filmed in and around the Boise area.

To honor the film, the restaurant has offered what it calls "The Bronco Billy Burger" for a number of years.

No word yet on what will happen to the historic building.