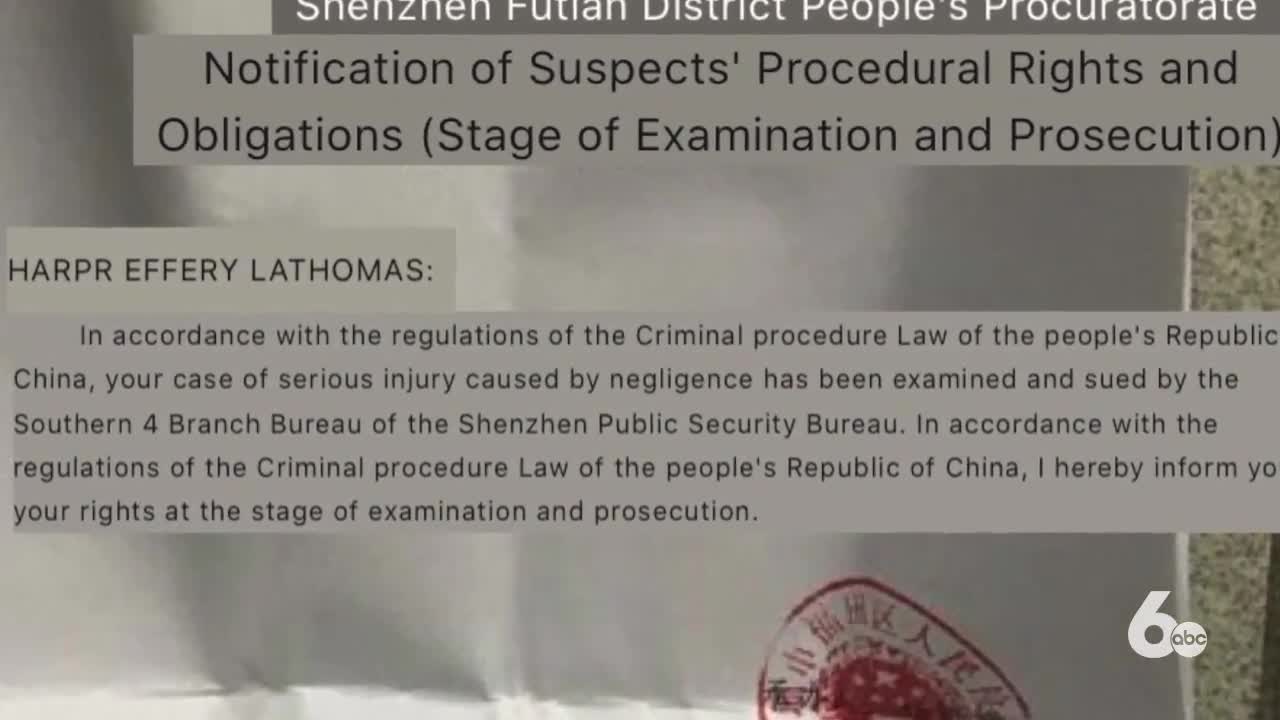 MERIDIAN, Idaho — A Meridian man has spent the past seven months behind bars in Shenzhen, China. A former teammate describes 32-year-old Jeff Harper as “a gentle giant” kids he has coached over the years adds he’s the kind of guy, “you want to know him, he’s a great person.”

Harper left the state before the coronavirus pandemic to continue his professional basketball career. According to Harper’s fiancée, Victoria Villareal, and documents Idaho News 6 has obtained regarding the case, Harper remains in custody without charges for “causing death with negligence” stemming from his first week overseas.

Harper says he witnessed an assault on a woman and stepped in to help, ultimately injuring the suspect. Chinese authorities arrested the athlete, and it wasn’t until three months later he learned the man who was allegedly assaulting the woman died from a head injury.

After months of working through language barriers and understanding China’s legal system, Villareal says she is hopeful for his return soon.

Villareal says, “it’s looking pretty optimistic from all the things I hear the lawyers are pretty confident you know we’re just hoping for this no charge.”

A Chinese procurator will decide whether or not to charge Harper by October 2020.

Jeff Harper’s friends and family have set up a GoFundMe page to help cover some of Jeff’s legal expenses and fees related to coming home. You can find a link to the GoFundMe here.