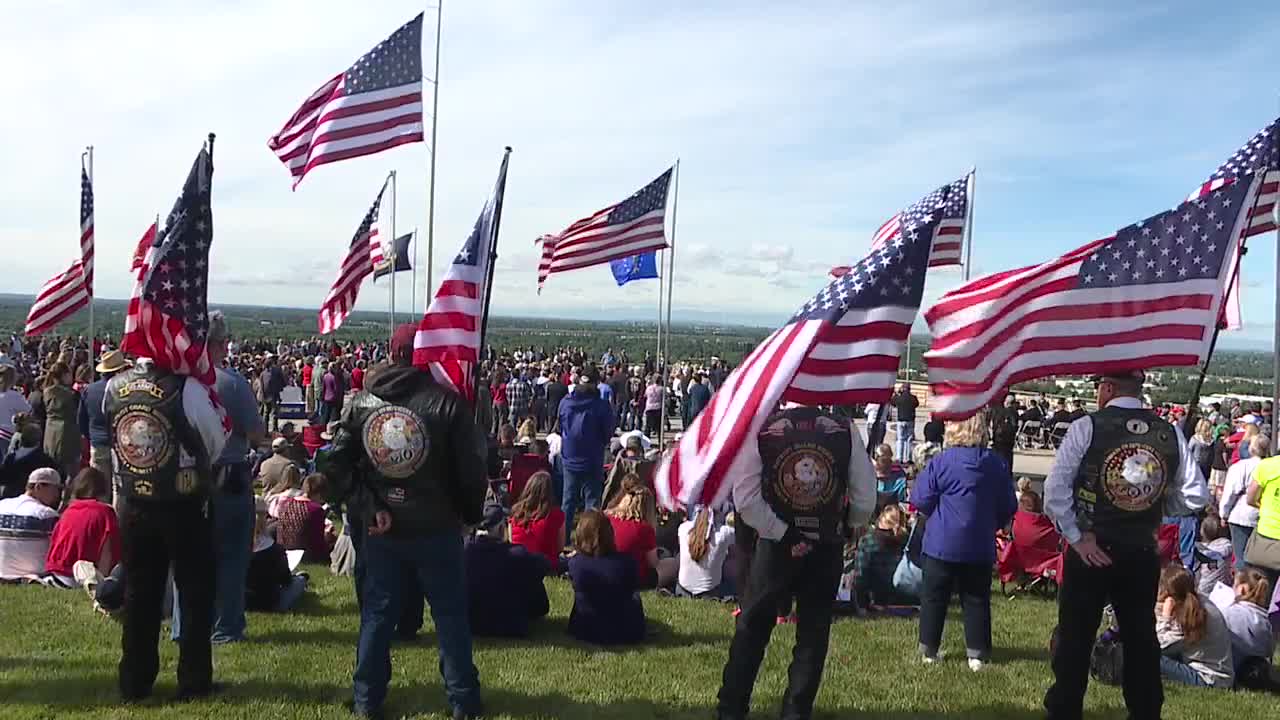 EAGLE — The Idaho State Veterans Cemetery hosted a Memorial Day ceremony to honor the men and women who made the ultimate sacrifice in defense of the United States.

This holiday honors those warriors and recognizes their bravery and courage in protecting the freedoms, liberties and ideals we hold so dear.

"The significance of Memorial Day goes back to my family being involved since the Civil War and all the services," said Richard McPherson, a veteran of the U.S. Navy. "It's always moving, and I always feel inadequate."

That is a sentiment that a lot of veterans share, as well as the notion to thank the generation who paved the way for their service.

"I appreciate the service of the individuals that served long before I did," said Don Carlisle, a U.S. Marine Corps veteran. "Memorial Day is for them."

The ceremony featured a wreath ceremony, an A-10 flyover, cannons, a 21-gun salute and bagpipes.