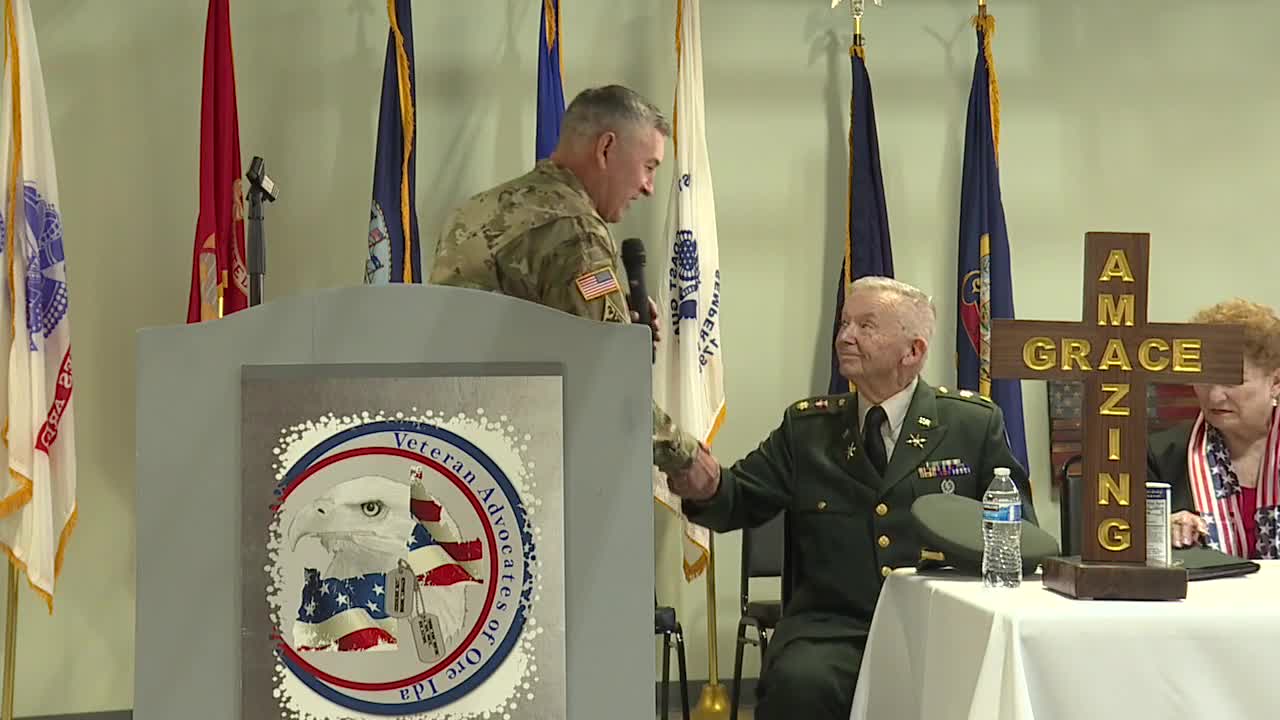 Jerry Haines is a retired U.S. Army major and for the last five years he has done hundreds of pinning ceremonies for older veterans who don't have much time left.

ONTARIO, Oregon — Jerry Haines is a retired U.S. Army Major and for the last five years he has done hundreds of pinning ceremonies for older veterans who don't have much time left.

Jerry volunteers for Heart N' Home Hospice and these special ceremonies are his way of honoring his brothers and sisters in arms who may have never got the recognition they deserved after fighting for our country.

"It is a privilege and an opportunity, and I believe when you do things that are good it comes from God," Haines said. "I can hardly go through the pinning ceremony without becoming emotionally attached to these older veterans."

These veterans are receiving hospice care from Heart N' Home Hospice following an unfortunate terminal diagnosis, and for his work, the organization nominated Jerry for the national Volunteer of the Year title.

"There has never been a pinning ceremony where it hasn't been one of the most precious things that patient has ever experienced in regards to their service to our country," said Todd Stice, one of the owners of Heart N' Home Hospice.

Jerry won the national Volunteer of the Year award for hospice care and was honored with a party in Ontario, Oregon where he also received an Idaho Spirit of Freedom Award.

On Veteran's Day, Jerry and his wife, Trudy, flew to Florida to be honored. The couple has been married for 59 years.

"The whole week was amazing," said Trudy Haines. "I think we were so surprised at this time of our lives to be able to experience that."