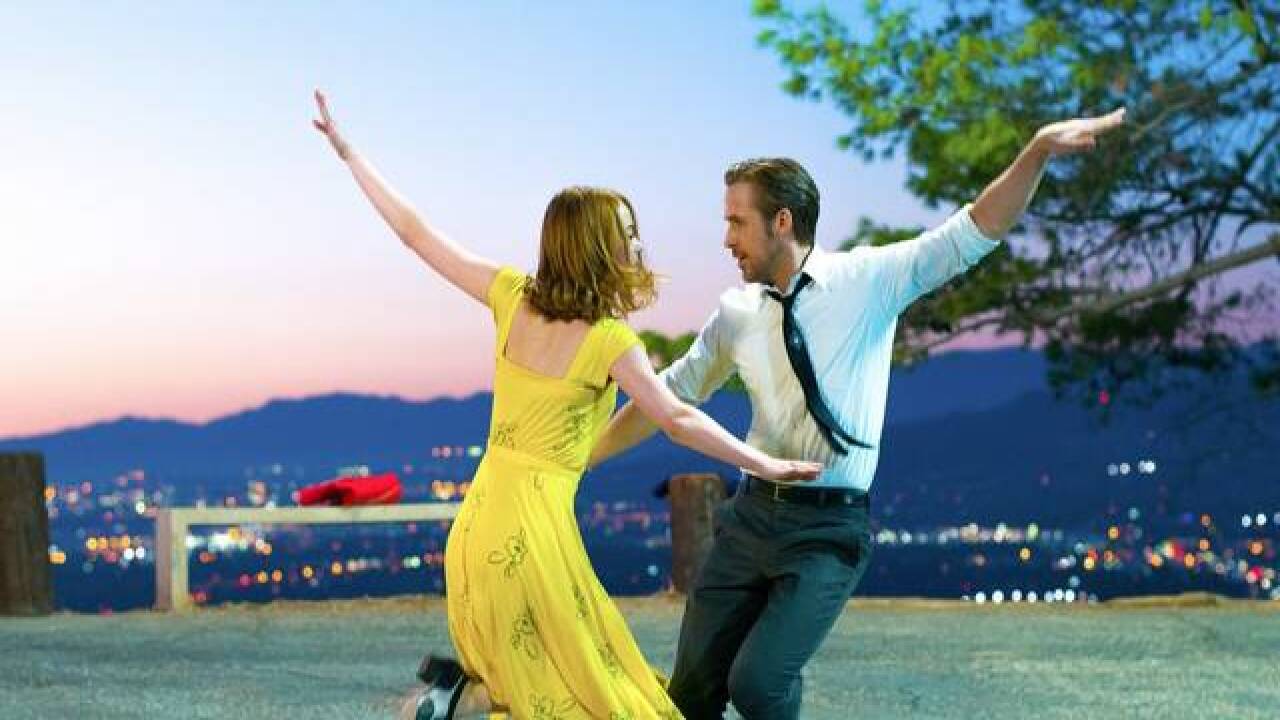 "La La Land" starts off with the flash mob that makes all previous flash mobs look like practice. Drivers stuck on an L.A. freeway get out of their cars to dance, twirl and sing on hoods and roofs, and the camera stretches back to reveal the same thing is going on for miles.

The show-stopping beginning is so good that you just know that, while there is no way the movie can possibly maintain that momentum, if what follows is even one tenth as good then you are in for something special. The movie from that point out is about half as good. Meaning it is relentlessly stunning and possibly life-altering.

There are several more song-and-dance numbers that follow and are nearly as breathlessly creative. They're interspersed with a charming but rather standard coming-of-age love story that is lifted to the highest heights by thrilling choreography and passionate performances by Emma Stone and Ryan Gosling.

They play young up-and-coming entertainers struggling for a sense of relevance and fulfillment amid a cold, indifferent machine that will happily run them over. The movie is a love letter to the magic of the setting, as well as those bold, brave pioneers who give up their other lives to chase their dreams amid the sun-soaked dystopia. The overall point, of course, is that it's the very chase of glory itself that grants the artistic life meaning.

"La La Land" is one of those too-rare cinematic treasures that comes along once every five years or so. That the movie is almost certain to win the best picture Oscar is a given, but its real impact will come as the years pass. The movie belongs in the pantheon of great musicals such as "Singin' in the Rain," "Mary Poppins" and "Willy Wonka and the Chocolate Factory."

My heart aches for anyone who loves movies and won't get to see it. This is a bold and beautiful film that is best seen while knowing as little as possible about it, on as massive a screen as you can find. It will still be amazing on a screen as small as that of an iPhone 5, but in a movie theater, with the communal glow surrounding you, you will feel like you're falling into the movie.

Director Damien Chazelle, who won great acclaim with "Whiplash," somehow steps his game up even higher. At this rate, his next movie will cure cancer and make the Cleveland Browns win the Super Bowl.

Of course, just like the movie can't possibly maintain the shimmering radiance of the opening sequence -- it's a matter of time until people pirate it and start spreading it across the internet in a viral brush fire -- there is pretty much no possible way Chazelle will ever make another movie nearly this good. "Whiplash" -- a fantastic movie by any standard -- is nowhere near as good, so the best anyone can reasonably expect of him is to make more movies as awesome as that one. This is it: The highest height that he or most any living filmmaker not named Martin Scorsese will see.

Sorry, pal. It's all downhill from here. But wow, what a view.