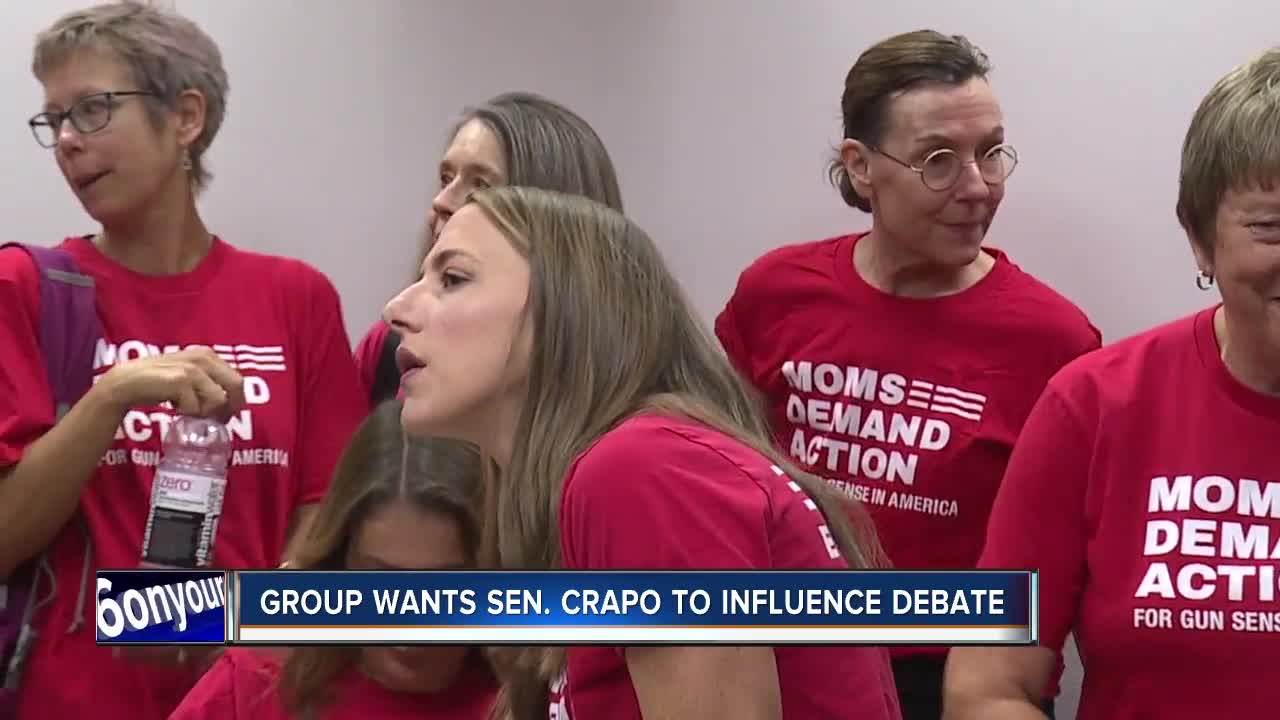 A group with a goal to end gun violence met with staffers of Idaho Senator Mike Crapo Wednesday.

They asked Crapo to encourage Senate Majority Leader Mitch McConnell to allow a hearing on a bill that would require background checks. Dozens of members of the group, called "Moms Demand Action," asked for the meeting in response to the weekend's mass shootings.

“We are a non-profit organization of volunteers of moms, dads, aunts, uncles, survivors of gun violence that we know we can do better by decreasing gun violence. We are supportive of the second amendment and believe with that comes safety and responsibility with gun ownership," said Elana Story, a Moms Demand Action volunteer.