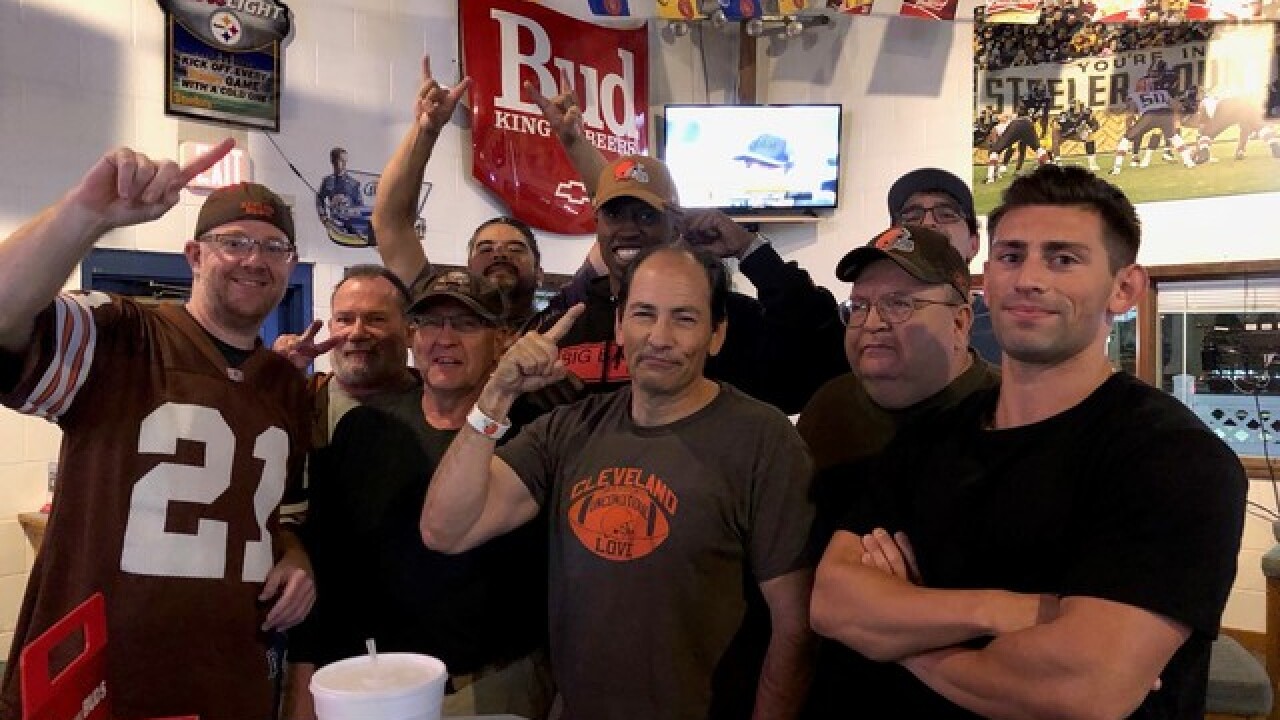 It had been a while since the Cleveland Browns had won a game for the fans at Players Pub and Grill in Garden City to celebrate, but they got that opportunity on Thursday with a comeback win against the New York Jets on Thursday Night Football.

The win marked the first after 19 consecutive losses for the franchise, thanks to the heroics of rookie quarterback Baker Mayfield who entered the game with the Browns losing 14-0.

"You just knew it was going to happen," said Dustin Kuck, Browns fan and President of the Boise Browns Backers, the group of fans who meet each week at the local bar.

Kuck estimates 20-30 fans frequent the bar for Browns games. Now that the team is coming off a win for the first time in years, that number could rise next week.