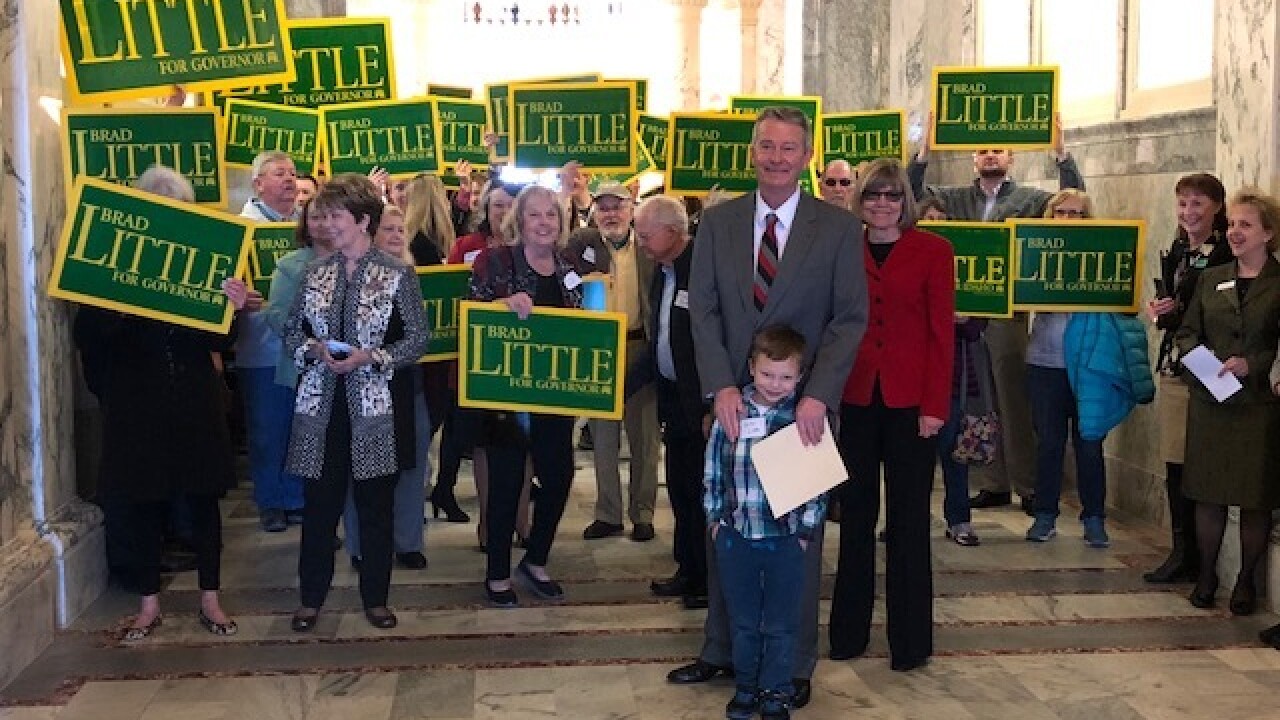 The gubernatorial seat became a top political race when Otter announced he wouldn't seek a fourth term -- marking the first time in 12 years the top statewide office would be open.

The 64-year-old Little is a rancher and Idaho native who has spent the past 16 years in elected office. In 2009, Otter appointed Little to the number two position with the expectation that he would one day become the Republican governor's successor.

Little is the grandson of the "sheep king of Idaho," Andy Little, a Scotsman who came to Emmett in 1884 and built an empire with 100,000 sheep.

“Congratulations to Lieutenant Governor Brad Little on a hard fought race. I look forward to supporting him in the general election and wish him the best.  I want to thank my family and all of my tremendous supporters from across the state from the bottom of my heart. The people of Idaho are amazing and deserve the best in the future.  We ran this campaign on a conservative blueprint to build an even better Idaho. While I would have liked a different result, I am grateful and honored for the opportunity to move some of these important issues forward in public dialogue. This has been an incredible and life changing experience spending the past 15 months with the people of Idaho.”