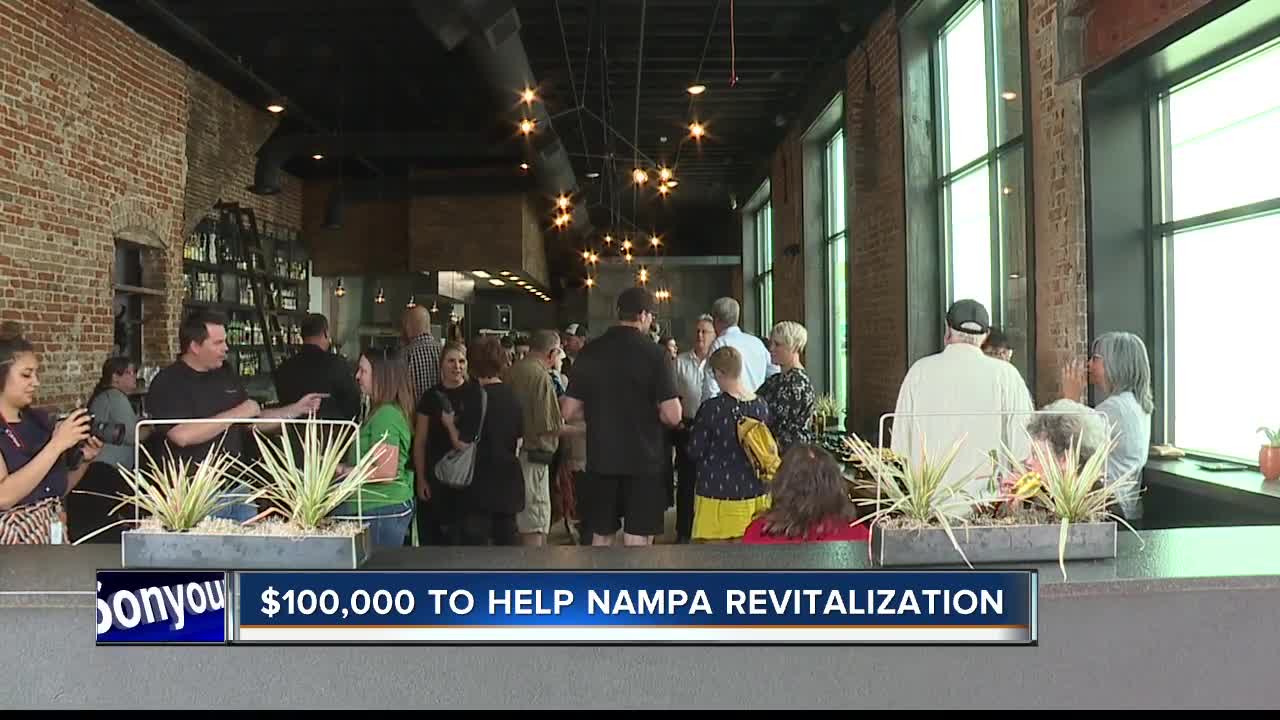 NAMPA, Idaho — A Nampa native who is now a well known developer in Seattle made a generous donation to his hometown Thursday.

Kevin Daniels presented a $100,000 donation to the City of Nampa to help revitalize its downtown. Daniels is part of a group called the National Main Street Center, which helps preserve the historic appearance of cities across the nation.

Nampa Mayor Debbie Kling says the city is beyond grateful for the gift.

“Kevin has been a tremendous asset, providing counsel and encouragement to move our Main Street Program forward," Kling said. "We are very excited and appreciative of the National Main Street Center, the contributors to the fund, and Kevin and Mary Daniels. The Kevin and Mary Daniels Fund serves as important catalyst to fuel revitalization efforts in Nampa’s downtown and will be a lasting legacy in our community.”

Today @DowntownNampa received a boost as the Kevin and Mary Daniels Fund donated $100,000 to Nampa's Main Street Program to help revitalize downtown. Established by the National Main Street Center several colleagues and friends donated to the fund in their honor. pic.twitter.com/SrZkXDGtec

Daniels' fellow members donated the money to honor his work with the group. Daniels says it's all about giving a little extra.

"It's just to give that little extra. If you weren't going to do something now, you have a reason to do it because you have theses funds available for downtown projects in Nampa," Daniels says.

Downtown Nampa Businesses can start submitting applications to the city for a portion of the money starting on June 17.