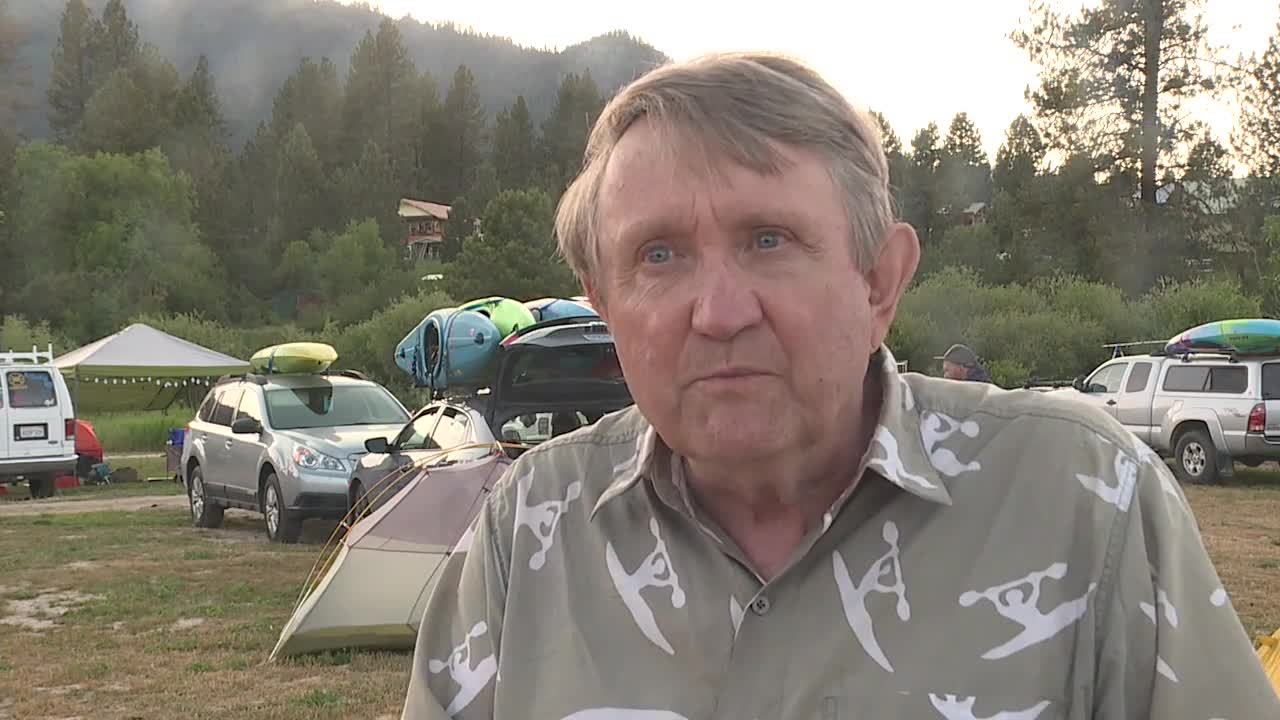 BANKS, Idaho — Kayaking legend, Rob Lesser, was the first person to kayak down the the top two sections on the North Fork of the Payette River, including the first decent of the famous Jacob's Ladder rapid.

Lesser first made the trip down this river in 1977, and says it was the evolution of equipment that made it possible to make his historic first descent.

"The advent of plastic boats is what made it possible. When I first ran the North Fork I was in a Hollowform, which was the first plastic boat," said Lesser. "The four other people I was with was a group from Kentucky, they had fiberglass boats they did it once and they never returned."

In 1978, Lesser and a group of Idaho paddlers fought to save the North Fork of the Payette River against a proposed hydroelectric project.

"Idaho Power proposed putting it in tubes; two different sections would have been put into tubes the whole river," said Lesser. "Anyway, that was the proposal and we fought it, but we were a new entity on the scene, people kayaking the North Fork, gosh, very few people were doing that."

And now the best kayakers in the world come to Idaho every summer to compete in the North Fork Championship which has evolved into the extreme kayaking world championship.

Six on Your Side's Steve Dent produced a mini-documentary on the evolution of kayaking on the North Fork.

The Evolution of kayaking the North Fork of the Payette River

In 2013 Canoe & Kayak magazine presented Rob Lesser with the lifetime achievement award, Lesser is famous in the whitewater world because in 1981 he made the first descent down the Grand Canyon of the Stikine in British Columbia, known universally to paddlers as the "Everest" of kayaking.

It wasn't until 2012 that a kayaker made the complete decent of the Stikine as Ben Marr paddled the entire section including the dangerous Site Zed Rapid.