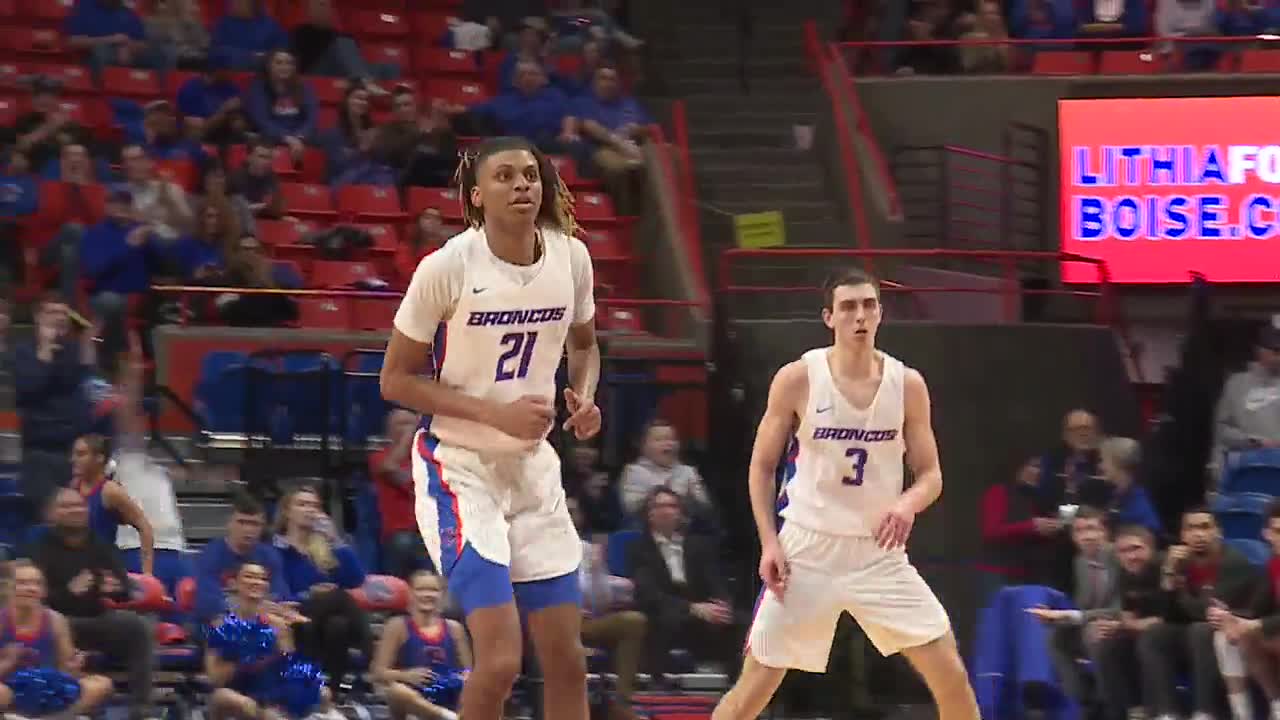 The Boise State Broncos improved to 11-6 on the season after defeating UNLV on Wednesday night.

BOISE, Idaho — The Boise State Broncos improved to 11-6 on the season and 3-2 in conference play after defeating UNLV on Wednesday night.

It was a monumental night in Boise State history as senior Justinian Jessup become BSU's all-time leader in the 3-point field goals, he made three more in the win and now has 279 for his career.

"You try not to think about it, I really just wanted to win the game this was a really big win," said Jessup. "I hope this doesn't over shadow that."

The Broncos also got a big performance out of Derrick Alston Jr. as DA scored 26 points while grabbing ten rebounds.

"You got some special players," said coach Leon Rice. "Come and enjoy them while you can this is a fun team to watch."

“Guess what out of the frying pan and into the fire," said Rice. "We are going to the next undefeated team, the league is good.”

Tip off for that game is set for 8:00 p.m. on Saturday, the Broncos don't return home until a week from Saturday when they host Utah State.