ISP seize over 200 lbs. of marijuana in Canyon County 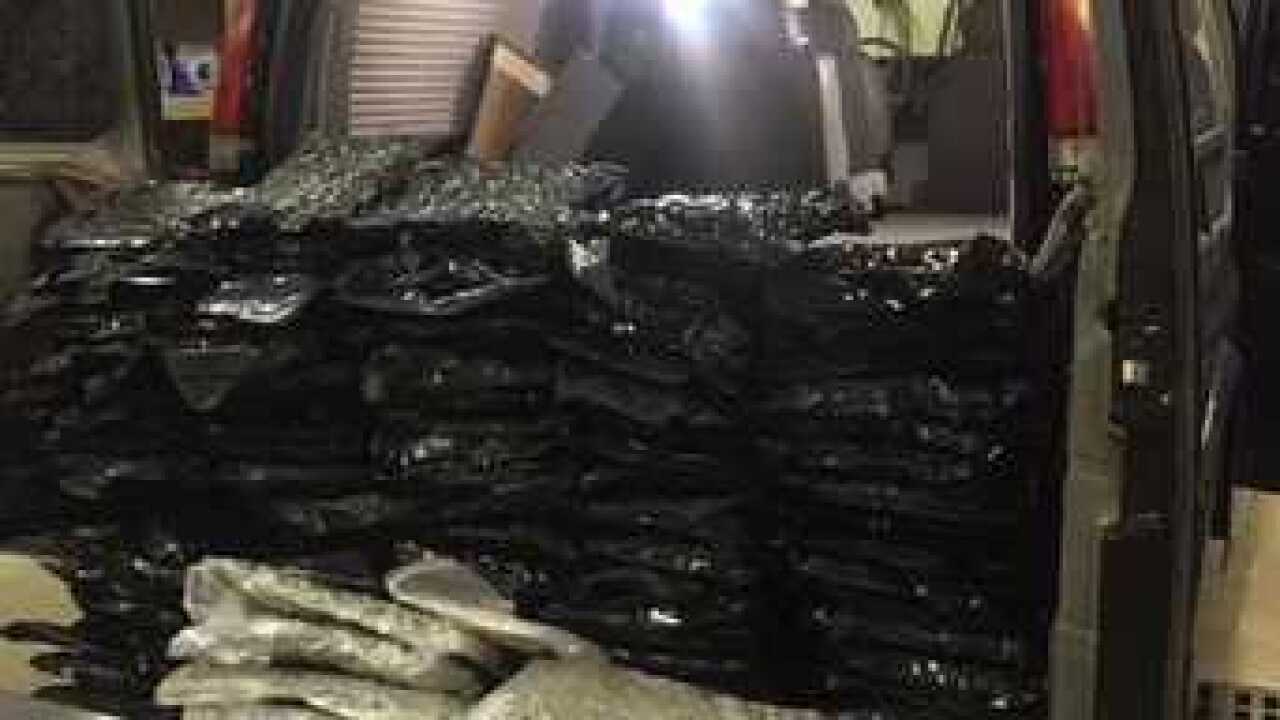 During a routine traffic stop for a driving infraction at approximately 12:00 p.m. on Apr. 25, Idaho State Police seized 226 pounds of marijuana that was being trafficked through our state.  Troopers arrested Dakota D. Thorstenson, 23, of Duluth, Minnesota as he drove eastbound in I-84 near exit 30.

Thorstenson was driving a black 1997 GMC Savana SUV.  Caldwell Police Department Street Crimes unit assisted in the investigation and Thorstenson was arrested and booked into the Canyon County Jail on drug trafficking charges.

Marijuana trafficking through Idaho continues to be a major focus of concern for the Idaho State Police.  In 2017, Troopers seized more than 1,400 pounds of marijuana, which is more than the total seized in the previous 3 years combined.