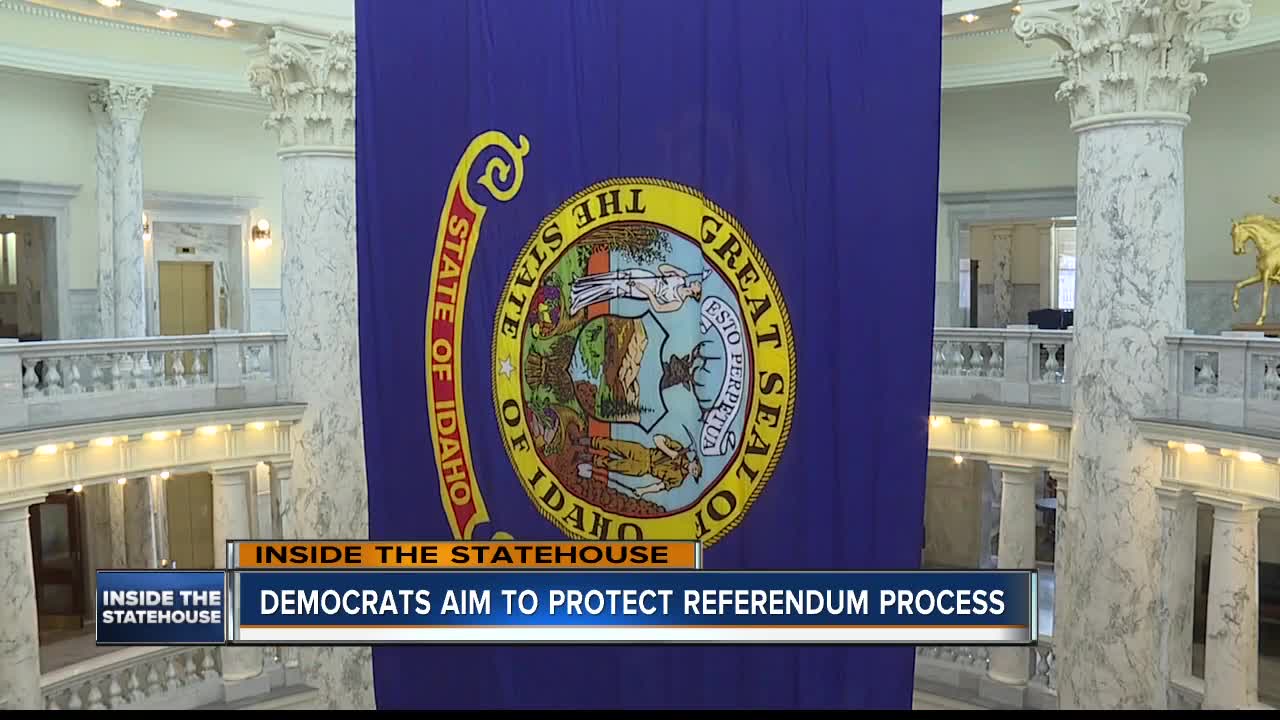 Under current law for getting a referendum on the ballot, Idahoans are required to obtain signatures from 6 percent of the voters in 18 legislative districts within the 18 months leading up to an election.

Grow’s bill would change those guidelines, requiring signatures from 10 percent of the voter population in 32 districts within 180 days.

Democrats say only wealthy special interest groups would be able to gather enough signatures in the time allowed because it would be too costly for average Idahoans. At a press conference today, Democrats announced they are suggesting new legislation that would make it more difficult for future legislators to make changes to the referendum process.

"It would affect all of us because it would mean we would never get another citizen-driven ballot initiative," said Representative Ilana Rubel. "There will still be ballot initiatives. There are going to be ones where a billionaire can always come in and drop $2 million to knock on doors, but anything that truly come from the people--which would be foreclosed, which hurts all of us. We don't know right now what issues people might want to bring--early childhood education going. It might be increasing minimum wage. We have no idea what the people will ask for, but they won't be able to ask for any of it, if this passes."

Idaho Republicans say Senator Grow's bill helps to level the playing field for rural communities by giving them a bigger voice in the process rather than allowing urban communities to dictate policy for the entire state.

Democrats also question the act's timing: in the wake of a Medicaid expansion ballot initiative that 61 percent of voters approved. That measure, Proposition 2, changed the law to allow low-income childless adults to get health insurance through Medicaid.

The bill was tabled in committee and could be discussed again this week.