That bill in the Idaho Legislature? It would’ve killed Medicaid expansion. By a lot. 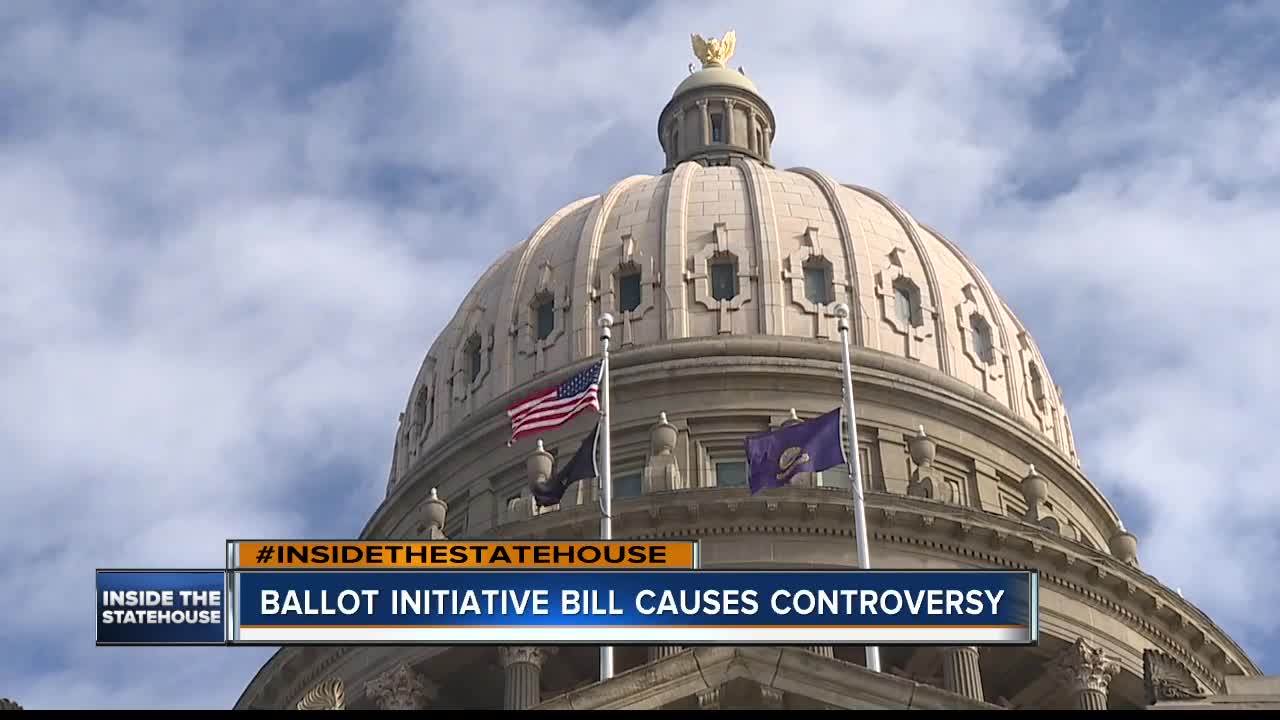 By McKenna King and Mike Sharp of KIVI 6 On Your Side, and Audrey Dutton of the Idaho Statesman

A bill in the Idaho Legislature would change the referendum process so much that Medicaid expansion never would have ended up on the ballot in Idaho, based on a KIVI 6 On Your Side and Idaho Statesman analysis.

The bill put forward by Sen. C. Scott Grow, a Republican from Eagle, would make it considerably more difficult for Idahoans to get an initiative on the ballot.

Proponents say it should be hard to put issues before voters, and that support should be gathered from nearly every corner of Idaho before that happens.

Opponents of the bill say the changes will make initiatives too costly for average Idahoans, and they question its timing: in the wake of a Medicaid expansion ballot initiative that 61 percent of voters approved. That measure, Proposition 2, changed the law to allow low-income childless adults to get health insurance through Medicaid.

HOW WOULD S1159 HAVE AFFECTED MEDICAID EXPANSION?

Under current law for getting a referendum on the ballot, Idahoans are required to obtain signatures from 6 percent of the voters in 18 legislative districts, within the 18 months leading up to an election.

Grow’s bill would change those guidelines, requiring signatures from 10 percent of the voter population in 32 districts, within 180 days.

The Senate State Affairs Committee on Friday heard public testimony on the bill and voted to hold it temporarily.

The Senate Majority Leader told the Statesman after the hearing that it’s “likely” the bill will return this legislative session, the Statesman reported Friday.

Medicaid expansion — the first initiative to pass in Idaho in the past six years — qualified for the ballot in 21 districts, which was three more than necessary. On election day, voters in almost every district in the state approved the measure.

Under Grow’s bill, Proposition 2 would have qualified for the ballot in just 10 districts — 22 short of the proposed standard — so Idaho voters never would have weighed in on the measure to expand Medicaid.

“We are certain that our campaign would not have succeeded under the proposed rules,” said Luke Mayville, co-founder of Reclaim Idaho, which led the campaign to add Prop 2 to the ballot. “We met the signature threshold with only a few days left before our deadline. Had the threshold been much higher, we would have needed to collect tens of thousands of signatures in the final weeks of the campaign; it would’ve been impossible.”

Some opponents of Grow’s proposal believe it’s a reaction to the Medicaid expansion campaign’s success.

“There is no doubt that this is a punitive bill, designed to retaliate against a successful ballot measure that people didn’t agree with in the Legislature,” said Rep. Mathew Erpelding, a Democrat from Boise.

REPUBLICAN LEADER: IT’S NOT REVENGE FOR PROP 2The leader of the Senate says otherwise.

Sen. Brent Hill of Rexburg said Grow’s bill did not come about because Medicaid expansion passed.

“The timing is very unfortunate in my mind,” Hill said. “This is something that’s been talked about for the last several years.”

The last time stricter regulations were put in place was in 2013, after Idaho voters repealed the state superintendent’s reform laws.

DEMOCRAT: ONLY THE RICH COULD DO BALLOT INITIATIVESOpponents of the latest proposal argue it’s too strict and would require 92 percent of the districts to have 10 percent of signatures.

“The argument that it’s easier to get volunteers now is flat not true. You can’t sign people up on the internet,” said Erpelding.

Erpelding said it’s already arduous for grass-roots organizers to get a referendum on the ballot. He described knocking on doors in Canyon County and getting just a small number of signatures.

“This way, you make it so only millionaires and billionaires can get an initiative, because they would be the ones that have the money and the infrastructure to hire the people to get the signatures,” Erpelding said.

Countered Hill: “It should be a difficult process. Nobody wants to make it so easy that we’re just gonna have all these different things to vote on.”

Petitions have been filed to start the process for three ballot measures in the next election. One of those? An initiative to repeal Grow’s bill, should it pass in this legislative session.