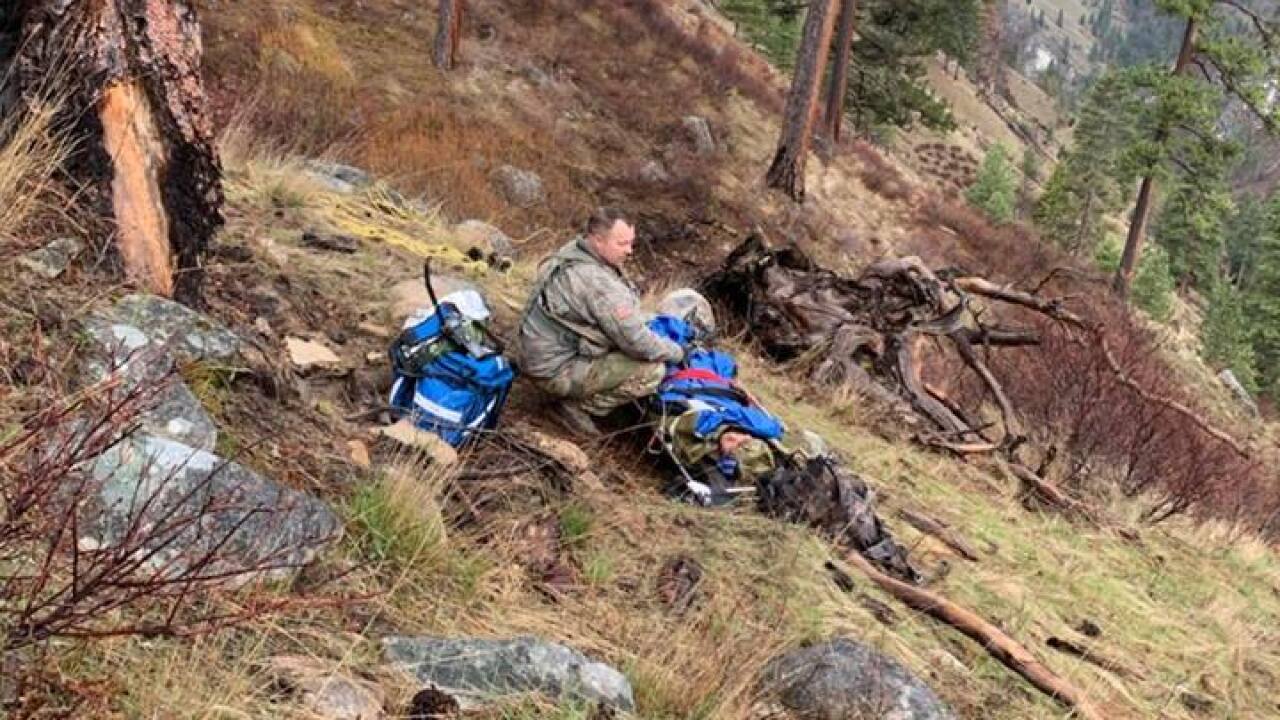 On Tuesday, April 9th, 2019 about 2 p.m. the Valley County Sheriff’s Office received a report that a man was badly injured while hunting for antler sheds about 5 miles south of the Yellow Jacket Ranch, located on the South Fork of the Salmon River.

Cody Morrow, 21, of Kooskia, ID was in the Bear Creek Drainage and was reported to have sustained numerous broken bones, head trauma, and a punctured lung. He was unable to move.

The Valley County Sheriff Department requested assistance to Idaho National Guard but weather conditions delayed a rescue attempt until Wednesday morning. The Idaho Army National Guard crew was able to locate an injured man and his wife along the river in steep terrain.

Morrow and his wife were transferred to the Cascade airport, where the man was taken by ambulance to a local hospital.

Morrow is expected to make a full recovery.