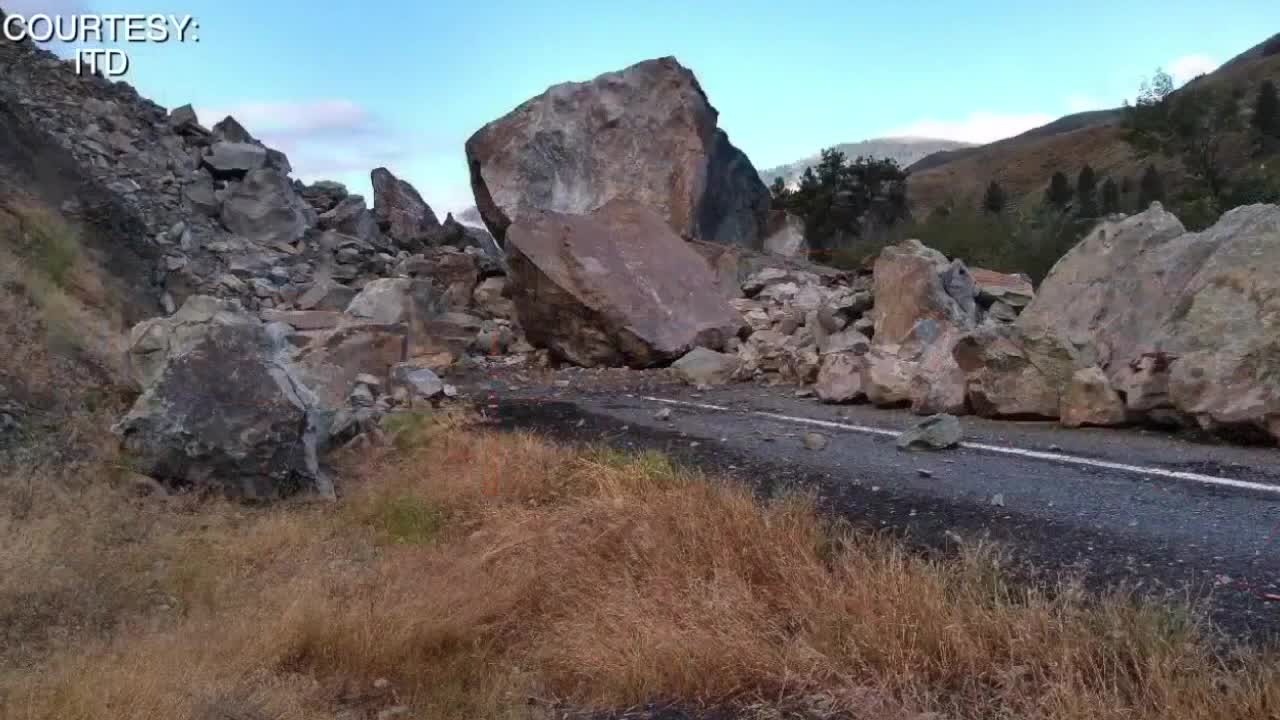 On Friday both roads will be closed during the evening for an expected hour as crews from ITD will blast the unstable mountainside as part of their long-term solution.

RIGGINS, Idaho — Motorists need to be aware of some traffic changes on Highway 95 just south of Riggins.

Thursday afternoon, the Idaho Transportation Department rerouted traffic back to Old Pollock Road from the makeshift detour they created around the highway buried by a rockslide on July 3. On Friday, both roads will be closed during the evening for an hour as ITD crews blast the unstable mountainside as part of their long-term solution.

ITD spent the past week drilling holes in the mountainside to control how these rocks come tumbling down.

"To stabilize the slope, we have to remove all the unstable material which is about 14,000 cubic yards," said Megan Sausser from ITD. "To put that in perspective, that's as much as has fallen on the highway up to this point, it is going to take two blasts."

The rockslide has kept ITD crews busy this summer, but this is a big step toward a long-term solution that will eventually include setting up wire fencing anchored into the slope to protect drivers.

"We will have a big finale, but a big safe and controlled finale," said Sausser. "Unfortunately, it has just fallen into that Friday commute as you are heading out for your weekend plans, so just make sure you are checking 511."

ITD expects traffic to be rerouted over to Old Pollock Road for up to a week, drivers can expect one-lane of traffic with a pilot car.