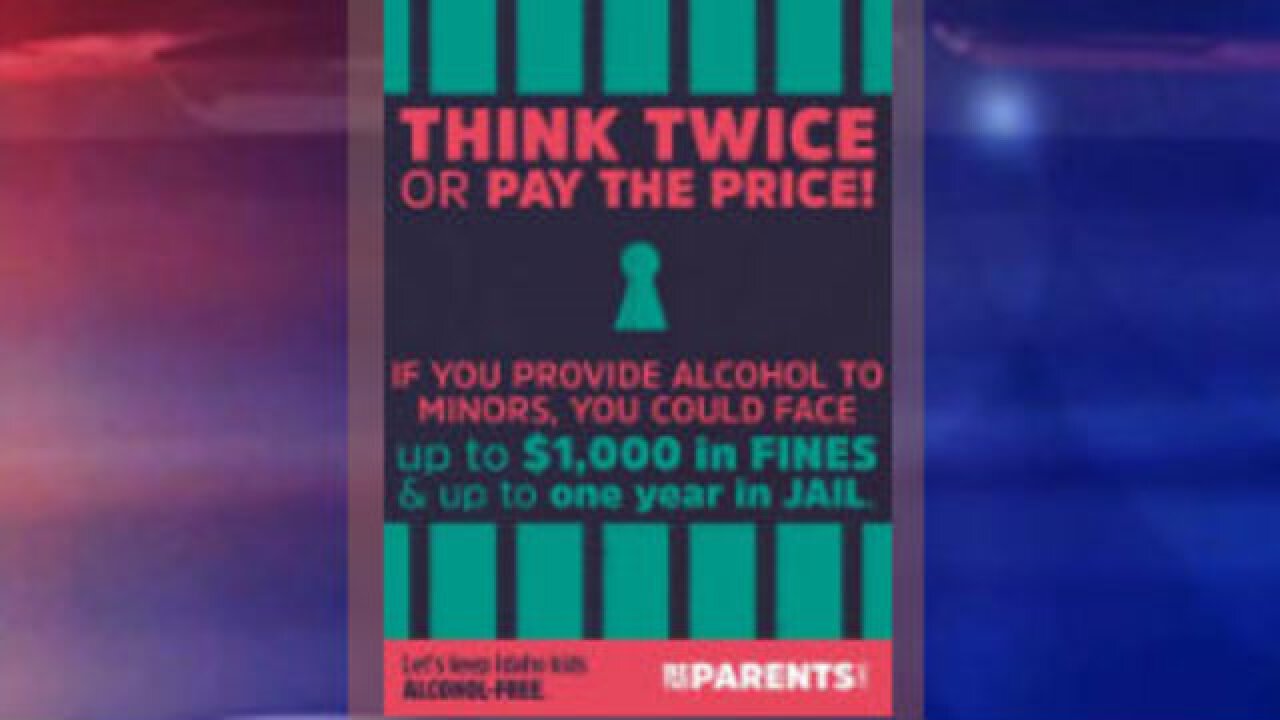 State officials are hoping to use “sticker shock” to stop underage drinking this holiday season –- in a statewide campaign by the Idaho Office of Drug Policy, the State Liquor Division and 22 community prevention organizations.

The youth-led “Sticker Shock” public awareness campaign starts Friday, November 24th in sixty liquor stores throughout Idaho. Organizers say its goal is bringing more public attention to the issue of underage drinking -- and the adults who provide alcohol to minors.

Student volunteers will place the stickers on the bags that customers use to carry their purchases from liquor stores. The “Think Twice or Pay the Price” stickers stand out on the store bags, and provides the reminder: “If You Provide Alcohol to Minors, You Could Face up to $1,000 in Fines and up to one year in Jail.”

“We know that 42.2 percent of Idaho youth who drink underage usually obtain alcohol by someone giving it to them, including through adults 21 and older who can purchase it legally,” said Nicole Fitzgerald, Administrator of the Idaho Office of Drug Policy.

“The Idaho State Liquor Division is proud to support this effort that’s of great benefit to the entire Gem State,” Division Administrator Jeff Anderson said. “We know that underage drinking doesn’t start with a drink; it starts with an excuse by adults -– the excuses they make when they think it’s harmless to provide beverage alcohol to underage people. ‘We did it when we were young,’ ‘It’s just beer.’ We’ve all heard the excuses. The bottom line is it’s not OK to give alcohol to people under 21.”

The Office of Drug Policy and the State Liquor Division leaders hope raising awareness about underage drinking, at the point of liquor sales, will help the message “stick.”