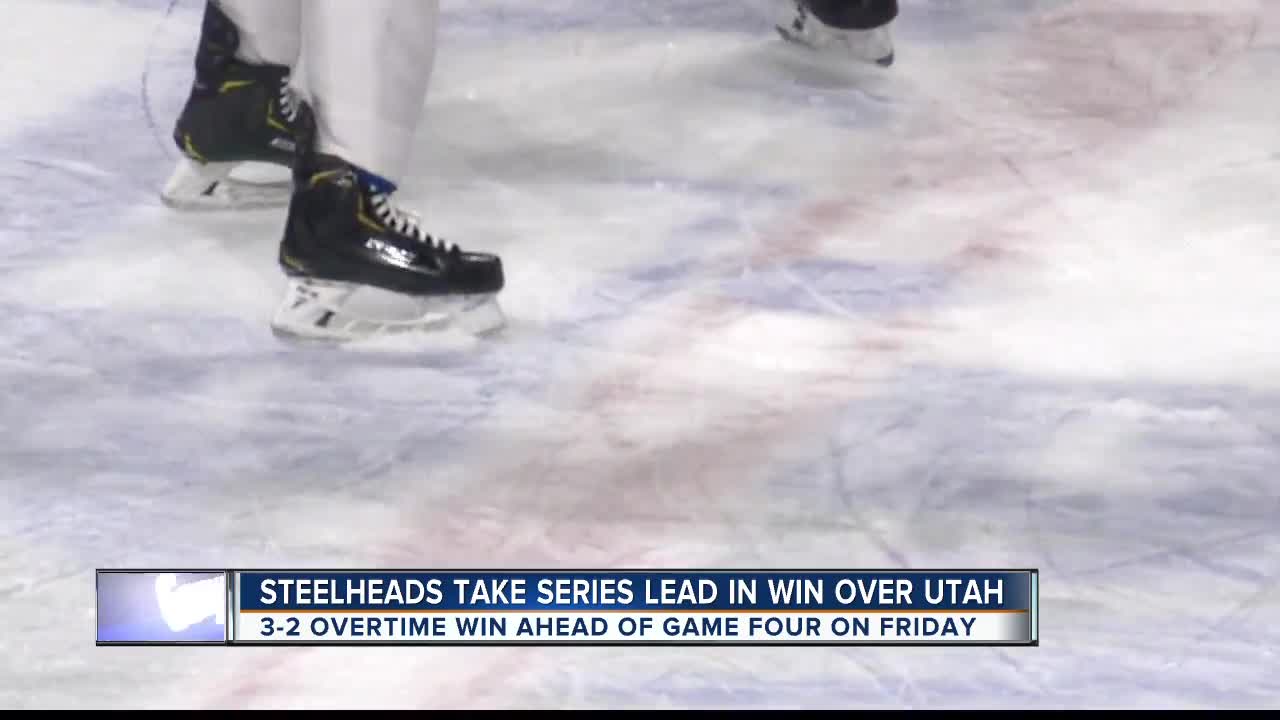 WEST VALLEY CITY, Utah — The Idaho Steelheads win a second straight overtime thriller, taking the series lead against the Utah Grizzlies. The pair are battling it out during round one of the Kelly Cup playoffs.

The Grizzlies led early against the Steelheads before a back-and-forth later in the game to tie it up. Not long into overtime, defenseman Colton Saucerman's right point was shot tipped by forward Kyle Schempp, giving the Steelheads a 3-2 victory.

The Steelheads also won 3-2 in overtime last weekend before the series moved to Utah. The Steelheads and Grizzlies face off again Friday night. The puck drops at 7:05 p.m. at the Maverik Center for Game Four of the Mountain Division Semifinal.

The Steelheads are playing for a third Kelly Cup Championship. You can find their schedule here or keep up with the series on social media: Facebook, Twitter, and Instagram.