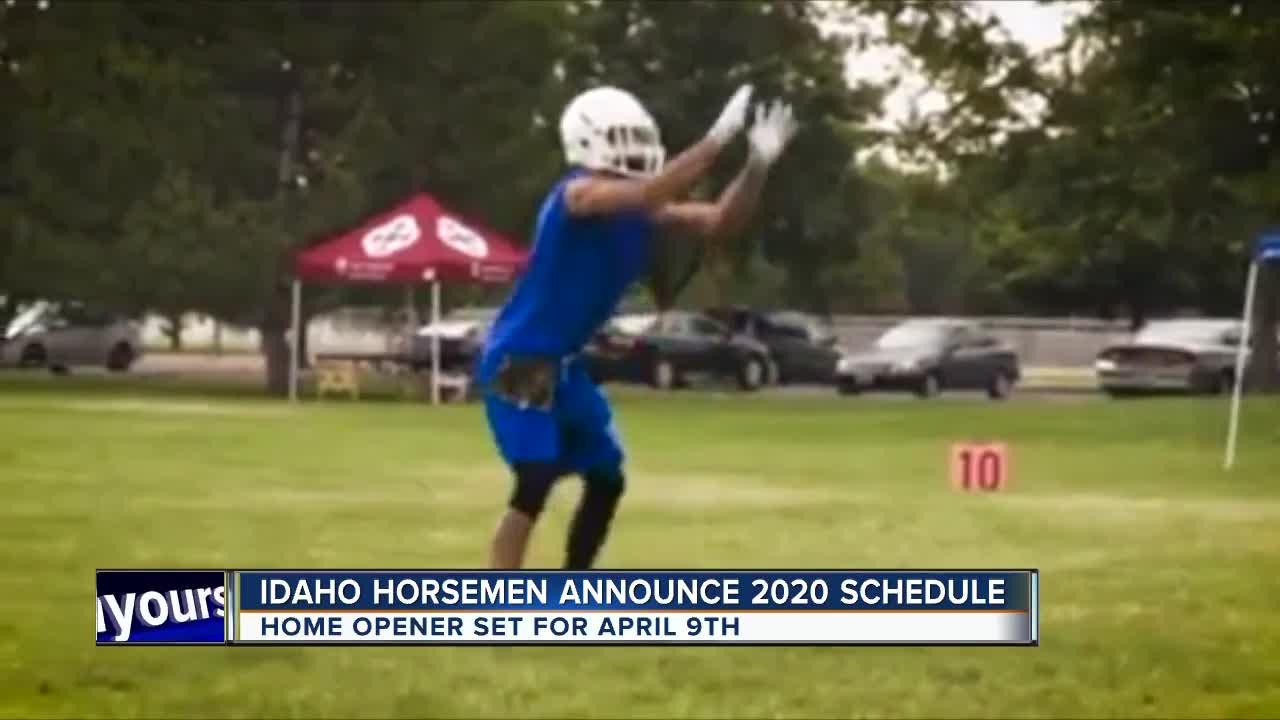 The season kicks off on Saturday, March 14 in Kennewick, Washington and concludes on Saturday, June 27. The league’s second season will begin with five teams after the addition of the Yakima Canines, based in Yakima, Washington.

The Horsemen opened preseason camp in early February with 15 out of 25 2019 roster members returning. The team will travel to Washington for its first game, taking on Tri-Cities Fire in Kennewick on March 28. The Horsemen’s 2020 home opener is Thursday, April 9 at the Ford Idaho Center. Kickoff is at 7 p.m.

The Horsemen are extending their inaugural season ticket deal to the first 350 fans. That deal can be found here with individual tickets on sale here.