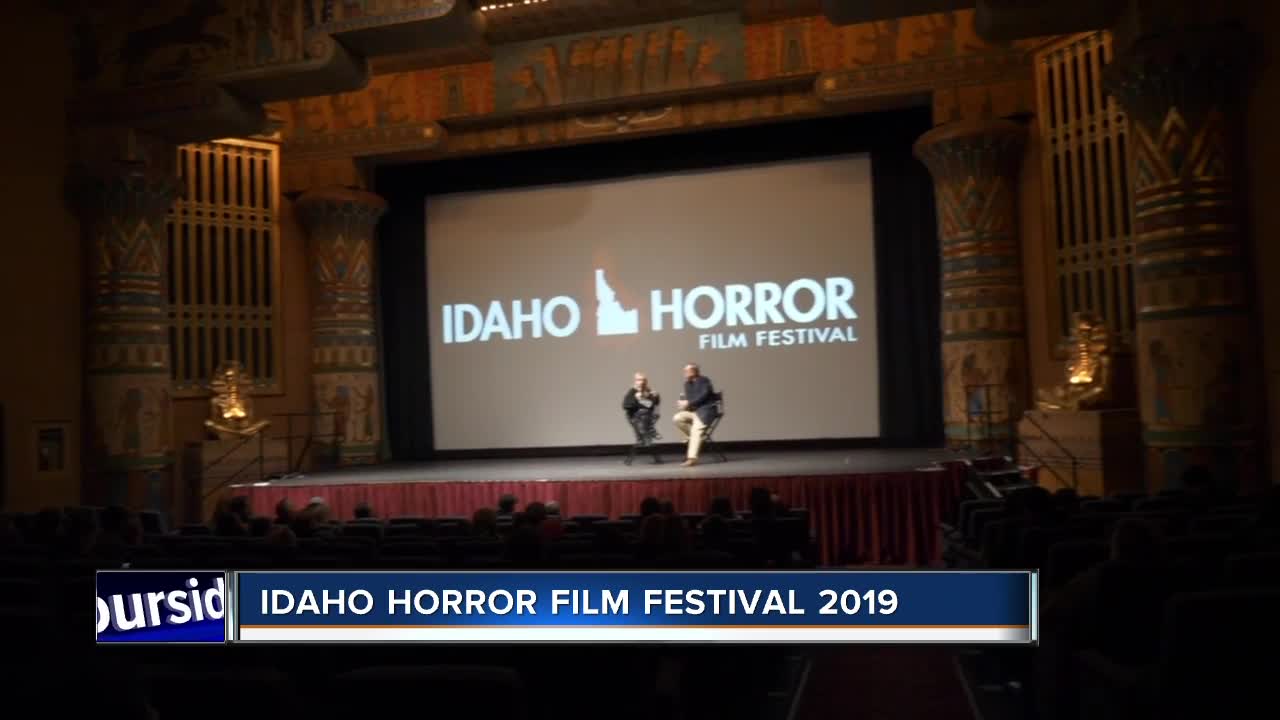 The festival attracts the latest and best genre films from around the world, with fans from around the country gathering in downtown Boise to take it all in. The three-day fest features an eclectic mix of horror, suspense, thriller, dark fantasy, sci-fi, and dark comedy on the big screen at the historic (and haunted!) Egyptian Theatre, plus other venues around town.

You'll find more than 60 short films, special programs, guests, and panels. Outside of the Egyptian, you can sign up to take part in the Downtown Bar Walk, Horror Poetry Slam, Flash Fiction Competition, and a Horror Trivia Night. Woodland Empire Ale Craft is also serving up the festival's own beer, the Draculager.

This year's panels will take place at The Owyhee lobby on Friday and Saturday. Subjects include Show Biz or Show Hobby?, a Filmmaker Panel, and Marketing Your Film. Festival guests this year: co-director and writer of "The Blair Witch Project" Daniel Myrick, "Hot Dog" director T.J. Yoshizaki, "The Good Girl" director Wesley Alley, and "The Swallow" director Elizabeth Findley.

The 2019 Trailblazer honoree is Chelsea Stardust, director of "Satanic Panic" and "Where Are You?" Festival goers can mingle with Stardust during the VIP Happy Hour, Filmmaker Mixer or the IHFF Awards Bash. A special screening of Stardust's feature "Satanic Panic" is set for 7 p.m. on Saturday, October 19, followed by a Q&A session. Tickets can be purchased here.

Other events include a family-friendly showing of Disney's "Halloweentown" Saturday morning, the world premiere of "The Tent," and showings of "The Rocky Horror Picture Show" and "Carrie." A full schedule can be found here.

Tickets and passes for the Idaho Horror Film Festival range from $5 to $150 and can be purchased here. There are also free events during the festival. You can keep up with all the latest through social media: Facebook, Twitter and Instagram.