Idaho has enough money to buy 130,000 acres of timberland 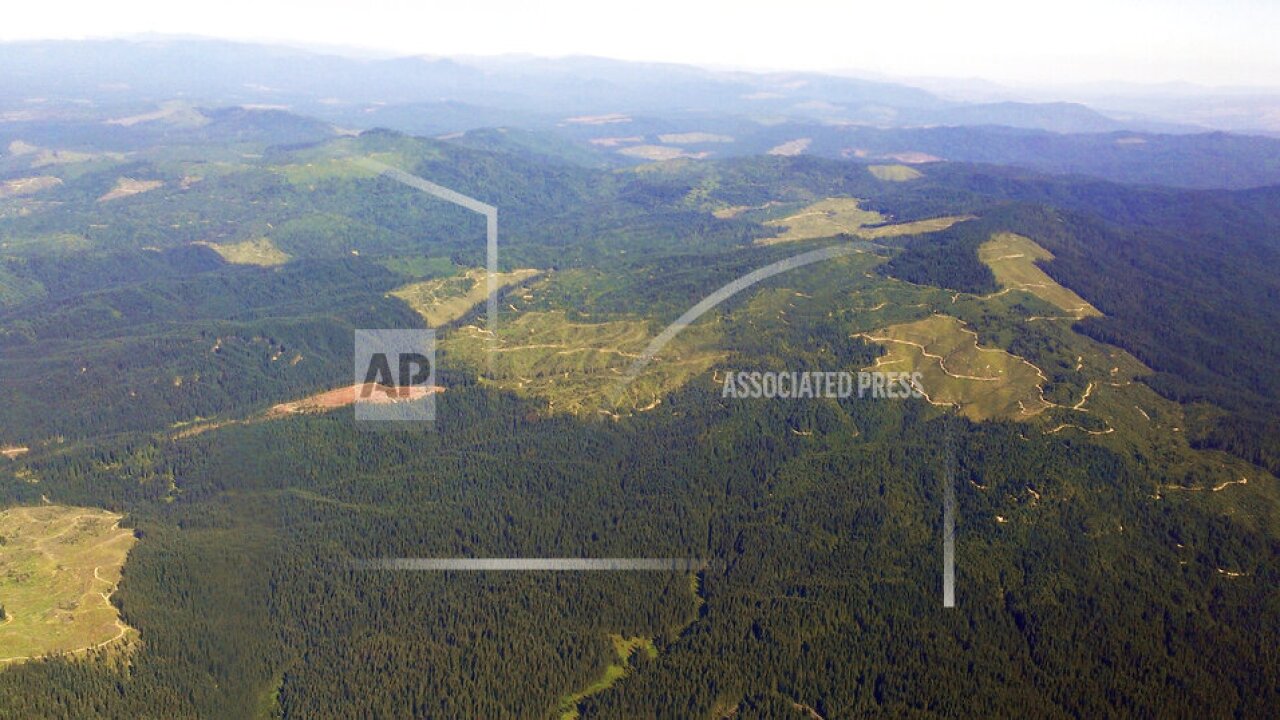 Rocky Barker/AP
FILE - This July 18, 2013 aerial file photo shows the mixed ownership of forests north of the Clearwater River, including Potlatch private forest, Idaho State Endowment Lands and Clearwater National Forest, in Idaho. Idaho officials at two state agencies say an agreement a little over a year ago formalizing public access to state lands has been a good deal for the agencies as well as a benefit to hunters, anglers and recreationists. The Idaho Department of Lands and Idaho Department of Fish and Game say both sides are benefiting from the 2018 agreement. (Rocky Barker/Idaho Statesman via AP, File)

BOISE, Idaho — If Idaho spent the remaining $150 million of the estimated $240 million it's getting from the sale of residential and commercial real estate, it could buy another 130,000 acres (53,000 hectares) of timberland, Gov. Brad Little was told Thursday.

Little and Attorney General Lawrence Wasden, both Republicans, and a financial expert took in that information and more as part of a subcommittee examining financial options for the Idaho Land Board.

Spending money to buy more land is fraught with political risks because private entities have complained about unfair competition from the state.

Not buying land also carries risks as state-owned land is open to the public for activities such as hiking, hunting and camping. The state also makes money through that avenue in a deal with the Idaho Department of Fish and Game.

"If you want to blame somebody, blame Congress," Little said after the meeting. "From the get-go, the state has been in the land business."

Idaho received about 5,600 square miles (14,500 square kilometers) of endowment lands from the federal government when it became a state in 1890 to fund specific beneficiaries, mainly K-12 public schools.

The five-member Land Board oversees about 3,800 square miles (9,800 square kilometers) of land the state still has and is constitutionally mandated to get the greatest return over the long run. The board in recent years has distributed about $80 million annually to beneficiaries.

Thursday's meeting included a presentation from Darrell Early of the Idaho attorney general's office explaining the Land Board's constitutional and statutory limitations on how it manages state lands.

A previous Land Board lost a federal court case after making a deal involving grazing leases to ranchers — a deal that strayed outside those constitutional and statutory boundaries, Early told the board.

The meeting also included a presentation from Janet Becker-Wold of Callan, the board's financial adviser, who noted the Land Board's investments have done exceedingly well in the last decade.

"You're held up as the model for land trusts in terms of how you balance these risks out," she said.

Money from the endowment lands has also been invested in the stock market through the land grant endowment fund that also generates money for beneficiaries. The fund had a value of $2.3 billion in August.

Money from the ongoing sale of the residential and commercial properties goes into a land bank fund that has a deadline requiring the money be spent within five years before going into an investment fund where it can no longer be used to buy land.

The land bank fund currently has about $115 million, with another $35 million expected with additional sales.

The board previously spent $50 million from the fund to buy 36,000 acres (15,000 hectares) of timberland, while another $46 million has gone into the investment fund.

David Groeschl of the Idaho Department of Lands told the subcommittee that using all the remaining money to buy timberland would increase the state's timberland holdings by 10 percent. He also said the timberland the state recently bought will add about $3 million annually to state lands revenues.