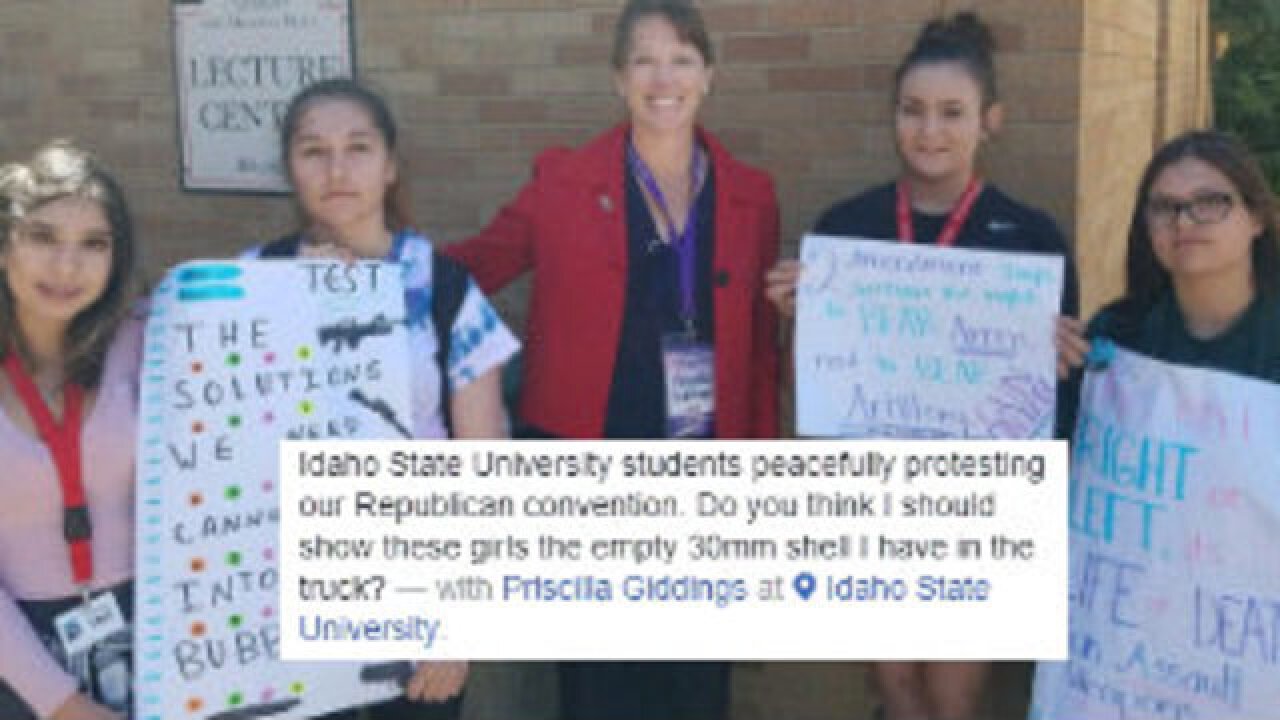 Copyright 2018 Scripps Media, Inc. All rights reserved. This material may not be published, broadcast, rewritten, or redistributed.
facebook

An Idaho state representative is being criticized for what critics say was a threatening social media message directed at young students protesting the state GOP convention.

Priscilla Giddings, a combat veteran and U.S. Air Force Reserves pilot, posted a photo of herself standing with three protesters on Facebook Friday. The protesters were holding signs advocating for gun control, and Giddings' caption read in part, "Do you think I should show these girls the empty 30mm shell I have in the truck?"

Critics quickly began weighing in, some claiming the caption was meant as a threat. Chelsea Clinton was among those commenting on Twitter, calling the post “monstrous.”

Giddings declined to comment about her social media post, but she told The Associated Press she would release a statement.