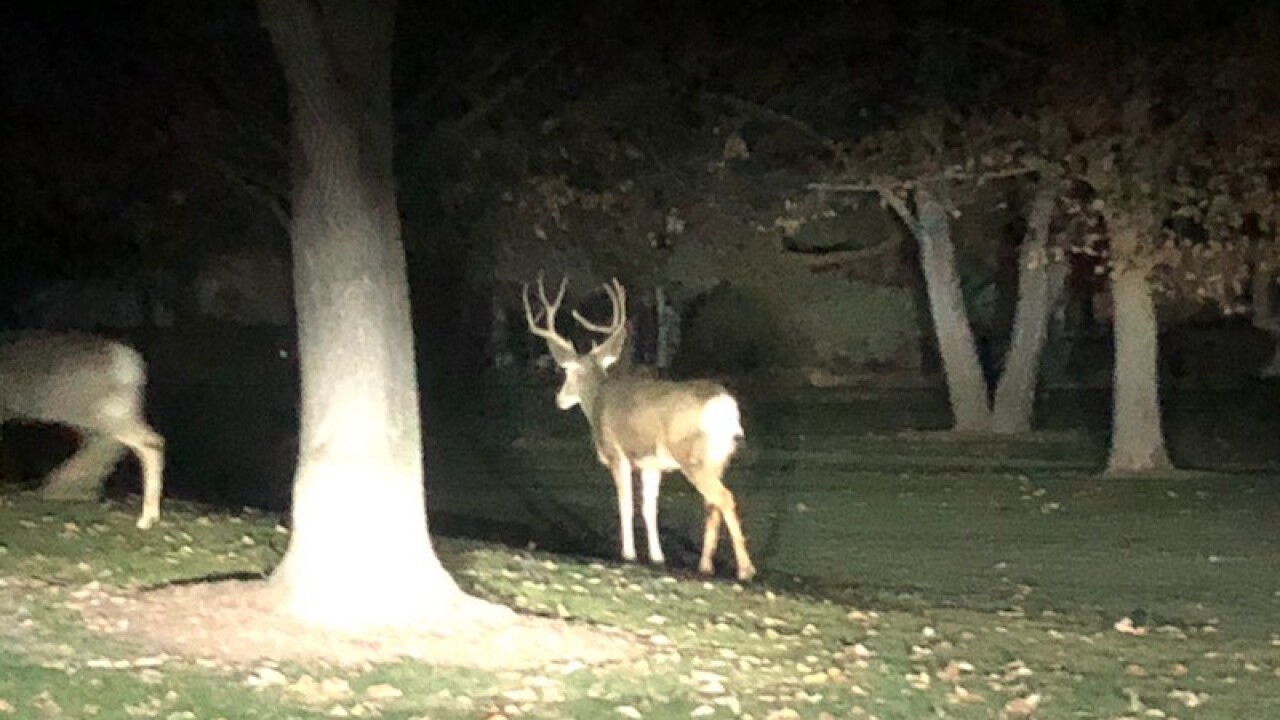 David Noot -- used with permission
Have you seen this deer? Fish and Game believes this buck mule deer may have been poached in Boise’s Baggley Park in the early morning hours of December 10th. Citizens with information about the case are encouraged to contact Fish and Game.

BOISE, Idaho — Idaho Fish and Game is asking for your help in solving a mule deer poaching case in Boise's Baggley Park. Citizens Against Poaching (CAP) is offering a reward for any information in the case.

Fish and Game conservation officer Joey Ishida responded to the report of the poaching and found blood next to the tennis courts in the park, located just off Parcenter Boulevard. A drag trail led northeast out of the park and ended in a cul-de-sac at the end of South Crosscreek Lane.

Based on the evidence, Ishida believes the deer was poached between 1 and 3 a.m. on December 10, dragged across the park and loaded into a vehicle in the cul-de-sac.

“It appears that the deer, possibly a large buck well-known by neighbors, was hit with an arrow in the common area, bolted across Parkcenter Boulevard and died a short distance into Baggley Park,” Ishida said.

Security camera footage obtained by Idaho Fish and Games shows a darker colored Jeep Wrangler with a brush guard cruising through nearby neighborhoods around 2:15 a.m.

As the weather gets colder, more deer and elk are coming down from the mountains and into the Wildlife Management Area outside of Boise.