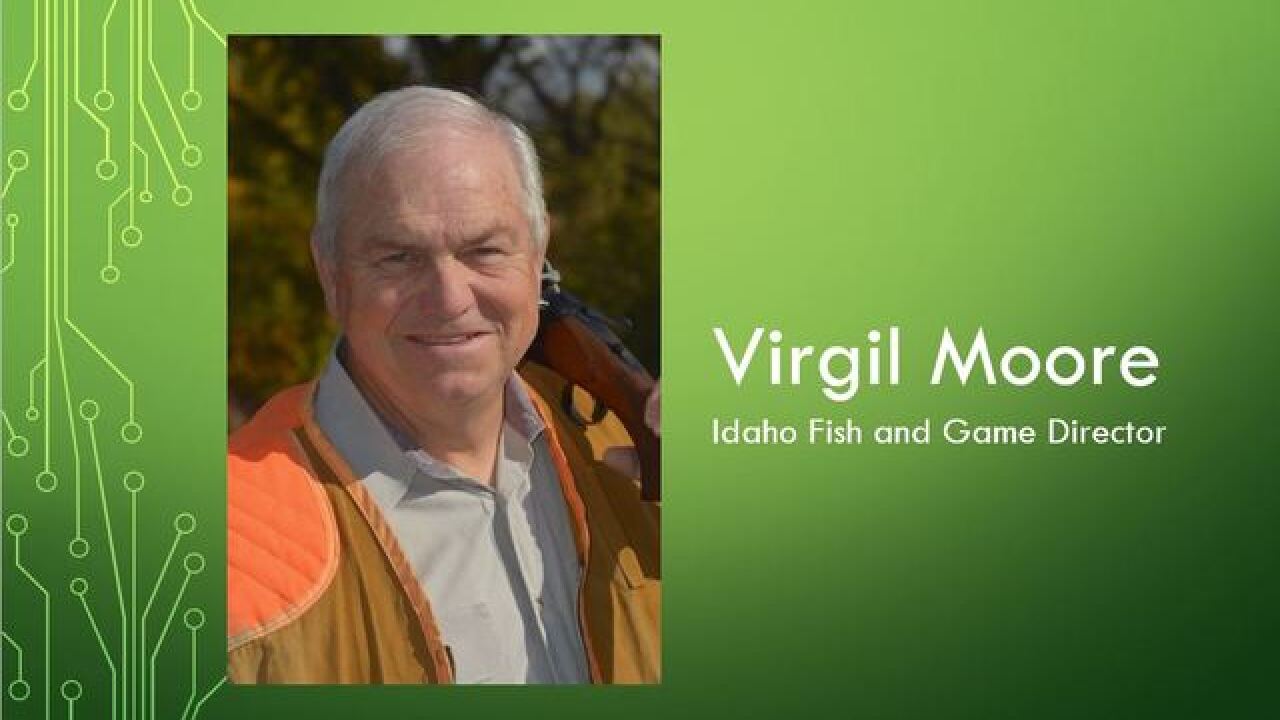 Copyright 2018 Scripps Media, Inc. All rights reserved. This material may not be published, broadcast, rewritten, or redistributed.
Idaho Fish and Game

The director of the Idaho Department of Fish and Game is retiring.

Sixty-seven-year-old Virgil Moore announced his retirement Tuesday but says he intends to remain until a new director is selected and in place.

He oversaw the federal delisting and state management of wolves and played a role in Idaho's sage grouse plan.

Most recently, he signed an access agreement with the Idaho Department of Lands involving access for outdoor enthusiasts.

Moore served as the director of the Oregon Department of Fish and Wildlife for less than a year before deciding to return to Idaho in 2007 as fisheries bureau chief for Idaho Fish and Game.

Moore says he plans to stay in Idaho and continue hunting and fishing with his family.