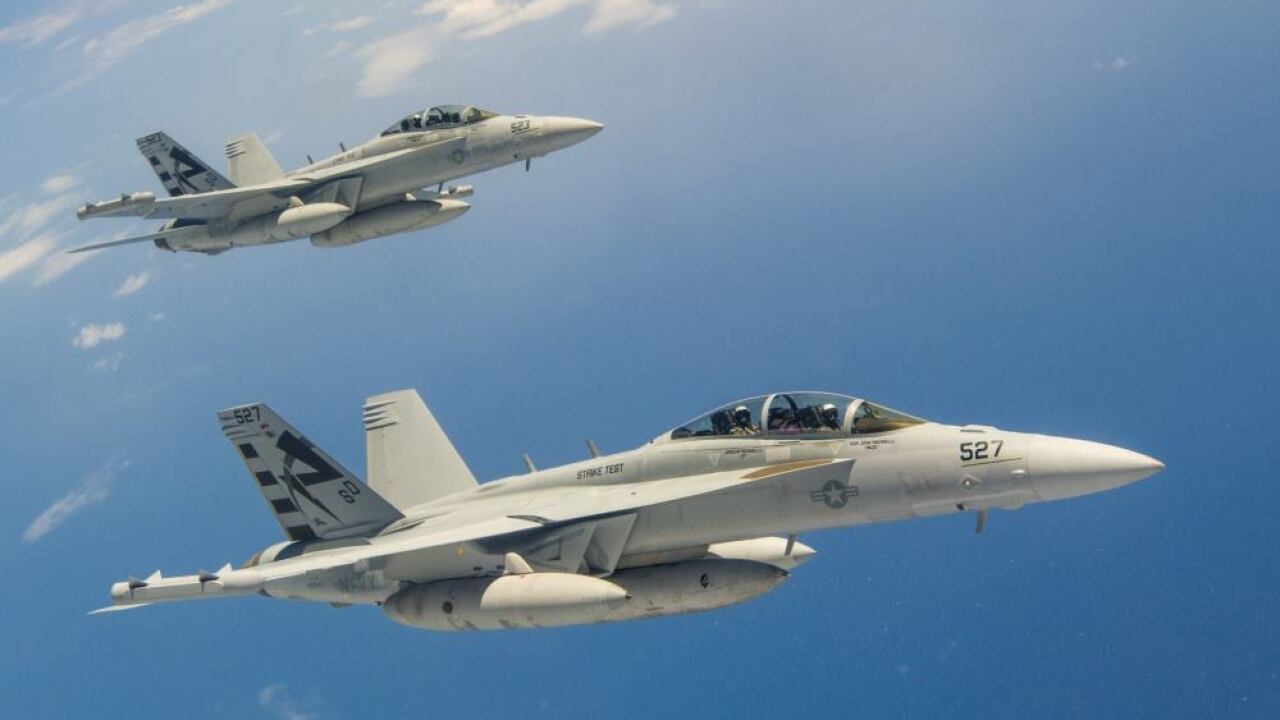 The F-18s, based at Naval Air Station Oceana in Virginia, will arrive April 22 to train with A-10s from the 124th Fighter Wing's 190th Fighter Squadron starting Tuesday, April 23. Trainings will happen during both daylight and nighttime hours, but will not go past 10 p.m.

“In order to maintain combat readiness, it is critical that we train with units from other services that operate different fighter aircraft,” said Col. Tim Donnellan, 124th Fighter Wing Commander. “This type of training is invaluable in order to establish interoperability before we partner in combat.”

The two units are training together to increase proficiency in close air support and forward air controller missions. About eight F-18s and six A-10s will fly twice per day, once in late afternoon and once in the evening. Upon leaving Gowen Field, the aircraft will fly to the military operating areas south of Boise, typically used by the Idaho Air National Guard and units based at Mountain Home Air Force Base.

“Whenever we host aircraft at Gowen Field, a major concern is the potential impact on our community,” Donnellan added. “We always anticipate a flight line louder than normal anytime we host additional aircraft, but we owe it to our neighbors to mitigate those impacts as much as possible. Anyone with concerns is encouraged to call us so we can address them directly.”

For public inquiries or noise concerns, a special phone line has been established to address comments from the public: 208-422-5252.