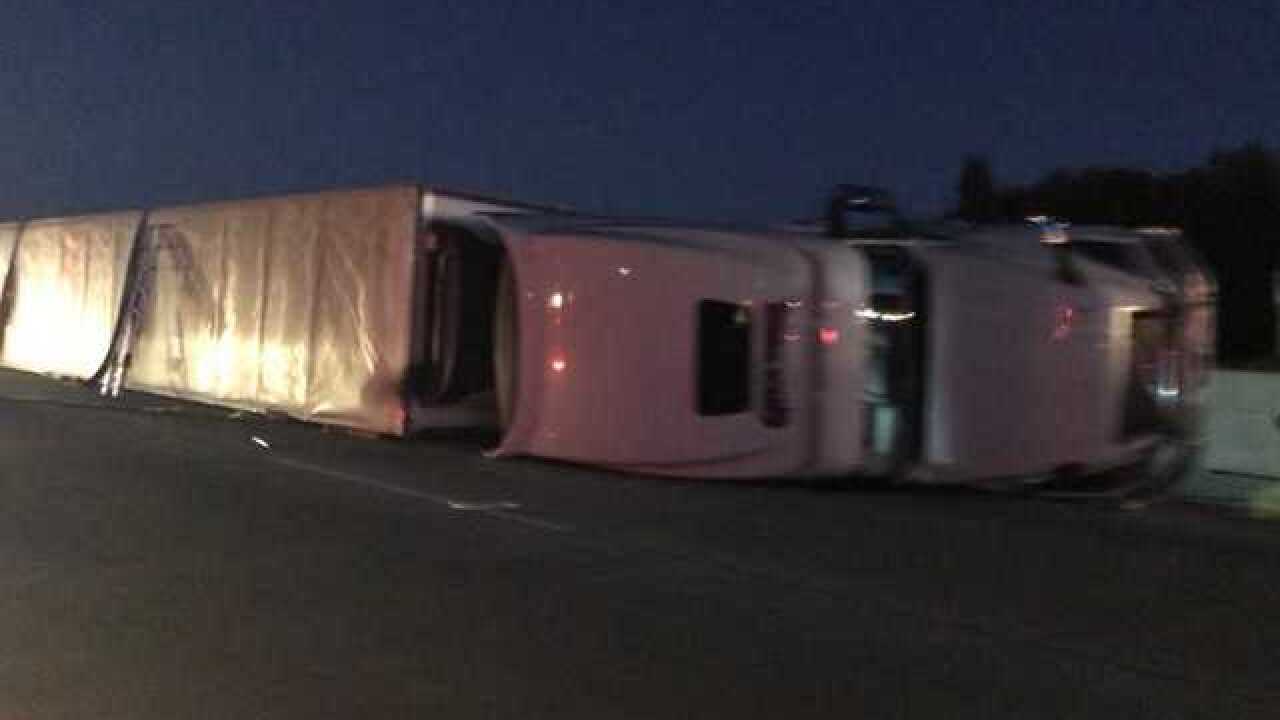 All eastbound lanes of Interstate 84 are now open following a semi rollover near the Eagle Road interchange early Tuesday morning.

The rollover caused eastbound morning commute traffic to back up about several miles, nearly to the Garrity Blvd. exit in Nampa. Eastbound drivers detoured around the crash site by getting off the Interstate at the Ten Mile Road and Meridian Road exits, causing traffic congestion on eastbound Overland Road.

The I-84 lanes were reopened about 9:30 a.m., according to an Idaho State Police dispatcher. Crews cleared away the wreckage about the same time.

There were no reports of injuries in the crash.