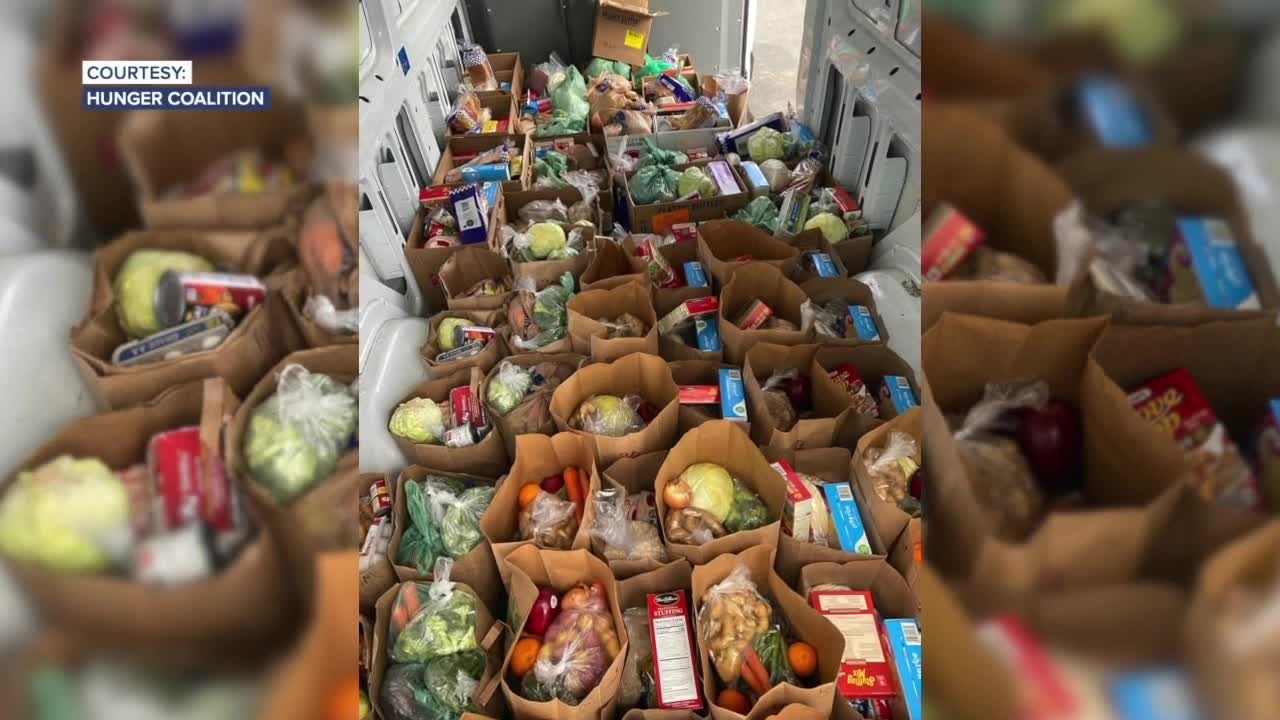 BLAINE COUNTY, Idaho — Blaine County is known for its gorgeous mountain views and tourism, and the pandemic has hit those living there especially hard when it comes to putting food on the table.

"The United Way put out a survey that has said actually one in three people in Blaine County are considered food insecure, one crisis away," explained Kristen McMahon, the Communications and Development Supervisor for the Hunger Coalition. "Definitely surprising to most people. When they think of Blaine County they think of the affluence, the beautiful landscapes, the resort."

"We actually have now the fifth-highest food costs in America. Hailey is home to the 9th greatest wealth inequality in the nation," McMahon said. "You might be above the poverty level in terms of income, but when it comes to the cost of living you're still experiencing hunger, food insecurity conditions...and there's a prevalence of low wage seasonal jobs to help support our tourist economy"

At the height of the pandemic in Blaine County, the need was at a level the Hunger Coalition had never seen before.

A graph from the Hunger Coalition shows food pantry distribution skyrocketed in the month of April, 2020.

The Hunger Coalition says the numbers have dropped for the month of July. As of right now, they're serving around double the people they normally would through their food pantry.

"With that demand for food increase, the amount of generosity from our community, the number of people stepping up and giving everything they can to support their neighbors has doubled, tripled, quadrupled with the need," McMahon said. "That's been a beautiful silver lining with it all."

The Hunger Coalition is working on new ways to address the roots of food insecurity and is also working to reduce the stigma surrounding getting help.

"That kind of inspired this new wave of programming under the name Bloom, which are these super happy, healthy community-building programs steeped in good food and connecting to your neighbor from all walks of life," explained McMahon.

Some of those programs include a community garden and a food truck through a partnership with the library.

The Hunger Coalition has also broken ground on a new facility they hope will continue allowing them to serve their community.

The Hunger Coalition says the new facility, dubbed the Bloom Community Food Center, will include:

The Bloom Community Food Center is scheduled to be finished early next year.