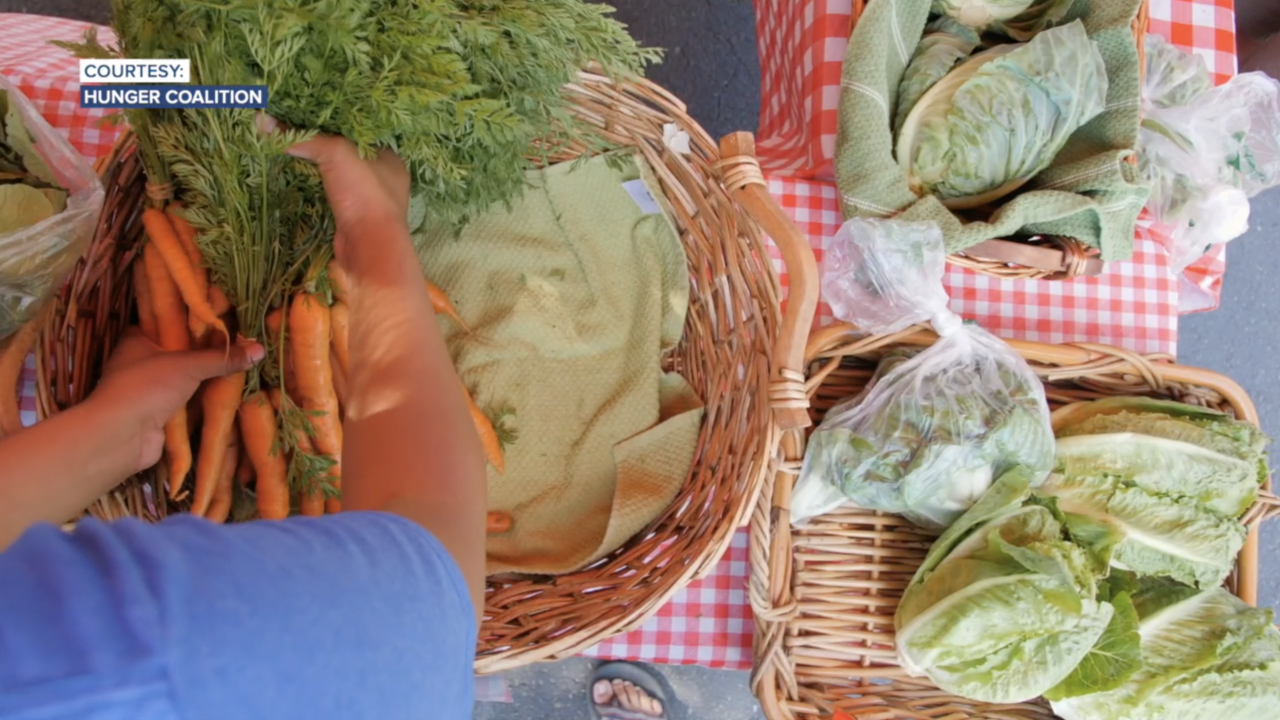 BLAINE COUNTY, Idaho — The Hunger Coalition is working with its partners at local libraries to make sure kids have full bellies and minds.

All summer long, the Hunger Coalition has been partnering with the local library to bring kids free lunches and books. It's all part of their Bloom Truck program, which travels to different neighborhoods from Carey to Ketchum.

The Bloom Truck sits and showcases its library at one of its stops in Blaine County.

The idea is to reduce the stigma surrounding food insecurity and getting help--and to provide kids with much-needed support over the summer.

"Just like a place to go for food, but also for engagement and interaction, where they see their friends, get a book from the library and engage with community partners," said Sloan Storey, the Children's Programs Supervisor at the Hunger Coalition. "Really a place for anyone and everyone."

The program was extended an extra three weeks after the first day of school was pushed back to September 8th.

"We've actually needed to extend our program three extra weeks when school was pushed back three weeks. We're having to fill that gap," said Kristen McMahon, Communications Director at the Hunger Coalition. "There's so many kids who rely on their school lunches who don't have access to those right now. So we're doing everything we can to fill the void and keep kids fed and happy."

This is the last week for the program before the Hunger Coalition starts gearing for its fall programs.

As Idaho News 6 has reported, Blaine County is an area that's struggled with food insecurity long before the pandemic. Pre-COVID, the Hunger Coalition says their programs fed nearly 20% of the Blaine County community each year--and data suggests the number of those actually in need in the area is much higher than that.

"The United Way put out a survey that has said actually one in three people in Blaine County are considered food insecure, one crisis away," explained McMahon. "Definitely surprising to most people. When they think of Blaine County they think of the affluence, the beautiful landscapes, the resort."

A graph from the Hunger Coalition shows food pantry distribution skyrocketed in the month of April, 2020.

"We actually have now the fifth-highest food costs in America. Hailey is home to the 9th greatest wealth inequality in the nation," McMahon said. "You might be above the poverty level in terms of income, but when it comes to the cost of living you're still experiencing hunger, food insecurity conditions...and there's a prevalence of low wage seasonal jobs to help support our tourist economy"

The Hunger Coalition has also broken ground on a new facility they hope will continue allowing them to serve their community.

The Hunger Coalition says the new facility, dubbed the Bloom Community Food Center, will include:

The Bloom Community Food Center is scheduled to be finished early next year.