Honoring veterans at the Idaho State Veterans Home in Boise 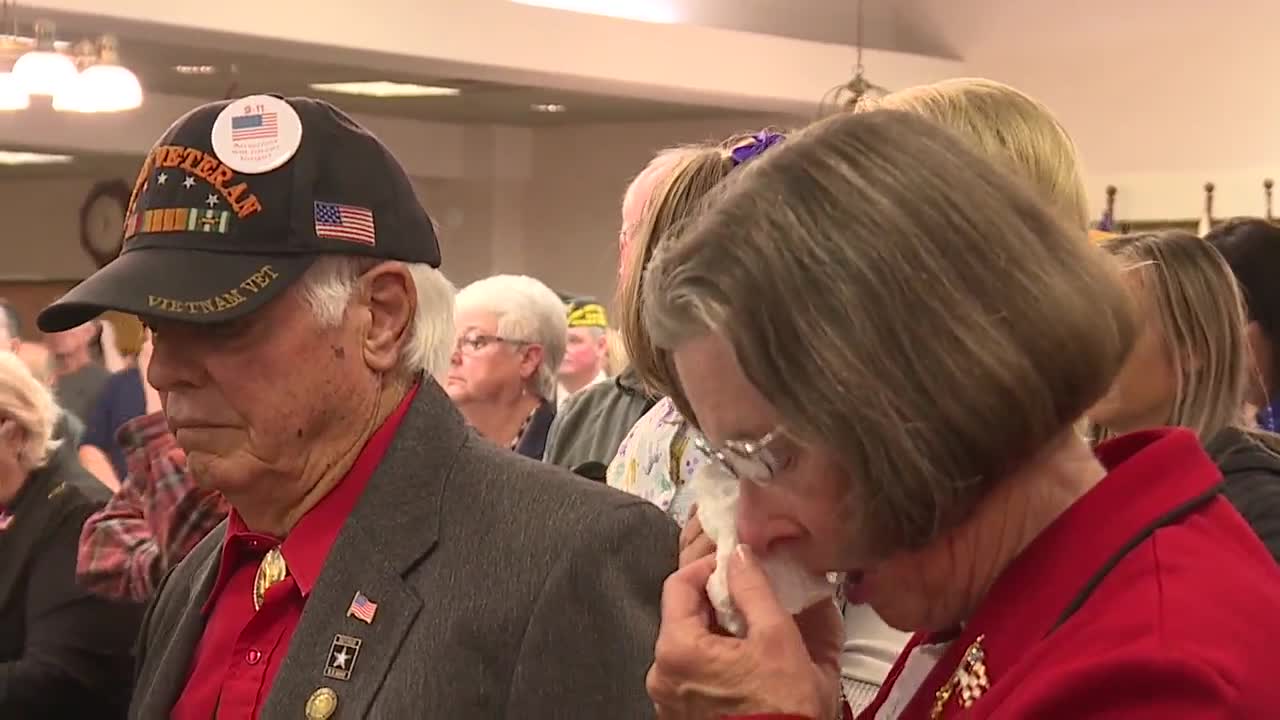 The Idaho State Veterans Home hosted a ceremony to pay tribute to the heroes who have fought for our freedoms.

BOISE, Idaho — The Idaho State Veterans Home hosted a ceremony to pay tribute to the heroes who have fought for our freedoms.

Governor Brad Little, Major General Michael Garshak of the Idaho National Guard and former marine Josh Callahan who works as the public affairs manager at the Boise VA Medical Center all made remarks.

Callahan delivered a strong message to veterans telling them their service doesn't end when they take off their military uniform, Callahan credited a U.S. Congressman of helping him after he sustained a serious injury as a marine.

"I still have an obligation to serve our country, to serve other people and serve our veterans who are coming home now," said Callahan.

Several veterans and people who support vets were honored with Spirit of Freedom awards for their contributions and one of those was Lucile Summerlin who volunteers at the Idaho State Veterans Home, her son and husband were beaming with pride and both of them served our country.

"I just can't describe the feeling I have right now," said Capers Wade Summerlin a U.S. Army veteran. "Being here on Veteran's day is a great honor."