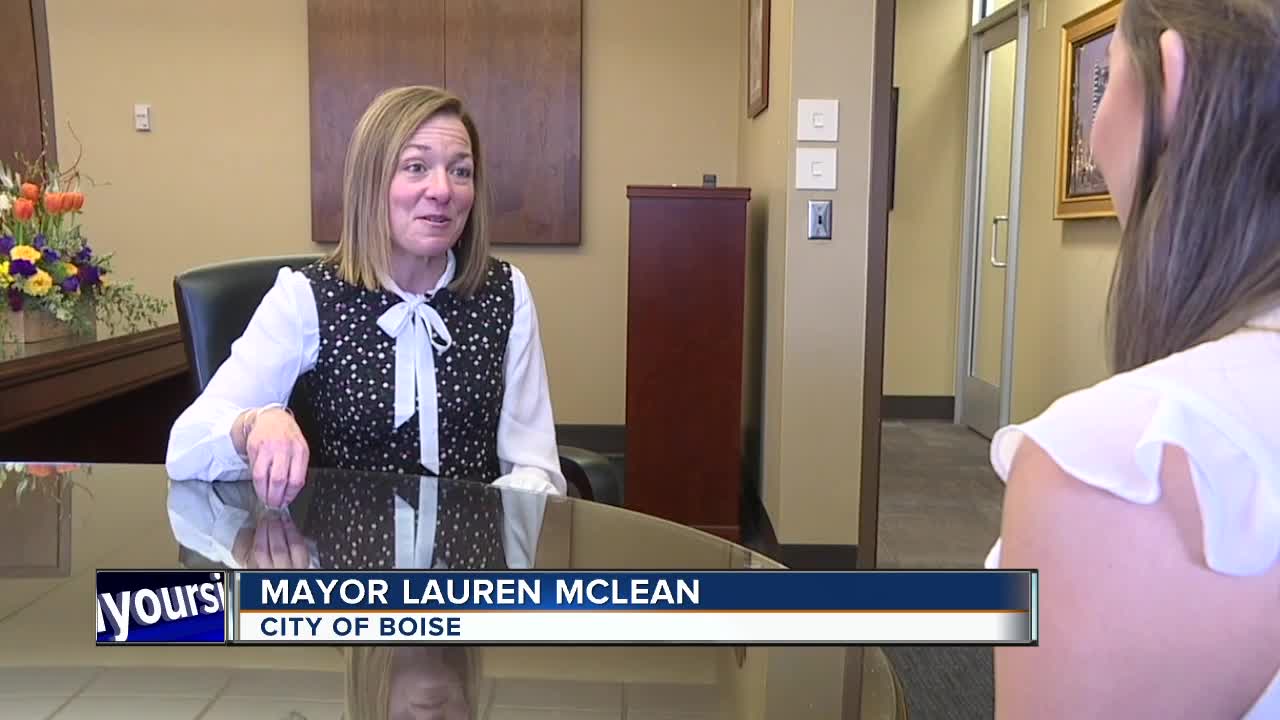 This weekend's Women's March outside the Capitol comes against a backdrop of recent milestones for women in Idaho. But the Women's March participants are not the only group of ladies that will convene with a cause in downtown Boise on Saturday morning.

BOISE, Idaho — This weekend's Women's March outside the Capitol comes against a backdrop of recent milestones for women in Idaho.

It's not only the 100th anniversary of some women's right to vote in Idaho, but history was also recently made in the state's capital as Lauren McLean became the first elected female to take office as Mayor of the city of Boise.

"It's not that one voice is right or wrong," said Jessica Flynn, board member of the National Women's Business Council. "It's just that when we broaden out the perspectives that we welcome in, that can be so beneficial to how a community moves forward and benefits a state as well."

This year's Women's March theme is "demonstrating the power of Idaho women in our democracy," which is fitting given recent events.

"There were a lot of young girls who wanted to sit in the seat at the end of the evening," said Mayor McLean. "A couple jumped right into my lap and just wanted to touch the gavel, but just more importantly just say 'Hi Mayor.'"

"I didn't realize how emotional it would be to attend the swearing in ceremony," said Flynn. "The biggest impact on me was seeing the mothers and fathers who brought their daughters to witness this -- and to see their excitement and interest, and just the celebration of this and what it means for Boise."

McLean's swearing in ceremony was not the only election-related milestone achieved recently -- Idaho also recently saw a swearing in of our first female Lt. Governor, Janice McGeachin.

"From saying 'Madam Mayor,' to recognizing our first female president of our university, and first female presidents of major corporations," said Flynn. "there's this phrase, that says, 'You can't be what you can't see.' And whether that is in the media, on the screen, or at the biggest seats of power in our city and our city, it's huge to see yourself reflected back."

With momentous occassions like these, it's easy to see how far we've come -- and how far we still have to go.

"And hopefully also this will be a domino effect of more women follow in those positions, and it won't be an odd thing that we have to mark as 'the first,' because it just becomes the norm."

Saturday's Women's March kicks off at the Idaho State Capitol at 9:00 a.m. Female leaders have been invited to speak and Paulette Jordan will serve as Master of Ceremonies. More information on that can be found here.

But the Women's March participants are not the only group of ladies that will convene with a cause in downtown Boise on Saturday morning. Idaho MAGA girls say they plan to gather in Capitol Park at 8:30 a.m. to "peacefully resist" the Women's March. They argue the Women's March doesn't speak for all women, rather, they say they want to make sure their voices are heard on issues relating to guns, abortion, and other issues too.