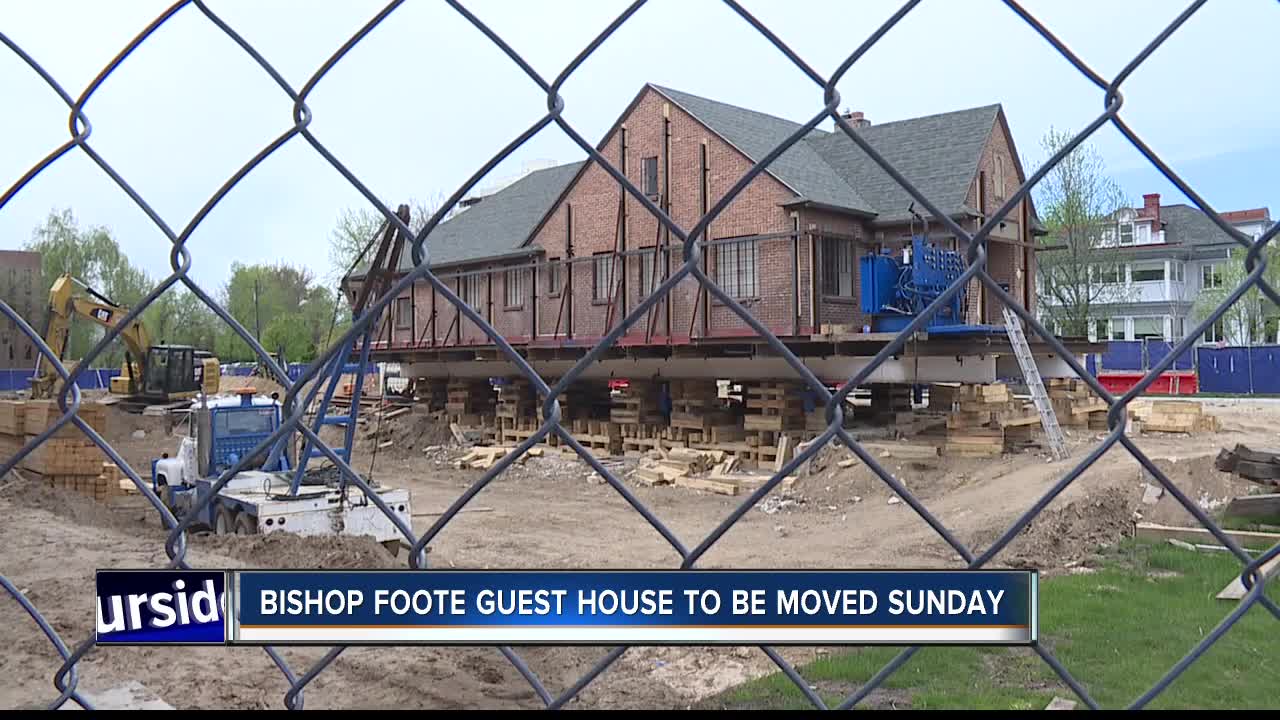 There are plans to move the 300 ton Bishop Foote Guest House in Boise.

BOISE — Crews were intending Friday morning to begin relocating the historic, 304-ton Bishop Foote Guest House at Jefferson and 2nd Streets in downtown Boise, to make way for the St. Luke’s hospital expansion -– but those plans have now been delayed.

“Crews from Western States Movers, the company moving the house, learned today that the complex dolly system that will used to move the house along the street to its new location wasn’t quite ready,” said St. Luke’s Hospital spokesman Daniel Mediate. “So today, we had to reschedule our plans.”

Crews are now set to spend several hours Sunday moving the brick house up and off its current site at Jefferson and 2nd Streets and into the intersection. They will then spend several additional hours using the giant dollies to slowly turn the house and position it to move down Jefferson toward 1st Street.

Emergency patients will continue to have access to the Emergency Department, but are encouraged to use the entrance on Idaho Street at Avenue A.

The house will then be parked overnight in a vacant lot at the intersection of Jefferson Street and Avenue B, several blocks away from its original site, Mediate said.

The house will remain at the lot until the following weekend, when crews are planning to move the structure on to its permanent location on Avenue B between Bannock Street and Warm Springs Avenue.

Since plans have been rescheduled, the second leg of the move will be pending approval from the Ada County HighwayDdistrict, Mediate pointed out. “We want to move the house at a time when it will have minimal impact on traffic in the area,” he said.

“More than 100,000 people lodged there over forty-plus years,” Kissee said.

Once the home of Rt. Rev. Norman Foote, who served as the Episcopal Bishop of Idaho from 1957 to 1972 and as President of the St. Luke's Hospital Board of Directors during that time.
Bishop Foote retired in 1972 due to poor health related to emphysema.

"His contributions to St. Luke's include the creation of St. Luke's MSTI and changing St. Luke's Board leadership structure to go from being controlled by one person to becoming a community-owned and operated hospital,” according to a hospital news release.