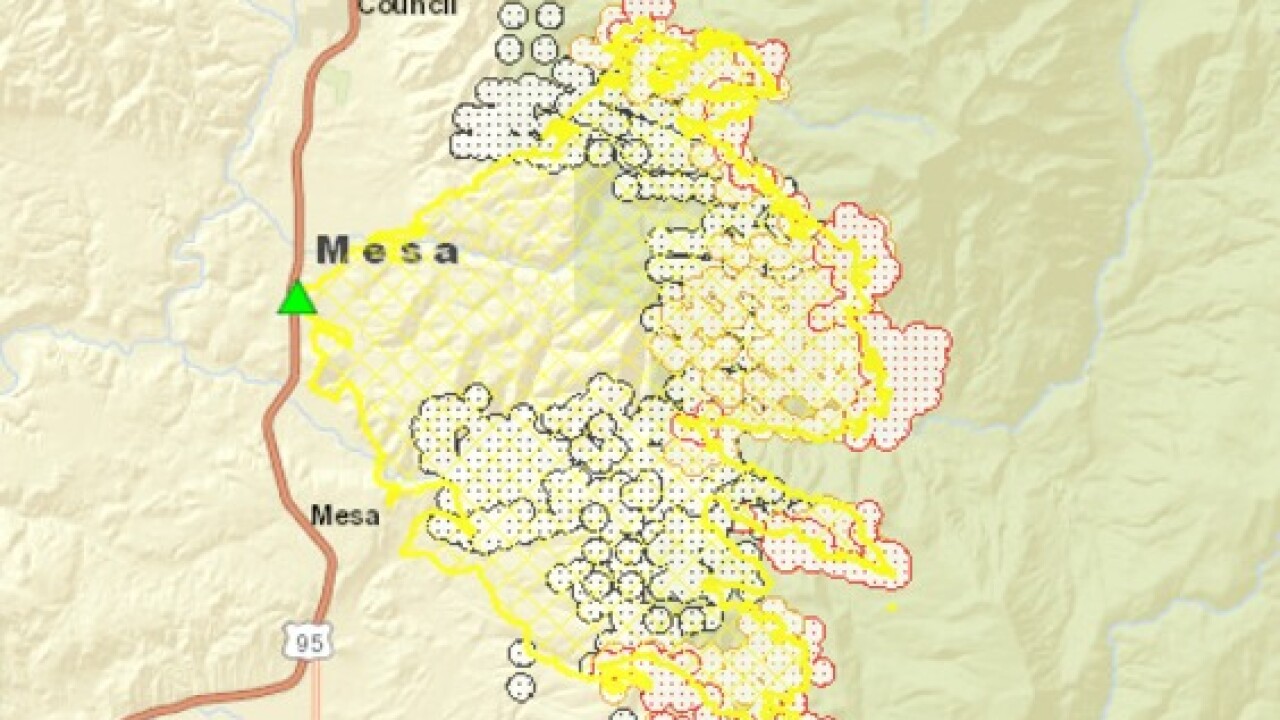 Original story: As of 9:44 p.m. Friday night, Highway 95 is reopened to traffic.

The highway had been subject to periodic closures and restrictions from roughly 8 miles north of Weiser to Midvale, due to the Keithly and Mesa wildfires. The Mesa fire has also prompted evacuations for the Cottonwood Rd., South Exeter and Cool Creek areas in Adams County.

Adams County Sheriff's Office is ordering a level 3 evacuation, which is the most urgent. They encourage people to leave those areas immediately because there is a danger in the area which is current or imminent.

Fire officials tell us the Keithly fire is now nearing 12,000 acres or nearly 19 square miles. The Mesa fire is newer, burning about 1,500 acres, but close to the highway as well.