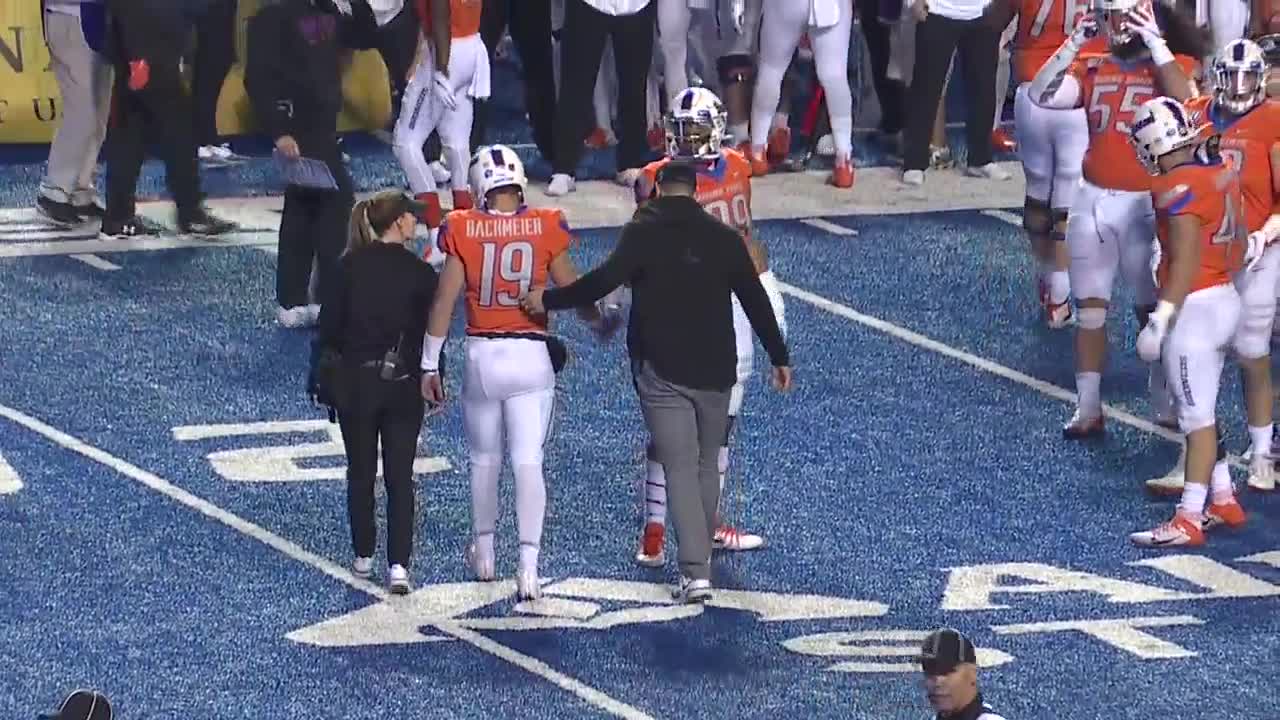 The Boise State Broncos are coming off their most complete game of the season as they defeated Hawaii 59-37 in front of a sold out crowd on the blue.

BOISE, Idaho — The Boise State Broncos are coming off their most complete game of the season as they defeated Hawaii 59-37 in front of a sold out crowd on the blue.

The victory didn't happen without a cost though as freshman quarterback Hank Bachmeier left the game with a hip injury and didn't return.

Coach Bryan Harsin told the media the injury wasn't season ending, but that's as much detail as Harsin would go into when asked about when Bachmeier could return.

However, the Broncos offense didn't skip a beat when Chase Cord replaced Bachmeier and so far this season the redshirt sophomore has gone 20-35 for 295 yards with six touchdowns and zero interceptions.

“What fired me up about that room is you have Hank who is a starter he’s getting himself ready, you got Chase as the backup he got himself ready and you got Jaylon who's got a little piece of the pie," said Coach Bryan Harsin. "All three of those guys were productive.”

The 14th ranked Boise State Broncos are 6-0 and currently ranked as the top team in the Group of Five, however, SMU is not far behind as the Mustangs are ranked 19th with a 6-0 record.

The Broncos turn their attention to the Cougars as Boise Statte travels to play at BYU this Saturday at 8:15 p.m. The game will air on ESPN2.

"We got a lot of respect for BYU and what they do," said Coach Harsin. "But at this time it is really what are we going to do and how do we get ourselves ready."